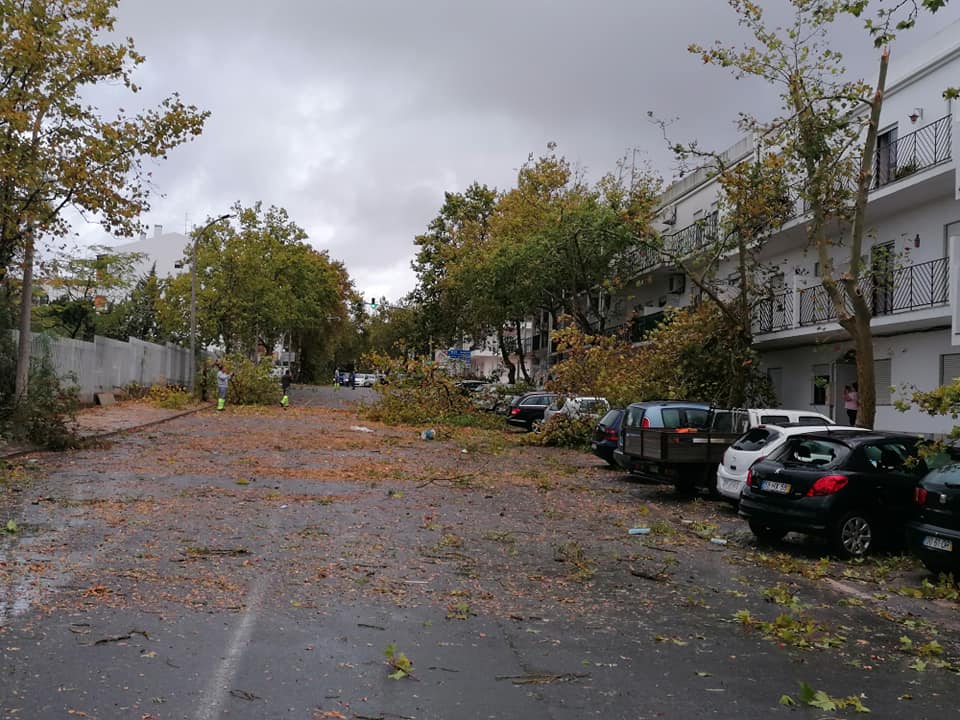 A tornado ripped through part of Beja for just a few moments this morning, causing chaos and widespread damages.

Roof tiles flew off various properties, ‘dozens of trees came down’ (this has since been upgrade to ‘more than 100 trees), some on parked cars. Satellite antennae were snarled. “We won’t possibly be able to calculate the full cost of damages for days”, mayor Paulo Arsénio told SIC television news.

Yellow weather alerts are out over northern and central districts, with ‘bad weather’ forecast into the weekend.

Various towns have reported flooding, with images of rainwater careering through the streets of Setúbal already being widely shared over social media (click here)

The only ‘saving grace’ so far – at least in Beja – has been that no-one appears to have suffered any injuries.

SIC warns that Depression Paulette, expected to reach the Azores from the east today, ‘could develop into a cyclone’ that could go on to affect the Portuguese mainland.

But for now, the Algarve at least has been spared the worst of the bad weather, simply registering bouts of heavy rain.