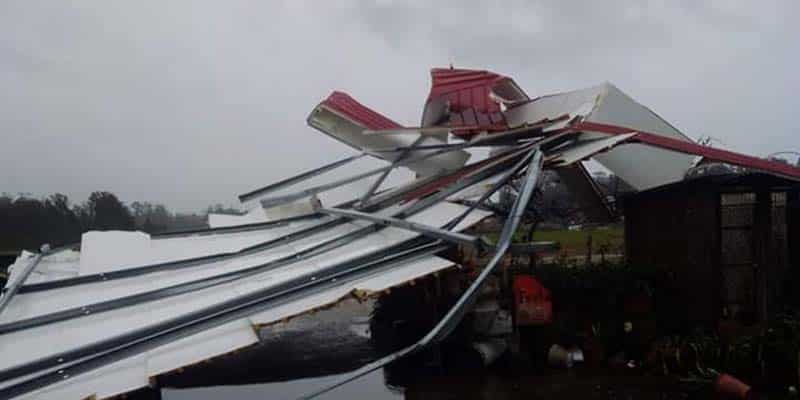 40 homes in northern Vila do Conde experienced a freak tornado in the early hours of this morning that left traumatised residents counting the damages: roofs, windows, blinds were ripped from fixtures leaving gaping holes that let the rain pour in.

Some families have had to ‘move out temporarily’, totally unable to live in what has been left of their properties.

The focus of damage appears to have been 150-metre stretch about a km from the sea, in the little town of Vila Chã.

Weather authority IPMA says the stories coming out and the damages described have all the markings of a tornado.

Resident Ana Teixeira said: “there was the most enormous bang”. Water straight away started pouring through the roof. The house flooded, and the Teixeira family had to abandon their bedrooms. Outside a van newly purchased was destroyed by flying roof tiles.

“Everything has been ruined”, said the young mother.

Elsewhere, cattle milking sheds were flattened, reportedly to the tune of “thousands of euros”.

As Depression Elsa moves west into Spain, a full account of damages has yet to be made.