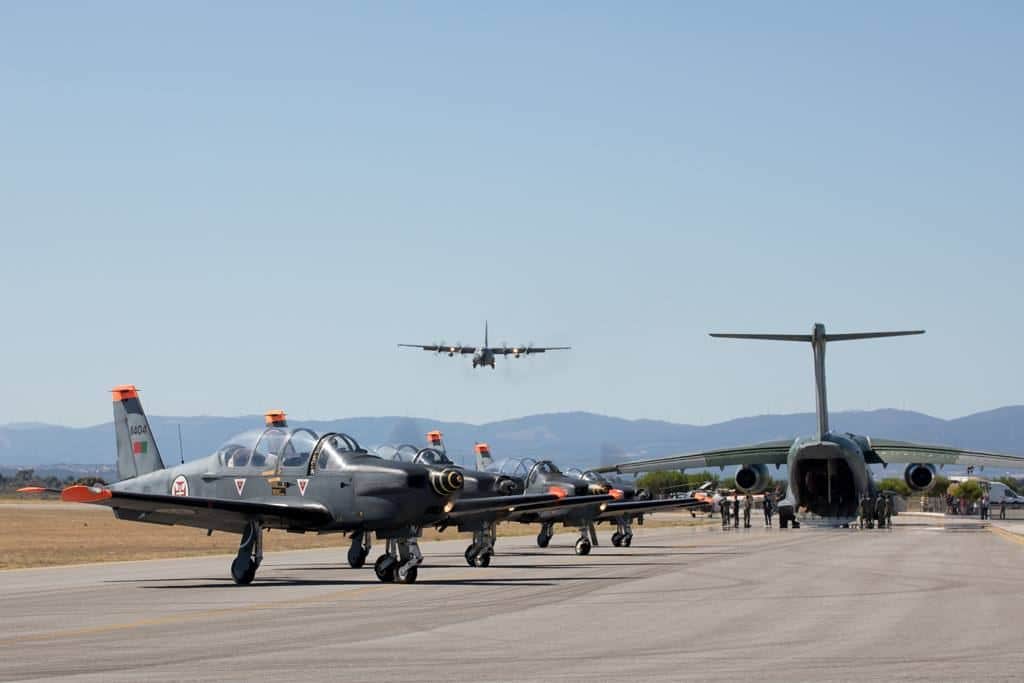 Following on from the six arrests last November for an alleged long-running fiddle over food supplies to Air Force messes, PJ police launched a new swoop on further suspects on Tuesday, arresting 16, 12 of them Air Force military.

According to reports, around half a million euros in cash was discovered, along with “various” incriminating documents.

Operation Zeus, as this has been dubbed, is believed to have swindled the State out of millions of euros.

Anti-corruption detectives are working on the basis that Air Force personnel concocted a scheme with suppliers in which food orders were inflated so that money could go into various pockets.

Reporting on Tuesday’s developments, tabloid Correio da Manhã claims Major-General Raúl Milhais is “at the top of the corrupt scheme that has existed for years”, along with his “right hand man” Colonel Alcides.

“The two had the power to run the purchasing budget of foodstuffs for several military bases from north to south of the country”.

As the paper explains, the alleged scheme was simple: Suppliers billed for “very much more” in the way of food than they actually delivered. The money left over was then “divided by the military involved”.

This (Wednesday) morning all 16 arrested were due to appear before magistrates to hear whether or not they would be receiving bail.