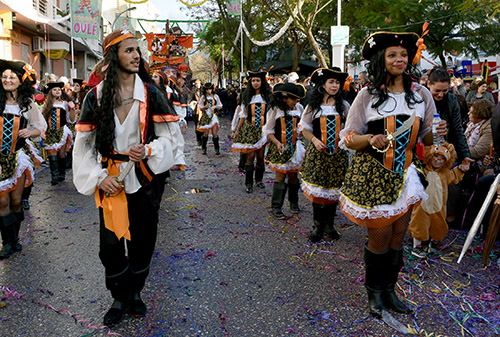 As work to install electronic toll collection points along the A22-Via do Infante is already underway, opponents to the introduction of motorway fees in the region are determined to keep the fight going.

Two more protests will take place this month and in April.

The first, on Saturday, March 19 at 4pm, will be on the A22 between Guia and Boliqueime, with the aim of causing “serious traffic congestion”.

Protest organisers the Comissão de Utentes da A22 (A22 users’ commission) and the Portagens na A22 Não (No to Tolls on the A22) movement have already said that they expect a large turnout.

A second protest by the same anti-tolls groups will be held on April 8, but this time on the Guadiana Bridge and the nearby councils of Vila Real de Santo António and Castro Marim in the East Algarve.

The action is part of a nationwide protest against the implementation of tolls on previously designated SCUT roads (free for users).

The commission’s João Vasconcelos hopes MPs and Mayors will also take part in the protests, following a meeting on March 4 with the Algarve Câmaras Association (AMAL) that discussed regional actions to fight the introduction of tolls on the A22.

He said: “The Algarve’s economy will not survive the tolls. We may have to plan much more radical actions in the future.”

In a joint statement, the promoters of the protests said: “The Algarve is ready for an uprising. The tolls will lead us into a deeper crisis. Tolls mean more traffic and accidents on the urban road that is the EN125, currently undergoing redevelopment works that will only aggravate the situation.”

The A22 users’ commission website states that it is a “crime to throw drivers, who will want to avoid the tolls, onto the EN125 road”, which is considered one of the most “lethal” in Portugal.

According to the commission, the tolls will affect not only consumers but also the quality of life of residents and visitors as well as the economy, which is already marred by ever rising unemployment levels due to the region’s seasonality.

“A total injustice” were the words used by AMAL president and also Faro Mayor Macário Correia when describing the government’s decision to turn the region’s A22-Via do Infante into a pay-as-you-go motorway, clearly referring to the fact that the majority of its construction had been EU funded and “had been paid for 20 years ago”.

“Only the Lagoa-Lagos stretch of the A22 was built as part of the government’s SCUT programme,” he said.

The AMAL president is expecting transportation costs to rise by 20% if tolls are introduced. “This will be detrimental to tourism in the Algarve,” he said.

Criticising the request made by the Secretary of State for Public Works for input by the Câmaras as to which locations would be best to erect the electronic toll collection points, he said he didn’t see any point in this when works had already started.

“It’s funny that, for five months, no-one from the government had any interest in hearing our views, but instructions had already been given for the installation of toll collection points on the A22,” he said. Macário Correia said last week that a court order to fight the government’s decision is being considered.

April 15, the date announced by the government for the introduction of tolls on the A22, may only be a month away, but the Algarve people seem reluctant to accept the decision and have promised to continue the fight until they are heard – if they are heard.