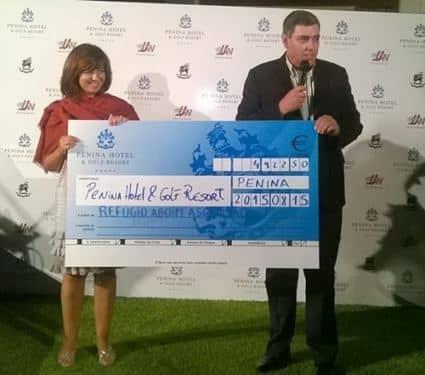 Tolls on the formerly free SCUT roads in Portugal, including the Algarve’s A22-Via do Infante, have been deemed illegal by the European Commission (EC).

The Portuguese State may have to face the European Court of Justice if it does not provide a well-grounded justification for the implementation of tolls on former SCUT roads.

This latest development in the tolls saga, a situation affecting not only the Algarve but other areas of Portugal, follows a formal complaint made by Aveiro Câmara (central Portugal) to the European Commission arguing that tolls were violating the right of free movement of people and the principle of non-discrimination on the basis of nationality.

Unsatisfied by the lack of “a formal, reasoned response from the Portuguese State that justified the tolls legislation, its meaning and scope”, the EC may now decide to bring the case before the European Court of Justice and have the Portuguese authorities explain the “escape clauses” it had imposed on EU law.

The EC has already alerted the Portuguese State that the tolls’ model implemented on the former SCUT roads is illegal and should it fail to alter legislation currently contradicting the EU’s legal framework and violating Community rules, the matter would be taken to the European Court of Justice.

The news has brought renewed hope in the fight against tolls in the Algarve, led mainly by the Comissão de Utentes da Via do Infante (CUVI), the A22 users’ commission.

In an exclusive interview with the Algarve Resident, Michael Ferrada, a local foreign resident and member of the CUVI, welcomed the EC position as it confirms their theory that the tolls are illegal.

Furthermore, he said, tolls are also violating other international treaties, such as the Valencia Treaty (read panel), while in the Algarve case the A22 was “never part of the SCUT road system” or “even has a motorway profile”.

Michael Ferrada explained: “What the government has done is outrageous and has no legal bearings. The imposition of tolls is not only violating the right to freedom of movement, EU directives and regulations but it is also violating the Valencia Treaty on bilateral cooperation between Portugal and Spain.”

It is the belief of many that the Algarve region should have been warranted a different treatment by the government on the matter of tolls.

Michael said: “Firstly, the A22 is not even a motorway and, secondly, it is not a SCUT road. Two-thirds of it was built with EU funds and it should have never been included in the financing model for SCUT roads.”

Construction of the A22, which started in the late 80s and was completed in 2003, was, in fact, in response to the needs of the Algarve population for an alternative to the infamous EN125, known as the Road of Death due to the high number of accidents and fatalities.

“What the government has done now is take the so-called ‘alternative’ away from people,” said Michael Ferrada. “No logic has been applied to this as now the EN125 is expected to be the alternative. We are going back to where we were 20 years ago.”

Add to this VAT rises for restaurants and golf and a ballooning unemployment rate, the highest in Portugal, and the Algarve has clearly seen better days.

“The government is actually killing the Algarve,” he said.

Michael Ferrada also runs his own real estate business and likes to be involved in initiatives for the betterment of the Algarve (see story on p13).

Regarding his work at the anti-tolls commission, he says he prefers to keep it as non-political as possible.

However, he admitted that the recent election of Hélder Martins as leader of the PSD political group for the Loulé council could be “advantageous for the region’s fight against the tolls”.

Hélder Martins, a former president of the Algarve Tourism Board and currently an administrator of the Quinta da Ombria tourist development near Loulé, has manifested his discontent with the way Algarve leaders have been managing the issue of tolls in the Algarve.

The politician, who is seen as a strong candidate for the Loulé Câmara presidency in the local elections next year, is likely to be joining future CUVI protests, said Michael Ferrada who attended one of his recent political campaign interventions along with 1,000 other Algarve supporters.

Foreign residents must get involved

During the interview, Michael Ferrada could not stress enough that the more people who join the commission the better as “our voices will be louder up in Lisbon”.

On behalf of the commission, he is now calling for the support of the foreign community to help overturn the government’s decision.

He believes foreign residents in the Algarve can play a pivotal role in “this fight”.

“It’s clear that the vast majority of foreign residents and visitors to the Algarve are against the tolls, if you are to consider the amount of anti-tolls letters published in your newspaper,” he said.

Signing the public petition against tolls (see panel) and getting involved at CUVI protests are ways of demonstrating discontent.

Foreign residents wishing to get involved in the demonstrations against the tolls should contact Michael Ferrada directly on 919 070 032/965 334 155 or email ferradamichael@gmail.com

Michael Ferrada says the Spanish have been tireless in their support of the CUVI mission.

“The time and effort the Spanish are putting into this fight is truly admirable. They will go as far as they can. Tolls are seriously affecting not only trade and the economy of both countries but the social aspect too,” he said, referring to the fact that many Spanish enjoy their “mini-breaks” in Portugal and some even own properties here.

Following the creation of the Portuguese-Spanish Commission for the Suppression of Tolls on the A22 in Ayamonte on February 3, today (Friday) a manifesto supporting a toll-free cross-border region will be signed in the same city.

The CUVI has already confirmed its involvement, along with other Spanish entities and associations affected by the A22 tolls, such as the National Federation of Transport Associations in Spain (Fenadismer), the Huelva Entrepreneurs Association and the Ayamonte Chamber of Commerce.

More than 20 organisations have already signed the manifesto and others are being invited to sign the public declaration.

At the meeting, other joint initiatives to fight the tolls will be discussed and further protests will be planned for the upcoming months.

The CUVI’s many protests in the region appear to have fallen on deaf ears as the last response the commission has had from the government was on December 5, 2011, after it had requested a meeting with the Secretary of State for Public Works, Transport and Communications, Sérgio Silva Monteiro, in October.

According to the government, it hadn’t been possible to arrange a date for the meeting but “it hoped to do so soon”.

The commission is still awaiting a response but will not down arms and a slow drive protest, which was due to follow the EN125 Boliqueime-Faro route yesterday, is an example of this.

The protest aimed to cause traffic congestion near Faro Airport to show what drivers can expect in the summer.

“Absolute chaos,” said Michael Ferrada. “Easter time will no doubt give us a ‘taster’ of what we can expect in the peak summer months.”

Following several requests from readers for information on how they can support the fight against the tolls, the Algarve Resident has now created a section on its website for visitors to read about the “public petition for the immediate suspension of tolls on the A22”, in English, and be directed to the official petition page to sign it.

Algarve Resident Editor Inês Lopes said: “We feel that by providing this facility, a wider international audience with an interest in supporting the fight against tolls in the Algarve will be able to ‘protest’ by signing the petition more easily.

“It became clear that a non-Portuguese speaker would struggle to find the petition online, particularly when I had to trawl the web myself to find it originally!”

João Vasconcelos, leader of the CUVI, is hoping the petition will reach 100,000 signatures. At the time of going to press, fewer than 5,000 people had signed it.

To read and sign the petition, go to the home page and click on the tolls button on the right-hand side for a direct link to the petition registration page.

The National Federation of Transport Associations in Spain (Fenadismer) announced recently that it would be making a formal complaint to the Ministries of Foreign Affairs in both countries regarding Portugal’s violation of the Valencia Treaty with the introduction of tolls.

Juan Antonio Millán, Secretary-General of Fenadismer, told Spanish news agency Efe: “Portugal is not complying with the commitments under the Treaty and by favouring local residents with special discounts on tolls, it is discriminating against the Spanish and other drivers.

“The measure also goes against the spirit of cross-border cooperation stated in the Treaty as well as other EU Treaties and even the Union’s own Directive regarding the imposition of taxes and tolls.”

The Valencia Treaty was signed between the Portuguese and Spanish Foreign Affairs Ministries in 2002 and calls for bilateral cooperation between both countries.

The view from rental companies

Although the A22 tolls have been in operation for three months, the Associação das Empresas de Rent a Car do Algarve (ARA) has said that smaller rental car operators have been left waiting for a solution to the problem of enabling customers to pay for their toll use.

President Armando Santana says that they are currently still experiencing issues with the final part of customer journeys, which is left unpaid, typically when they get to Faro Airport.

They are able to pay for all of their other journeys but the last stretch is usually unpaid because the toll processing takes 48 hours and by that time the customer is in another country.

So far companies have been told to forward data for such cases to the motorway operator and missed payments have already been backing up since the start of the system.

The rental company is thus not responsible for the missing payments but the financial arrears cause a paperwork backlog that is seemingly unavoidable.

It was expected, Armando Santana says, that at the end of January some kind of permanent and functional system would be in place for rental car companies but this is still pending discussions and they have not been told of any new deadline.

On whether he thought the whole system could be scrapped he said: “I would be glad if I was wrong but I expect the toll collection will go ahead as planned. At the moment, it is in the hands of the government.”

On a daily basis, the Algarve Resident receives emails from readers, many of whom are visitors to the Algarve who have hired cars, complaining about the “unworkable” and “ludicrous” toll payment system.

Of late we have been told by a few readers that some car hire companies are not informing customers about the tolls at the booking stage.

It is only when they arrive in Portugal that they are told of the additional charges.

This week a visitor, who preferred not to be named, contacted the Algarve Resident to say he was furious that his car hire company decided to keep “this important bit of information” under wraps until he arrived at Faro Airport.