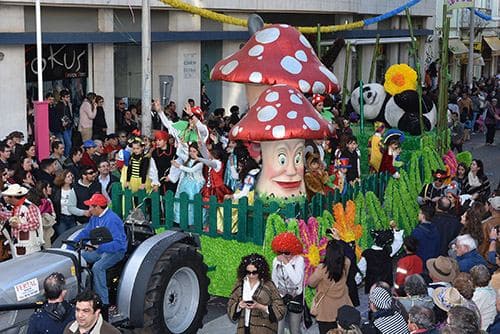 Three support buildings for the new toll gantries on the A22 motorway were vandalised and set on fire on Monday.

The structures, located inBoliqueime, Loulé and Olhão, held electrical equipment for the tolls system and the gantries.

A spokesman for Faro GNR police told the Algarve Resident: “The doors of the buildings were smashed. The vandals then put tyres in place and set them on fire, completely destroying all the electrical equipment that was inside.”

The incidents occurred between 6am and 7am and GNR police believe that “these actions were co-ordinated by a group of people”.

João Vasconcelos, one of the founders of the Comissão de Utentes da A22, the A22 users’ commission, an anti-tolls group, told the Algarve Resident: “The Comissão de Utentes da A22 is not involved in what happened and condemns this act. This was a radical act of desperation by people who are against the tolls. We don’t know whether this was an isolated act or whether it will happen in other support buildings. People are very angry with the possible introduction of tolls and the crisis that is affecting our country is contributing towards their discontentment.

“I blame the government for what happened because they have not heard the people of the Algarve. This shows the revolt among the population in the region.”

Police say they do not have any suspects yet and investigations are continuing.

The installation of the tolls system on the A22 started in February amid controversy and led to several organisations and entities combining to voice their opposition, including Mayors, unions and anti-tolls groups Comissão de Utentes da A22 and Algarve – Portagens na A22 NÃO (Algarve – No Tolls on the A22).

The tolls were due to be introduced on April 15 but the resignation of the Prime Minister José Sócrates delayed the process. As a result, the situation will be reviewed after the General Election on June 5.

Meanwhile, another anti-tolls protest is scheduled for May 28, organised by the Algarve – Portagens na A22 NÃO group and the Comissão de Utentes da A22.

Under the slogan ‘125 não é alternativa à Via do Infante’ (the EN125 road is not an alternative to the A22), a go-slow will start at 3pm at various locations on the EN125 and in Ayamonte in Spain.

A spokesman from Algarve – Portagens na A22 NÃO said: “The protest intends to send a clear message to the government that the EN125 is not an alternative to the A22 and we object to paying tolls on that road, when there isn’t a viable alternative.”

The group has appealed to all Algarve residents to join in and protest against the introduction of tolls on the Via do Infante (A22), which they consider an “irresponsible act by the government”.

For more information and updates about the protest on May 28, please the visit the Algarve – Portagens na A22 NÃO Facebook page (only available in Portuguese).
1″>news