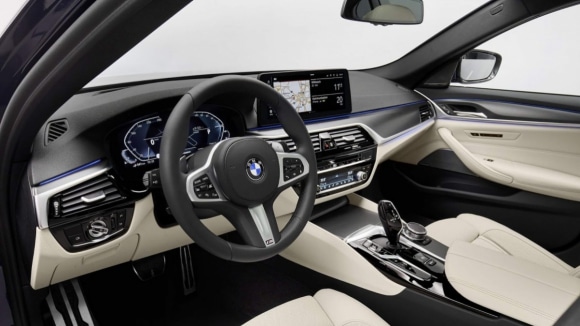 President considers company ‘has a problem with good sense’…

But TAP insists, it is ‘saving money’.

The flagship airline that taxpayers have spent over €3 billion ‘saving’ only to hear that now the government wants it sold has had an abysmal summer in terms of customer satisfaction – and now the news that it is ordering 50 hybrid plug-in BMWs for its top brass.

Whichever way one looks at it, this soundbite shows – as President Marcelo has so eloquently put it – “a problem of good sense”.

Admittedly, Marcelo seemed to be reacting to news that TAP had purchased the BMWs. This doesn’t appear to be the case. It is leasing them, at a cost of around €6,000 per car per year – at least this is the story from CNN.

Correio da Manhã, however, uses the words ‘buying’ not ‘leasing’, thus the response from cabin crew syndicate SNPVAC that it is “stupified” by the decision which it finds “ethically and morally reprehensible”.

Expresso reports that Marcelo told reporters: “I have spoken in relation to various public entities in the past and the distribution of dividends and in relation to salaries. I believe that when one is in a difficult period an effort should be taken to show an example of thrift…”

TAP maintains that is what it is doing IS an example of thrift.

A statement sent out to newsroom today explains: “The new TAP fleet consists exclusively of plug-in hybrid models, which are more ecologically favorable and with lower CO2 emissions, and the possibility of driving in electric-only mode. At the top of the fleet is a sporty BMW 530e and the SUV BMW X3 xDrive 30e, both with a 292 horsepower engine, an announced consumption of between 1.8 and 2.6 liters per 100 km and an estimated range in electric mode of 61 or 50 kilometers, respectively. The retail price for these models starts at €65,120 for the 530e and €65,870 for the X3. The majority of this new fleet is made up of BMW X2 xDrive 25e with a 220 horsepower engine and capable of consuming 1.8 liters per 100 km. The PVP starts at 52,409 euros”…

Which leads readers to wonder is the company really leasing the BMWs, or is it actually buying them?

ECO online calls it both: TAP has “bought 50 BMW cars with a rental value of 500 euros per month in operational renting. Management guarantees this is the cheapest option”.

Indeed, according to TAP, the “option represents a saving of 20% of the monthly amount of rent and taxation in relation to new leasing contracts for vehicles with characteristics similar to the current ones (diesel)”.

Whatever the situation, TAP has once again been seen to be shooting itself in the foot. An airline that left thousands of passengers high and dry last summer; lost thousands of bags, failed to respond to so many customers, but apparently has the time to sift through car specs and come up with one of the most exclusive brands on the market.

As Porto Canal has put it: “Losses of millions of euros have not stopped TAP acquiring dozens of BMWs for its bosses”.

In fact, Porto Canal suggests there are more than 50 new cars. The incoming fleet could have as many as 79, it says. And the news service reminds its readers that just this year, in the first six months alone, the airline added another €201.1 million to its gargantuan losses.