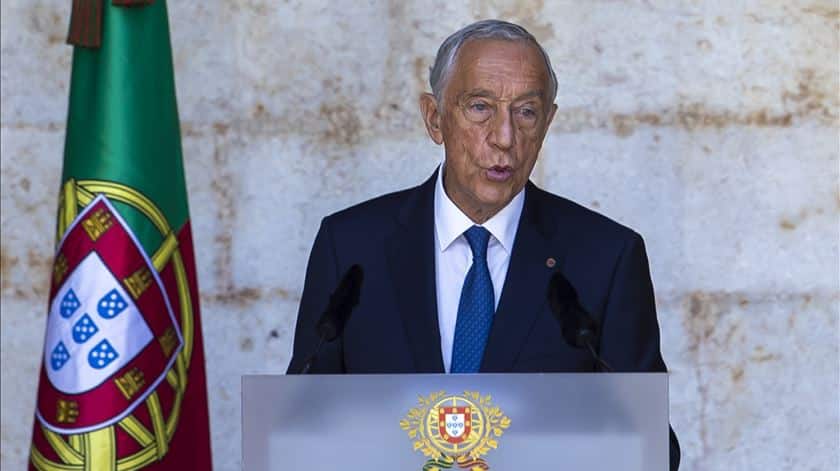 Commemorating ‘Portugal Day’ yesterday in this surreal pandemic year, President Marcelo’s message was that it is time for the country to ‘wake up’ and face the new reality the pandemic has created “with courage”; with new solutions – not those of the past.

In a 10-minute speech that essentially said everything ‘between the lines’ of multiple questions, the President opened the way for all the planning that has to be done to ‘re-industrialise’ this tiny nation that has seen one of its driving form of exports (tourism), decimated by the crisis.

We cannot pretend that we’re not facing ‘brutal economic and financial crisis”, he said – making reference to the “almost 1500 deaths, tens of thousands of people infected, more than 300.000 unemployed, 800,000 workers in layoff and thousands and thousands of businesses stopped; sectors totally paralysed”.

The next months and years should be seen as a “unique opportunity to change what needs to be changed with courage and determination”, he stressed, “never giving concrete answers”, explained reports – as has always been his style. Concrete answers are for politicians which he, again in his own way, has always sought to keep as ‘close’ and mutually cooperative as can be, in times of plenty as much as those of crisis.

Said Observador, the speech – on a day that is habitually one of pomp and circumstance and which this year was reduced to the absolute minimum – was more about where Portugal must not go in the post-pandemic era: and that’s backwards; to old sticking-plaster solutions.

100 years ago, “after the pneumonia (Spanish Flu), the country wasted a unique opportunity to create a free, just, inclusive and modern democracy”, said the president. “We wasted the lesson of the pneumonia; of the last major pandemic, and of the social economic and political crisis that followed. One hundred years later, we can’t make the same mistake”.

PM Costa, who was one of only eight figures present at the minimalist commemoration in Lisbon’s iconic Jerónimos Monastery, tweeted after the speech a message to “all the Portuguese scattered throughout the world”, stressing that citizens and the government are “strong and determined in the construction of a better future”.

Yesterday was the Day of Portugal, the Day of Camões and the Portuguese Communities. “We celebrate the country, our global language and the people that prolong Portugal”, said Mr Costa.

Next year hopes are that it will be once again possible to celebrate the day with communities abroad. But in the meantime, the message was clear: there is a huge amount of work to be done to create a more sustainable, diversified future.