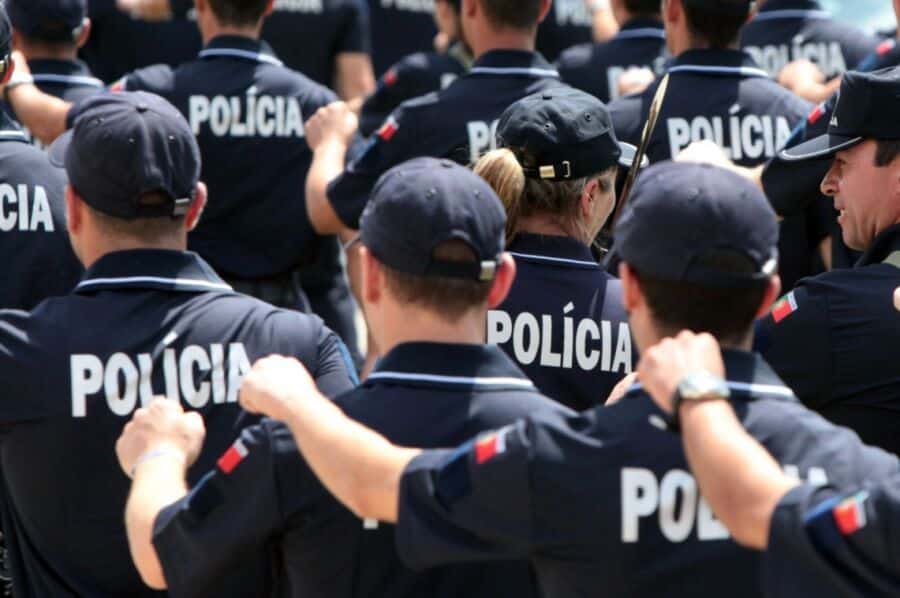 Next month, 931 new PSP agents will be drafted into the police force, while another 1,000 are due to be enrolled over the next year.

The influx cannot come soon enough. The reality of rising crime – particularly violent crime, and incidents involving guns and knives – has become too strident to hide.

Tabloid Correio da Manhã today says it all in an editorial playing on the slogan ‘Time to Act’ (the words used by the government when it held the reins of the presidency of the Council of the European Union last year).

“It’s urgent for the minister of interior administration to stop the increase in violent criminality”, the paper’s deputy director Paulo João Santos writes. “The number of situations reported by authorities – murders, assaults, robberies, kidnaps, aggressions, shootings, knife attacks – is alarming, and transmits a real feeling of insecurity and impunity that has to be tackled”.

“There is a commission studying this phenomenon, but concerns are that by the time its conclusions have been published, the report will already be out of date.

It’s time to act now; immediately. There is a snowball growing, in front of our eyes, that will rapidly become an avalanche if measures are not taken.

“Parliament can not stay on the sidelines. Its composition is not very favourable towards major alterations of the Penal Code, but there is no doubt: we need to change laws to protect citizens. At the same time, we have to understand the origin of this disfunctionality. It is not normal. It is true, family values are being lost, and schools are no longer educating in the way they used to. But shrugging one’s shoulders and crossing one’s arms is not the solution for anything”.

Today, like every other day in the last few weeks if not months, the popular press is full of incidents of violent crime.

Monday’s stories even have one of an off-duty policeman shooting a civilian in the leg. The reason: the civilian was trying to stop police agents on duty from arresting his cousins…

Incidents where civilians turn on police have also become part of the new ‘equation’.

Verão 2022 – the PSP’s latest campaign – registered a 38% increase in arrests on pre-pandemic figures.

Correio da Manhã today says the PSP “admits the summer was violent”. There were more arrests for robbery, and possession of illegal weapons (usually guns or knives). According to a statement, 124 guns were apprehended this summer, and 477 knives/ ‘armas brancas’.

Pedro Moura, the PSP’s director of the department of operations, stresses this is not a situation exclusive to Portugal. It appears also to be happening in ‘other countries’: “the increase in violent crime is a phenomenon that needs to be studied to see if it is a consequence of the pandemic and confinements”, he told CM.

“We have registered more resistance to orders given by police, as well as a greater use of guns/ knives in futile situations, especially when it comes to young people”, he added.

The immediate ‘response’ is to focus on the ‘soft approach’ through the PSP schools programme ‘Escola Segura’ – but the more long term strategy is to beef personnel.

Says CM, the 1,000 posts opening up next year have already seen double that number of young people sign up for selection.

“A large part of these new recruits will be for the PSP’s Metropolitan Command in Lisbon, where according to official data almost 49,000 crimes were registered in the first seven months of this year.

The ministry of interior administration is already moving forwards with a programme for housing the new agents, using PRR funding (‘bazooka’) coming from Brussels – the objective being to help agents at the start of their careers when salaries are traditionally low.

The plan involves providing food for young agents through municipal canteens; creche spaces for their children – even assistance in joining gyms/ sports.

“We do need to act”, stresses minister José Luís Carneiro…”We are trying to improve operational response and actions of the PSP and GNR. We are increasing investment and recruitment” in the face of what he himself terms “the greater severity of crime, especially when it comes to the level of violence and easy access to the use of firearms and other weapons”.

Investment too comes in the form of “integrated management of means with special focus on systems of video-vigilance (CCTV) and the geo-referencing of incidents and means available.

These figures are all out of date now as we are approaching the end of the 9th month of the year, with August – one of the busiest months for movements of people, and therefore opportunities for crime – having come in between.

Portugal traditionally is considered a ‘super safe country’. The Global Peace Index has always got Portugal ‘close to the top’, but just recently the country has started falling backwards – and this year’s crime figures and unusually unsettling incidents do not suggest it will be recovering ground in 2023.