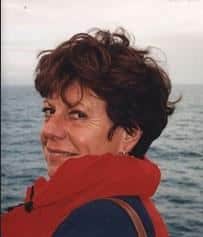 THE TYING of infrastructure and supply prevented the entry of new players and reduced customer choice in the energy markets, the European Commissioner for Competition Policy told a conference in Lisbon.

Neelie Kroes, speaking at a European energy strategy conference, Geopolitical Challenges, called for the unbundling of suppliers and providers in gas and electricity.

Global demand for energy has grown, said Kroes, the market has shifted in favour of energy producers and prices have gone up. “We are increasingly dependent on external supplies for our energy. In 25 years time between 80 and 90 per cent of Europe’s oil and gas demand will be met by imports from other countries,” she said.

The Commissioner called for a new energy policy to encourage an open and competitive energy market, which needed to include:

Only through a single market could Europe secure sustainable and affordable energy supplies based on market-based competitive electricity and gas prices.

“It is clear that at present there is no such thing as a competitive single market for energy in Europe and the clear impression is that all is not well,” she said.

• Infrastructure and supply bundling (generators, deliverers and retailers are often the same company).

• Prices not based on effective competition.

According to Mrs Kroes the solutions are:

• Transparency and knowing where supplies are so they can be moved where needed.

• Regulators given the necessary tools to monitor the market.

• Unbundling of network companies from their own supply and generation businesses.

“European citizens expect the European Community to deliver sustainable, secure and affordable energy, to do this we need a European energy policy with an ambitious package of solutions with government, parliaments, citizens and business all pulling together. Achieving an open and competitive internal energy market will be crucial to the success of that policy,” she concluded.