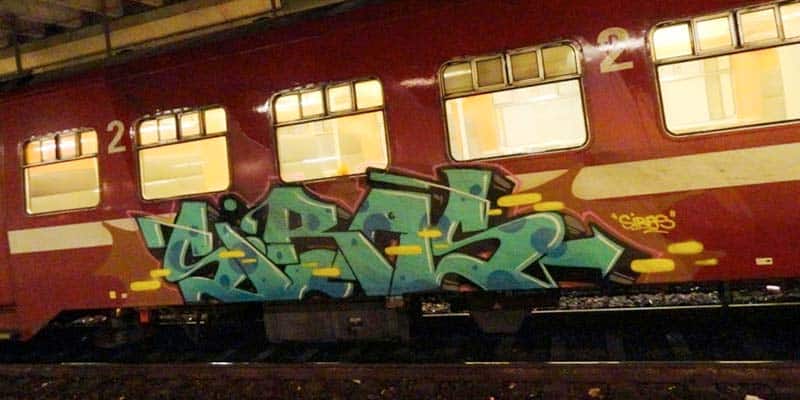 The ticket collector who turned a fire extinguisher on a rogue group of graffiti artists will not be tried for their deaths.

Even though the trio appears to have been blinded by the powder emitted by the extinguisher – to the extent that in trying to get out of the line of fire, they jumped into the path of an oncoming train – a magistrate has ruled that the ticket collector only contributed to their deaths in a “residual way”.

Explain reports, the young men were already running “a high risk of accident” by ‘backjumping’ onto trains as they stopped at stations, and daubing them with their characteristic designs.

One of the dead men was 19-year-old João Dias, a youngster who signed his graffiti with the name Nord and whose friends described him at the time as passionate about his art.

Dias’ two friends also killed were Spanish – and their families are said to be devastated at the decision to archive this case.

Says Lusa, the families believe the cloud of chemical power generated by the ticket collector’s attack “made it impossible for the young people to see the train that ran them over”.

This was an incredibly tragic incident, which took place at a station in Maia, in December 2015.

Initially, it was described as a simple accident (click here).

It was only later that the train collector’s actions came to light, suggesting he could have been charged with ‘dolus eventualis’ (click here).