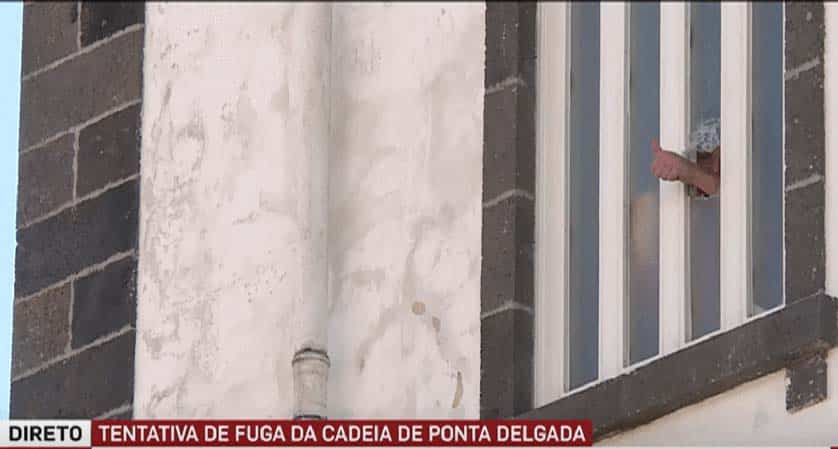 A tunnel of large dimensions was found by prison guards in Ponta Delgada jail on the day of a visit by the Minister of Justice.

This is the opening sentence of a story today which adds that “Catarina Sarmento de Castro (said Justice minister) highlighted the necessity for building works in this establishment”.

She appears not to have had any idea about the tunnel.

According to Correio da Manhã, guards were alerted by local people living nearby who heard ‘noises coming from the jail’ on Tuesday evening.

They must have been ‘suspicious noises’ as it appears the tunnel had only 20 cms to go before it would have reached outside the prison walls.

CM’s report says the prison services “absolutely discount that this was some kind of collective prison-break attempt”.

Not so SIC noticias which writes today that 33 prisoners were indeed trying to get out of the overcrowded 19th century jail which, by chance, had most of the guards on a ‘go slow’.

Both news sources stress the degrading conditions of the prison.

SIC says the issues go back years – and plans for a new jail are nowhere near getting off the ground.

According to SIC, the Justice minister “announced that the building would have work done to the value of €100,000”.