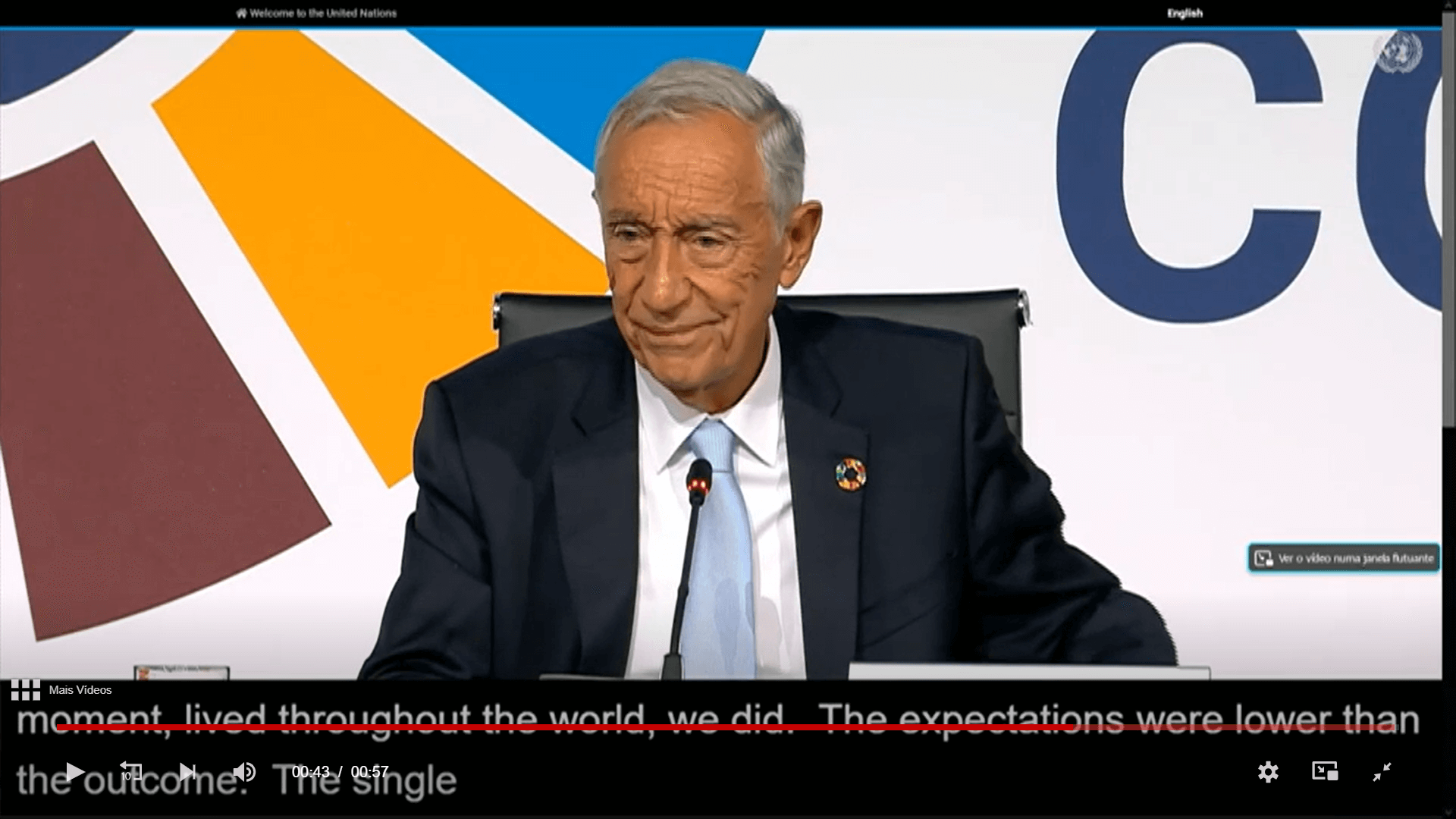 Portuguese environmentalísts from ANP/WWF have made a positive assessment of the UN Conference on Oceans (UNOC) which ended on Friday in Lisbon albeit they have reinforced the need for more investment in ocean recovery.

The group nonetheless alluded to “empty words, without concrete action” coming out of the event.

Catarina Grilo, Director of Conservation and Policy of Nature Association Portugal – working under the umbrella of the World Wide Fund for Nature (WWF) – said this was perhaps the most negative part of the conference. The more positive aspects came from countries like Colombia, which announced it will protect 30% of its seas as of 2023 – and Palau, Samoa and Fiji, which have forged an alliance of countries calling for a global moratorium on deep- sea mining.

This is the focus now of ANP/WWF. It wants the Portuguese government to back this moratorium, under a ‘sea minister’ who has shown he could well be prepared for such activities.

Said the association:”There is growing interest from global industry to explore the ocean floor to exploit metals and minerals such as cobalt, lithium and nickel, which would have a destructive impact on ecosystems and biodiversity on the seabed, with possible collateral effects on fisheries, livelihoods and food security, compromising the oceans’ carbon and nutrient cycles.

“Allowing the Portuguese seabed, so rich in biodiversity and unique ecosystems such as the hydrothermal vents of the Azores, to be targeted by this destructive activity goes against the commitments made by Portugal during the Oceans Conference regarding biodiversity conservation and the ocean’s role in climate regulation,” Catarina Grilo told Lusa.

She also noted that many of the commitments announced in the so-called “Lisbon Declaration” approved at the conference were “things that countries should have already done”. She gave the example of Portugal, which “announced a commitment to have 100% of its waters in good environmental condition by the end of 2030″. This intention “was what was supposed to have been done under the marine framework directive”, she said.

On the positive side, Portugal has committed to developing an action plan for the management and conservation of sharks and rays – something ANP/WWF has been asking for since 2021, she conceded.

Regarding the fact that the conference does not produce binding decisions, she said the UN initiative – organised by Portugal, together with Kenya – allowed the meeting of people and organisations to move forward “in the understanding of the different issues under discussion” and to launch new commitments. announce new actions, and “give a new impetus to what remains to be done to ensure the health of our oceans and also our own health.”

Closing the conference – which began, unofficially, last Sunday, with President Marcelo actually telling young people not to trust their leaders – Portugal’s head of State said, in his opinion, more had been achieved in Lisbon than he imagined would be possible.

“The simple fact that the Lisbon Declaration exists is a sign of the spirit of the United Nations”, he said. “But we want more. We want more ambition, more action, more youth, more passion …”