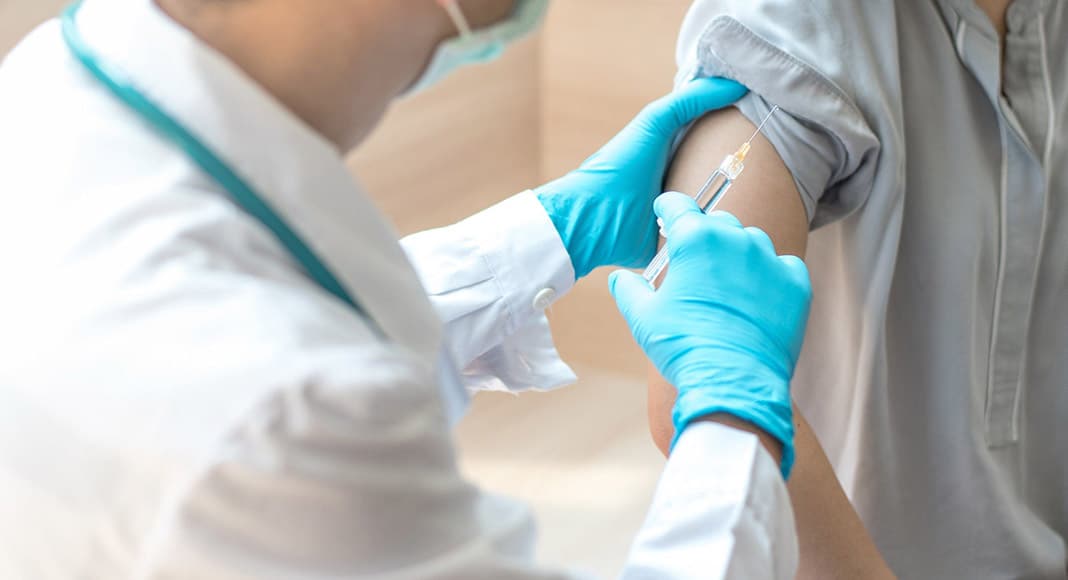 In another strange post-vaccine event, two people in Portugal have developed thromboses (blood clots) following their first inoculations with the AstraZeneca vaccine.

A joint statement issued by DGS health authorities and medicines agency Infarmed insists there is no evidence that the incidents are linked to the fact that the two people had recently received their vaccines (see breaking news banner).

Indeed the statement issued last night “affirms that the AstraZeneca vaccine can continue to be administered in Portugal”.

Numerous other countries however have already either suspended their roll-out of AstraZeneca, or stopped it altogether.

The latest incidents follow the tragic case of a Porto health worker who died two days after receiving her first shot of Pfizer vaccine (click here).

Again, authorities insist the death had nothing to do with the shot (click here).

The cases “are being investigated by health authorities” which have stressed the number of thromboembolic events communicated in the vaccinated population of the European Union (around five million doses administered) and the United Kingdom (around 11 million doses administered) continues to be no higher than those verified in the general population”.

DGS and Infarmed nonetheless guarantee that the matter “will continue to be accompanied by national health authorities through participation in evaluation to take place at European level in conjunction with European partner authorities, namely in meetings next week”.

Meantime, the number of countries that have stopped or suspended roll-out of the AstraZeneca jab continues to increase.

The suspensions began last week with Denmark, Norway, Iceland and Bulgaria announcing pauses following reports of cases of blood clots forming, including at least one death.

«Austria then followed for the same reasons, followed by Thailand, the Democratic Republic of the Congo, Estonia, Lithuania, Luxembourg and Latvia.

Thailand has since reversed its decision, but Ireland and the Netherlands have now issued temporary suspensions, as has Italy following the death of a schoolteacher who had recently been vaccinated.

In all at least three deaths have been ‘reported’ but it is still not clear whether the blood clots that caused the deaths were linked to administration of the vaccine.

An article in the Independent today insists that “the overwhelming scientific opinion is that there is no certain link between blood clots and the vaccine, and the reported cases could easily be coincidental.

“Most argue the risks from Covid-19 far outweigh any potential side-effects from the jab, with many saying blood clots are fairly common, regardless of vaccination”, says the paper.