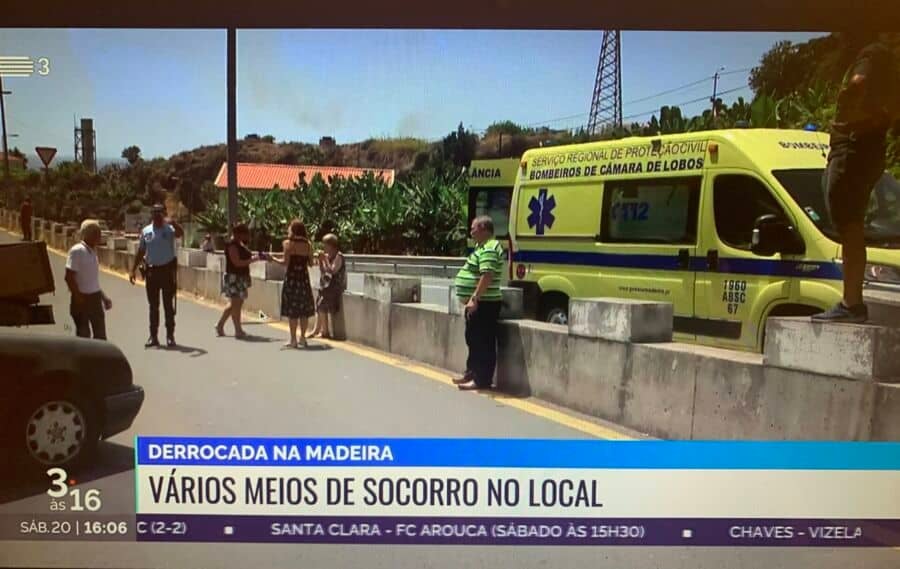 One person remains buried, two have been pulled out alive.

Three people have been caught in a landslide in Funchal, on the island of Madeira, according to information provided by RTP. Two of them have already been rescued alive, and one remains buried under the rubble.

One person was completely buried, while the other two were buried up to their necks. The fully buried victim is a woman between the ages of 60 and 70.

The landslide occurred in the early afternoon of this Saturday on the Caminho Ribeiro da Ponta da Laranjeira, parish of São Martinho. The collapse happened in a single-storey private house, where a retaining wall collapsed on top of another house where five people live. At the time of the accident, only three people were inside the house.

A woman between the ages of 30 and 40 was the first to be rescued and sent to Funchal Hospital. The alert was given at 1:40 pm. Rescue operations are being carried out by firefighters from Câmara de Lobos and Sapadores do Funchal, with five vehicles and 14 firefighters allocated to the incident.