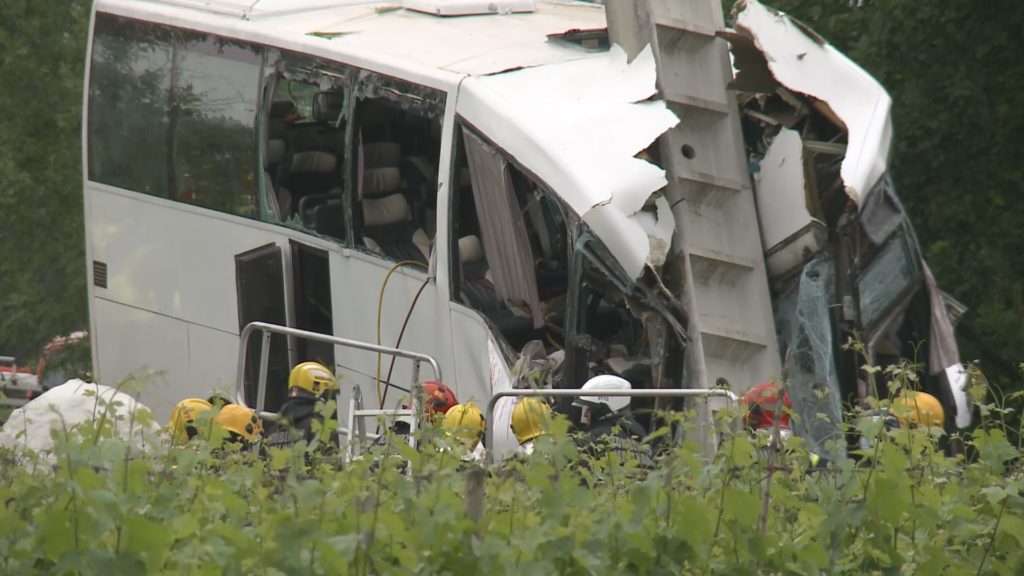 Bus was on pilgrimage trip to Fátima

At least three people have died and another 30 were injured in a bus crash on the A1 motorway, near Mealhada this morning.

According to reports, at least five of the injured are critical; six are considered ‘serious’.

The fatalities were two men and one woman, all of them between the ages of 60-70.

The driver and owner of the Transportes Roda do Rei bus company was among the dead.

The bus left Guimarães (Braga district) early this morning on its way to the religious Sanctuary of Fátima for a pilgrimage.

It appears to have ‘come off the road’ (possibly because of a burst tyre) and collided with an electricity pylon.

The accident happened just before 9.30am, leading to the motorway being closed in both directions for many hours.

Dozens of rescue and emergency vehicles – including an INEM helicopter – attended the scene, with victims being transported to various hospitals (Aveiro, Coimbra University Hospital and the city’s children’s hospital).

It is understood that the victims came from the parish of Sampaio (Guimarães), while the driver was from Aires (Guimarães).

Guimarães city council has issued a statement, sending its condolences to all the families and friends of victims in this “tragic accident.

ATEM, the national association of medical emergency technicians, has denounced the “lack of protective individual equipment” for INEM medical emergency personnel, who turned up to the accident wearing short-sleeved polos and helmets. 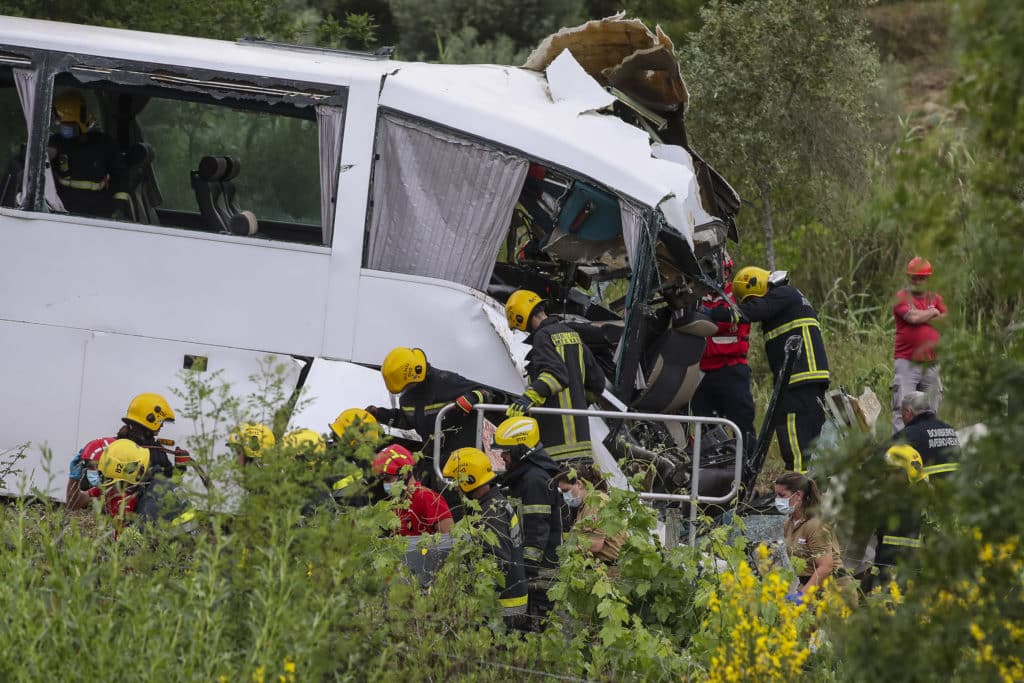 According to ATEM, regulations demand that INEM personnel should be wearing more in the way of protective clothing, including jackets and regulation trousers.

ATEM also complained of the number of people (firefighters/ police/ rescue workers) at the scene. In the association’s mindset, there were “too many elements” involved, which could have compromised the care and assistance being given to victims.