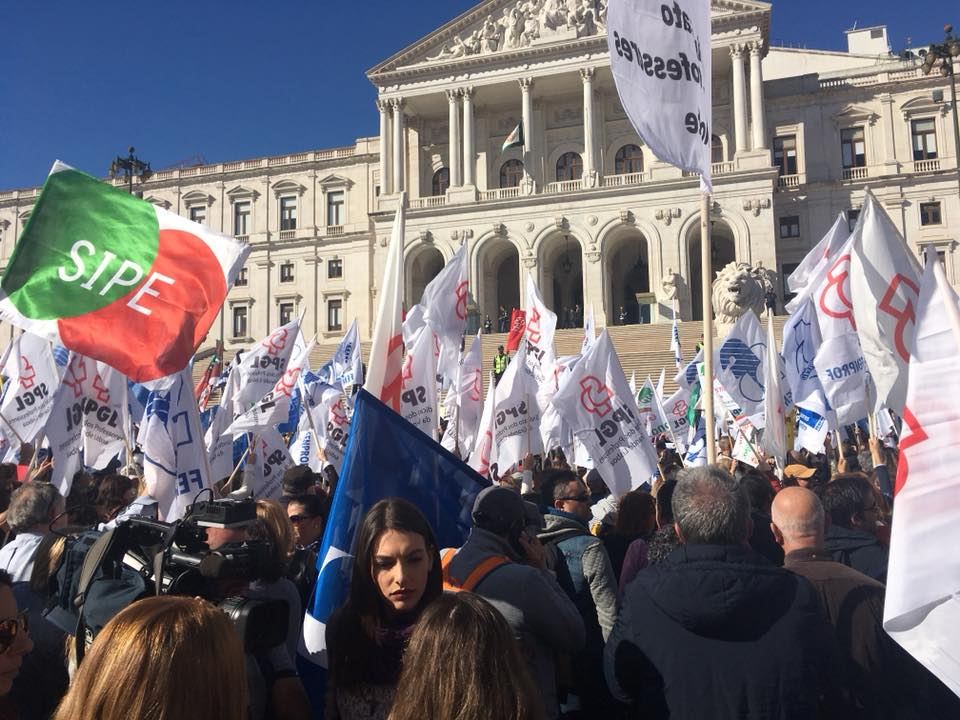 Thousands of schoolchildren are without classes today as teachers have taken their long-running frustrations to parliament.

The call for a “tremendous strike” by union Fenprof seems to have brought some instant concessions.

With the education minister laid out with an extreme case of vertigo (click here), his secretary of state Alexandra Leitão has pledged that the beef over career progressions will finally be tackled.

As reports this morning have highlighted, the ‘freezing’ of what are termed career progressions has seen thousands of teachers literally lose hundreds of euros every month.

One explained on television as the protest went ahead outside parliament that since 2009 she has been barred from moving forwards. She is on ‘scale two’ when she should be on ‘scale 6’ by now, and this implies a loss in monthly earnings of over €500.

This particular teacher is clearly one of a legion who feel undervalued.

But Fenprof’s call-to-arms has already made headway.

PM António Costa pledged yesterday (Tuesday) to tackle career progressions, explaining however that to do so all at once would cost the government €650 million.
The way ahead now will involve further negotiations with teachers unions, to agree on a phased return to the pre-2009 status quo.