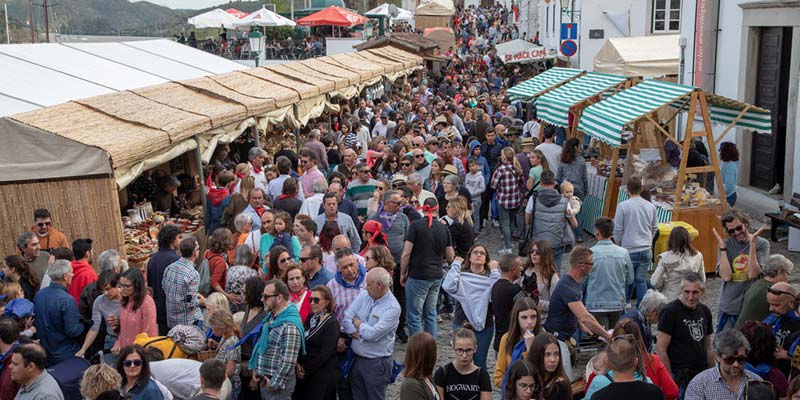 Thousands of people ‘walked across the Guadiana River’ thanks to the floating footbridge that was set up between Alcoutim and Sanlúcar de Guadiana for the third edition of the Contraband Festival (Festival do Contrabando), which was held between March 29 and 31.

In fact, organisers say that the number of people who crossed the bridge “doubled” compared to last year.

The festival recreates the not-so-distant times when contraband was a common practice among the Guadiana communities and was key to survival.

Alcoutim council says the event is an “extremely important” part of the development strategies of the two villages as it is able to attract thousands of visitors during what is so often called the Algarve’s “low season”.

The festival is part of the 365 Algarve cultural programme, which is helping develop the region’s low season tourism.