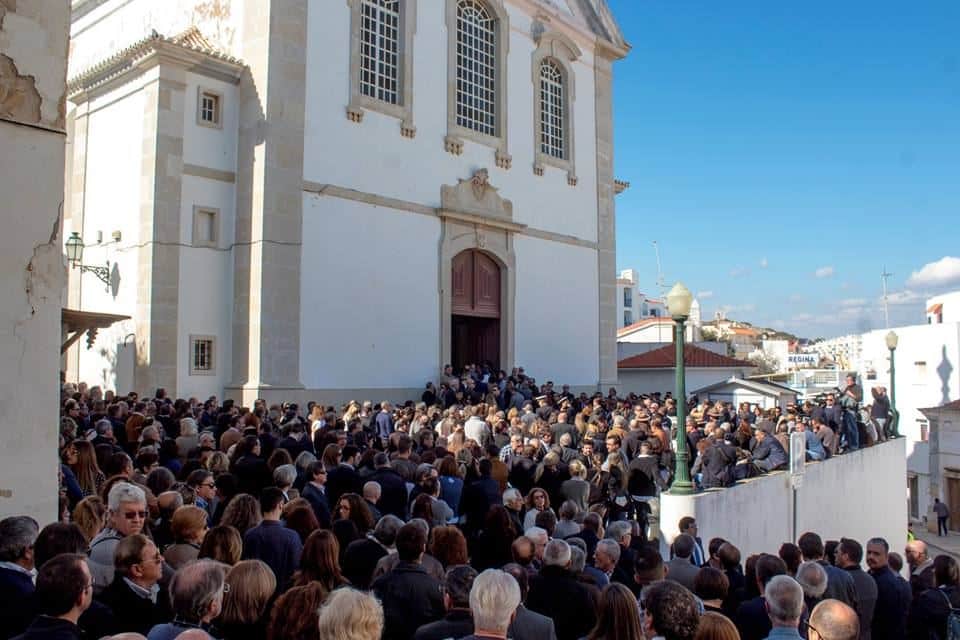 The event was beamed over all major television networks and attended by numerous public figures, not least President of the Republic Marcelo Rebelo de Sousa.

Said tabloid Correio da Manhã: “The president did not want to miss the final farewell of his former pupil and friend, turning up at the church in a discreet way, entering and leaving through the Sacristy in order to avoid television cameras.”

The weekend’s papers saw tributes flooding in from all quarters with one of Silva e Sousa’s great friends and political colleagues Francisco Amaral – current mayor of Castro Marim and a doctor by profession – blaming his friend’s premature demise on “the damned cigarette”.

Amaral told reporters that Silva e Sousa had told him of his wish to give up smoking as he was “feeling tired”.

It’s similar to the phrase used by Sulinformação writer Elizabete Rodrigues who reacted with total dismay over the news on Friday morning saying: “I only saw him a few days ago, at the council building. He was, as always, full of work. We even talked of the need to slow down a bit…”

Local people interviewed at the funeral reiterated feelings of incredulity: “We are all in shock”, said one. “He was a very good person, very human”, said another, while the council’s vice-president (now taking over as mayor) José Carlos Rolo also paid his respects.

“We received the news (of Carlos Silva e Sousa’s death) with the greatest consternation”, he told reporters. “He was a man who loved life. A great enthusiast for local politics and the Algarve. The region and the country is much the poorer”.

The funeral courtège which involved dozens of cars, wound its way from the Igreja Matriz to the town’s Cemitério Novo, where Carlos Silva e Sousa was laid to rest.