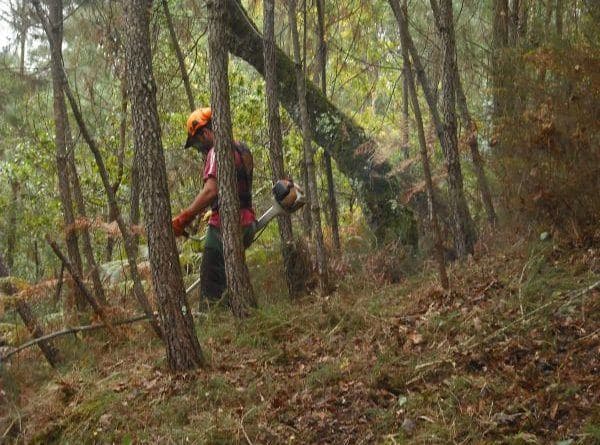 At last the holes in the government’s fire-prevention message are beginning to show through.

Público today carries a story headlined: “No, all trees round the house do not have to be cut down” while Visão suggests the campaign “Portugal without Fires depends on Everybody” is also illegal.

In tune with multiple messages coming from landscape gardening companies and town councils, the ‘order’ that has been emailed to every single national taxpayer to cut down trees round houses (or face stiff fines) is raising multiple questions – not least on the sanity of ‘the powers that be’.

Explains Visão: “The problem is that the text and the campaign do not explain that all trees are not equal.

“For example, it is prohibited to cut down, without previous authorisation, cork and holm oaks, or monumental and/ or classified trees.

“There are also areas with their own specific regulations, like the ‘Serra de Sintra’, for example.

“But that is not all”, the magazine adds: “The law does not oblige people to cut all trees down”, it stipulates pruning, landscape architect Henrique Pereira dos Santos stresses.

“It obliges people to leave a 4 m distance between tree crowns, and to trim back branches, but the landowner does NOT have to cut trees and scrub directly”.

Pereira dos Santos has also pointed out ‘technical deficiencies’ in the law, insisting that: “It makes no sense at all.

“Firstly, because if one cuts in March, scrub will have had time to grow back by August. But, more than this, the more shade offered by trees, the less scrubland grows. Plant productivity is less. Asking people to cut down trees is adding to the growth of combustible material”, he said.

Visão concludes its text published yesterday afternoon by highlighting another discrepancy: apparently while everyday folk are being exhorted to raze their gardens and areas of shade, government buildings in the woodland of Monsanto are remaining encircled by greenery.

Why aren’t they cutting the trees there, queries Pereira dos Santos, “because the law, when it is made, should apply to everyone. Including the State”.

The truth is that less and less people seem to understand government’s fire-prevention campaign. Articles like the ones quoted here are simply adding to the confusion.