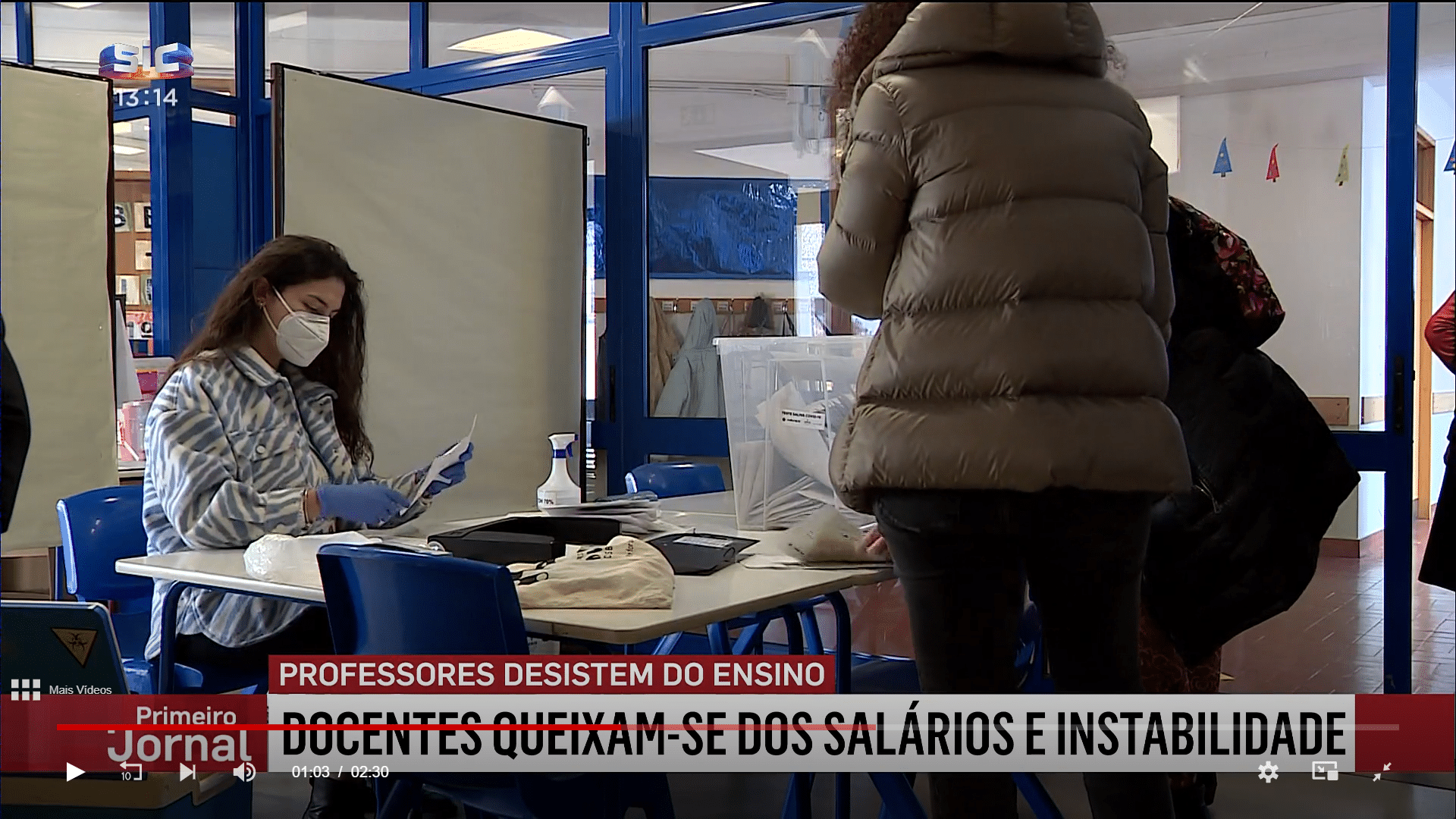 The plight of Portugal’s teachers – on miserable salaries that “don’t cover fuel costs”, “don’t cover housing costs” and “make it impossible to start a family” – has seen thousands of teachers desert the profession in the last ten years.

The cruel reality of what it means to be a teacher in Portugal – remember many are ‘placed’ in schools tens of kms from their homes – has seen uptake by young people training to be teachers fall during that time by 75%.

The future of the profession is at risk, explain reports.

The warning comes hot-on-the-heels of a study by the Universidade Nova de Lisboa that predicts Portugal is on track for an “academic pandemic”: 34,500 new teachers will be needed by 2030/2031 because of the numbers exiting the profession and retiring.

Highlighting the dilemma, SIC has spoken to a number of teachers who stress it will be almost impossible to attract new intake unless conditions change.

One, David Caldas, explained that “right now I am earning less than I earned 21 years ago…”

He worked this out by the fact that 21 years ago, teachers were earning the equivalent of three times the minimum wage. Now, with minimum wages increasing, teachers are ‘practically on a par with the minimum wage’ – many of them taking home a little more than €1,000 per month and unable to put in for better-paid promotions (due to these having been ‘frozen’ by successive governments).

Add to the mix “lots of bureaucracy, long hours and large classes”, and you have a dead-end cocktail of “disenchantment, worry and demotivation” which sees teachers that could remain in the sector looking seriously at other options

With elections on the horizon – and the prime minister hinting that the vetoed State Budget will be back on the table if PS Socialists return – teachers are essentially warning today that they will be campaigning for a great deal more in terms of pay and conditons, or the country will pay for ignoring them in the not too distant future.