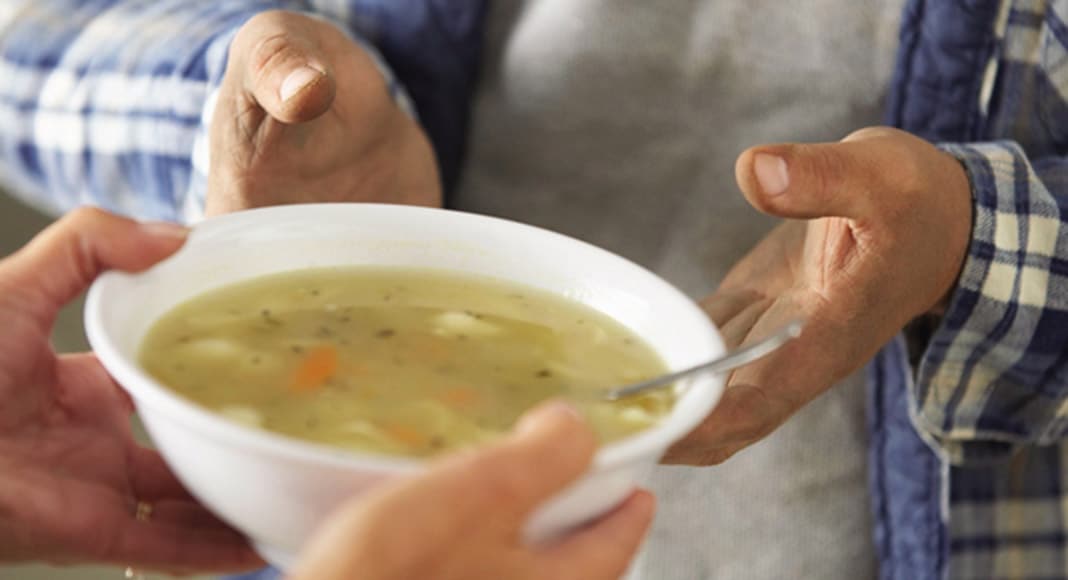 Thousands of Portuguese have found themselves forced to turn to Cáritas in order to get a square meal.

Since the start of the pandemic, the Catholic charity has seen an unprecedented increase in poverty. Indeed its president Eugénio Fonseca suggests the crisis has pushed people to the brink it a way no other has for the last 100 years.

Professional groups mobilising over social media have already highlighted an increase in suicides since March, which they claim is being ‘kept under wraps’.
Not so easy to hide however are the legions of people beating a path to Cáritas’ door.

Said Fonseca in interview with Rádio Renascença: “We are terribly concerned, not just over what is happening in Portugal, but on a worldwide level. This ‘sanitary problem’ has risen up, bringing with it a very significant contraction of the economy. At Cáritas we have felt this with a growing number of new situations involving people who have never before sought the help of our institution”.

The worst of it is that even Cáritas cannot help everyone.

Of the 50,000 appeals for help – on both a simple sustenance level to the paying of household bills, the charity has only been able to deal with 26,000.

“Of course we can’t help everyone”, explains Fonseca. “We simply don’t have sufficient resources”.

The restrictions caused by the pandemic make street and Mass collections impossible as well.

Right now, he told RR, the charity has started receiving appeals from youngsters who have won places at universities but now don’t have the means to get there: parental incomes have taken a nosedive to the point that paying fees and finding a room to rent are out of the question.

Says Fonseca, in the past, appeals like these only came at the end of the students’ academic career “when they needed to pay their last term’s fee to get the certificate that they had concluded their course”.

When unable to help, Cáritas always tries to send people to other institutions that might “give the necessary response”.

And when it comes to household bills, he explained many families are much too frightened of falling into debt by taking up ‘moratoriums’ offered by service companies/ banks, as they have no idea when they will be in a position to start catching up on payments.

Eugénio Fonseca was talking in the context of the International Day for the Eradication of Poverty, which falls tomorrow (October 17). He told RR in his opinion there is a “great lack of honesty and determination” to this end, as it’s clear to see that the accumulation of wealth in the hands of a few is rapidly advancing while there are only “faint signs” of any kind of elimination of poverty.

Portugal currently has over two million people in what can be classified ‘a situation of poverty’. Bearing in mind the entire population is only five times that number, it’s a very dismal situation to admit to in a country that is ‘celebrating’ the imminent arrival of a bazooka of billions of euros from Brussels to ‘re-industrialise’.