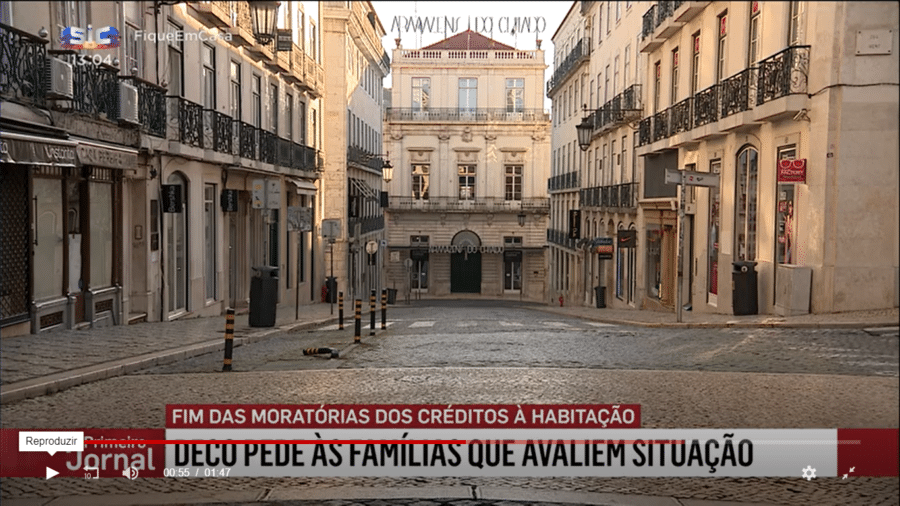 Thousands of Portuguese families are braced for April when the government-led moratorium on bank credit repayments expires.

It’s the moment when those who have been spared from monthly mortgage instalments due to pandemic-led falls in income will have to start back on the long road towards repayments.

Consumer watchdog DECO fears many simply won’t be up to the challenge.

Banks are already advising customers that the ‘grace period’ is coming to an end.

According to data published by the Bank of Portugal, in May alone there were 300,000 mortgages suspended among the other public and private credit moratoria.

There may be ‘solutions’ for families, explains DECO, which is calling on citizens to evaluate their financial situations and communicate any difficulties they can see themselves having with their banks.

Says DECO’s Natália Nunes: “Banks are obliged to look at the financial situation of families and see if possibilities exist to restructure the situation so that the family doesn’t fall into arrears”.

Nonetheless she admits that there will be “sadly be situations in which there is no viability to restructure the credit” (as the families concerned will simply not have the prospect of the necessary income).

For those, there is the possibility of adhering to a State-led moratorium on repayments, but to qualify for this, applications have to be made before the end of March.

In other words, advice now to families is ‘look at your situations, and try and make alternative plans if your current income cannot support your credit repayments’.