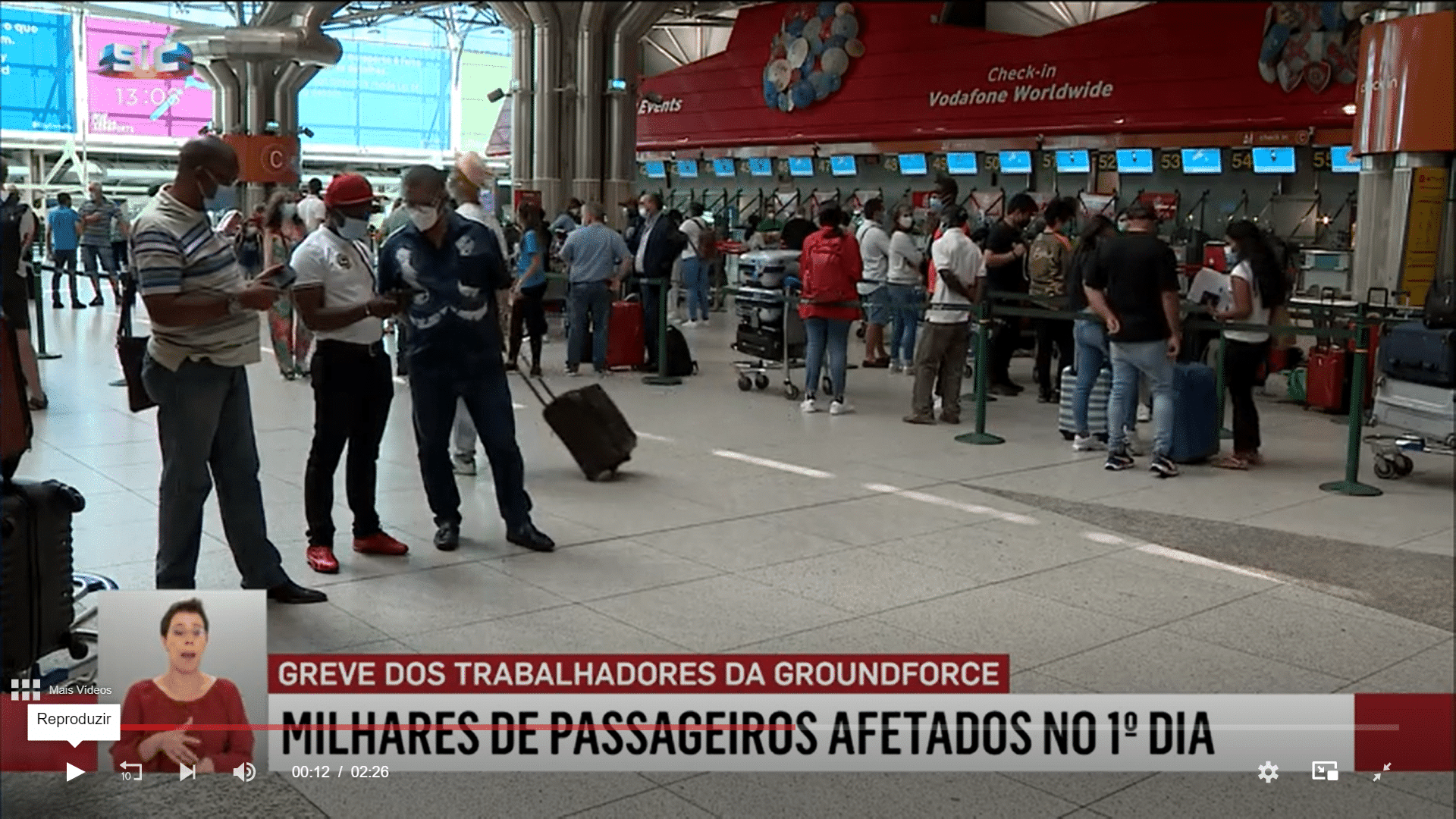 Thousands of airline passengers have been left in limbo as the first few hours of a strike by Groundforce baggage-handlers saw the cancellation of over 180 flights.

Indeed, the number of flights being cancelled “is growing by the minute”.

ANA airports authority and TAP have both appealed to Groundforce to call off this industrial action. If it continues, it won’t just impact on passengers, but on workers of Groundforce and TAP – two companies already in serious difficulties, said TAP’s CEO Christine Ourmières-Widener.

She stressed the implications of this strike could further damage the ‘economy of this country’.

The worst of these delays (for passengers) is that they could render useless expensive PCR/ antigen tests.

One woman talking to reporters at Lisbon airport this morning said her test validity would expire this evening. With her flight cancelled, she has no idea when a new one will come available; nor how she will manage to get a new test in the meantime.

Another issue is ‘physical distancing’. With the overcrowded situation now at Lisbon airport, this has become ‘impossible to enforce’, said SIC television just before lunch.

For now, TAP has a special platform for people with flights to check ahead, before setting out for the airport (click here).

All the country’s airports are affected, but Lisbon’s Humberto Delgado is suffering the most.

Hopes are that syndicate leaders will not continue the strike into tomorrow as planned.

Groundforce workers are demanding the payments of salaries and holiday pay. The company has been in serious financial difficulties since the start of the pandemic, claiming TAP actually owes it €12 million for services rendered.

TAP doesn’t agree, but its situation is only marginally better, with the government desperately hoping for authorisation from Brussels for another raft of State Aid to be able to keep the company afloat.