Portugal Resident
Home Covid-19 “Thousands of immigrants quit Portugal” due to lack of work caused by... 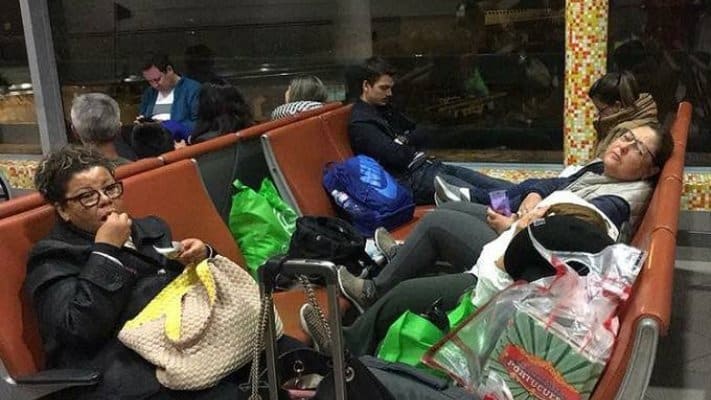 Thousands of immigrants have found themselves forced to leave Portugal because the Covid crisis has stripped them of all means of survival.

Jornal de Notícias reports today that over 2000 Brazilians were repatriated during the months of March to May, in “situations of extreme vulnerability”.

In March and April, the Ukraine mounted five repatriation flights to rescue nationals in a similar predicament.

Exact numbers are uncertain, admits JN. It’s simply clear that the pandemic “took these people’s jobs and threw them into poverty”. Many had to resort to the help of charities and associations to eat – even to sleep as they lost homes they could no longer afford to pay rent for.

Brazil’s deputy consul-general Eduardo Hosannah told the paper, authorities “received a very expressive number of appeals for help during the outbreak”. He described the people affected as Brazilians who were ‘in the phase of legalisation’, but hit so violently by the pandemic that they couldn’t continue under their own steam.

Like the Ukraine, Brazil mounted five repatriation flights, involving around 720 nationals. It’s not clear what the remaining numbers will have done, as sociologist João Peixoto told JN, their problems are set to follow them wherever they go.

“In the face of instant unemployment for people without a contract (many of these people will have been casual workers, receiving money as independents) there is no possibility of ‘lay-off’. If these people have no savings, returning to their home countries is the only solution, he said,  as the possibility of emigrating elsewhere – as happened in the last crisis – “no longer exists”.