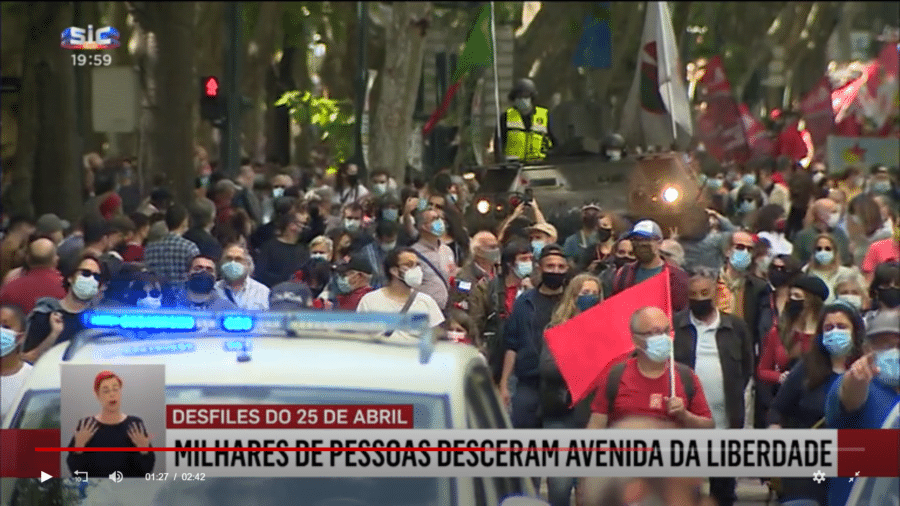 Thousands of people turned out in Lisbon today to commemorate the 47th anniversary of Portugal’s Carnation Revolution.

In spite of all the ‘bad weather warnings’, the sun shone brightly on Lisbon, and people clearly felt it was a ‘good day’.

In parliament, in a much more subdued commemoration, President Marcelo gave a speech that looked back on history which all parties seemed to welcome.