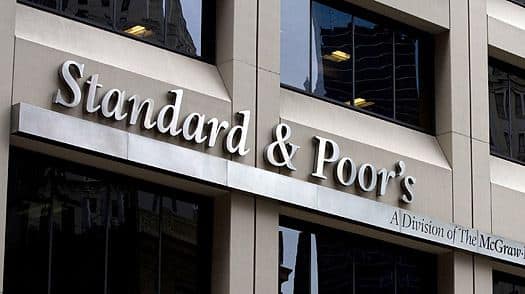 Following in the steps of Moody’s and Fitch, leading ratings agency Standard & Poor’s has sounded the alert over Portugal’s budgetary forecasts, saying they seem far too optimistic.

With Brussels saying much the same – and the Socialist government apparently refusing to budge – S&P’s conclusions are that they “believe that the stability of the government would be put at risk” if Portugal’s draft budget is not amended.

“As we have said, our expectation is that the government continues committed to policies that favour budgetary consolidation – albeit at a slower rhythm than previously,” a statement from the agency explained yesterday.

“This has been demonstrated in the deficit objective of 2.6% GDP against the last government’s 1.8%.

“However, among other things, we note that the assumed growth projection for GDP seems to lean towards optimism. This means that if economic growth performs below the level forecast by the government, additional deficit reduction measures would be necessary to complete the objective. Here, we believe the stability of the government would be put at risk.”

The problem – as all ratings agencies and indeed Brussels have noted – is that the new government has already reversed many of the measures designed to promote budgetary consolidation.

This is all leading up to the “big issue” of what an anti-austerity government will mean for Portugal, both here and abroad – but according to Diário Económico today, Brussels is “without power” to change the nation’s budget.

“In spite of the public pressure on the Socialist executive to act rapidly over its budgetary plans, the powers of the European Commission are more political than formal,” the paper explains.

There could be the “possibility of sanctions” under the EU’s EDP programme (excessive deficit procedure), but as these were not implemented when Portugal registered a deficit of over 3%, it would be “complicated” to do so now.

It has to be remembered that ratings agencies are judging Portugal on the basis of investment risk – and this has already been hugely compromised by recent decisions emanating from the Bank of Portugal (click here).