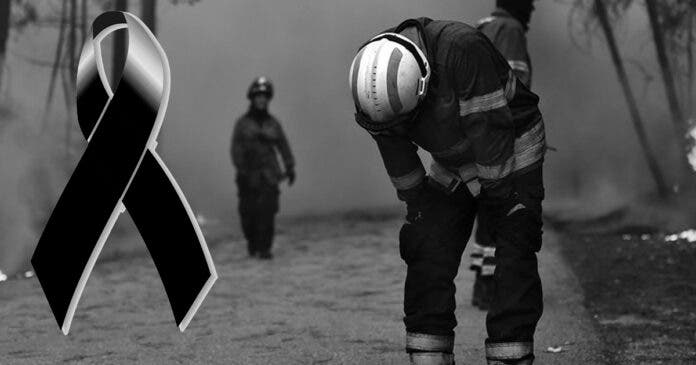 A third firefighter has died in the space of just a few weeks as Portugal’s wildfire season shows no sign of abating.

Right now the Oleiros ‘blaze’ is still active on three fronts and likely to stay that way until at least Tuesday.

Explaining the situation, minister for interior administration Eduardo Cabrita announced a ban on any work taking place in ‘rural areas’ until midnight on Tuesday.

He admitted that ‘realistically’ the fire that began in Oleiros and has since spread to Proença-a-Nova and Sertã “could last until Tuesday or even Wednesday”.

Climate conditions – temperatures in the low 40ºs, 65 km/ h winds and very low levels of humidity – are not helping combat.

Saving human lives is “a priority”, said Mr Cabrita. Thus there have been evacuations and may continue to be as combat efforts are described as working from “the back to the front” of the fire and “on the flanks”.

The firefighter who died has been named as 21-year-old Diogo Dias of the Proença-a-Nova fire station.

Prime minister António Costa has already ‘lamented’ the death, which happened as a result of an horrific accident in which the fire truck the firefighter was travelling with four others blew a tyre and overturned before crashing into a ravine.

The other firefighters on board were thrown from the vehicle. Three have been described as ‘slightly injured’ a fourth was more seriously hurt with ‘facial trauma’ and is being treated in hospital.

The Facebook page of Bombeiros Portugueses has carried a photograph of Diogo Dias with a harrowing text referring to the likelihood that whoever started the fire (it is believed to have been an act of arson) will probably walk free due to being considered ‘a mental deficient’ or ‘drunk’.