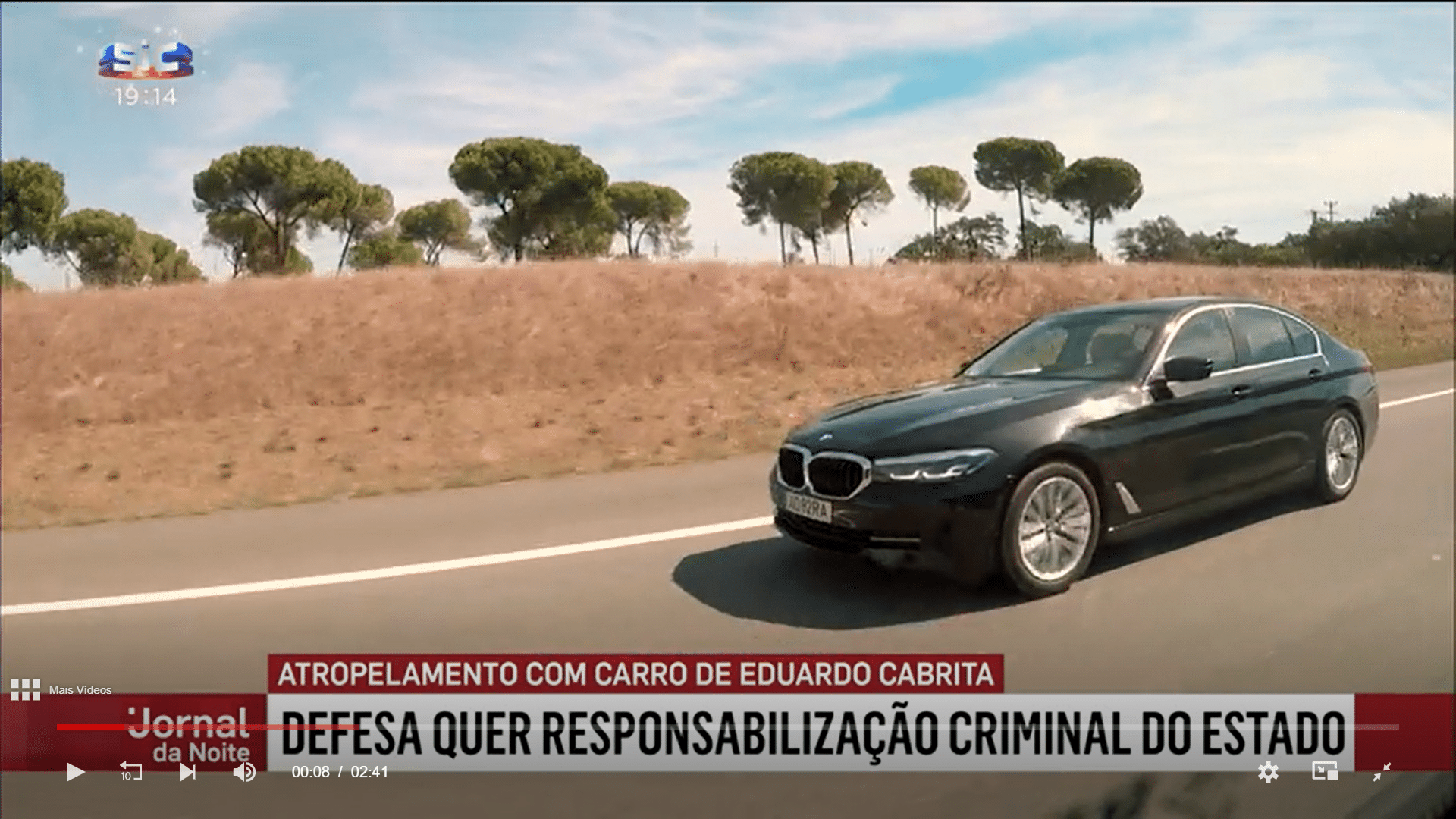 The PR disaster that followed the death of motorway worker Nuno Santos after he was hit at high speed by car transporting government minister Eduardo Cabrita has reached a new critical height.

The family left with a ‘miserable pension’ and nothing by way of an apology are requesting ‘the opening of instruction’ to sue the Portuguese State ‘in the person of Mr Cabrita’ (now no longer a minister click here) for criminal responsibility in the death of their loved one.

Correio da Manhã – the only newspaper that has seemed to understand the depth of psychological trauma of this tragedy – has heard from the dead man’s parents that they have never received “ a word, or an apology” for the accident that took the life of their only son.

“We never received a word from the minister’s office”, father Francisco tells the paper. “They sent some flowers (to the funeral) and never wanted to know about us again”.

Grieving Francisco has no doubts: if the situation had been ‘the other way round’: Nuno Santos running over and killing a government minister, his son today would have been in jail.

“But no, Nuno’s life seems to have been worth less, or worth nothing at all”.

Says the paper, the dead man’s family have no doubts about who is to blame: “Nuno was working, he was hit by a car that was travelling at a crazy speed. He died at the scene, but the State failed because it has not protected his descendents”.

Nuno’s life partner and two children are currently receiving a “miserable pension”, Francisco told CM, while Mr Cabrita’s recent statements about being just “a passenger” in the car have cut further.

Today, the paper reiterates the fact that Mr Cabrita didn’t get out of the car “even when he knew the victim had died”.

There are still so many ‘details’ in this case to fully-establish, not least the fact that driver Marco Pontes, facing the accusation of negligent homicide, has said that it wasn’t he who chose the route taken on that fateful day; nor he who decided to remain in the left-hand (fast) lane throughout.

Mr Pontes’ contention is that he was instructed in both these matters by the minister’s PSP security detail (which was not even in the car click here).

Eduardo Cabrita resigned last week on the basis that his stepping back would protect the PS Socialist party as it enters a national election campaign.

Since then, stories about this incident have run practically every day.