Portugal Resident
Home Original There will not be a recession 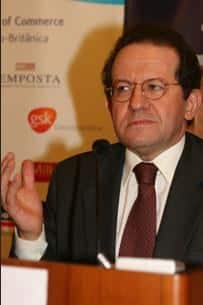 Portugal still had structural problems and changes in the past two years had “not been enough” to solve the country’s competitiveness problems, but, nevertheless, signs were encouraging.

Portugal had emerged from a period of poor economic growth between 2001 and 2005 (0.6 per cent) to 1.9 per cent in 2007 which was below European average growth but accompanied the recovery in Europe. The recovery had come about in Portugal because of public finance consolidation where results “were remarkable”.

“In structural terms adjusted to the economic cycle – excluding any extraordinary measures – the Primary Deficit came down from -3 per cent in 2005 to +0.4 per cent of GDP in 2007.

“All this happened in two years and has never happened in Europe for a long time, so it was a very sizeable adjustment,” he said.

These successes came both as a result of increased revenue and a decrease in expenditure. Over the past two years, total receipts increased by 1.57 per cent of GDP and expenditure came down by 1.91 per cent. This also was as a result of reduction in civil service numbers and other public reforms.

“This had a cost in terms of growth as the restriction in fiscal policy had a negative impact of at least 0.5 per cent points in each of the two years.

“This success is important for the future because it is beginning to restore the anti-cyclical role of fiscal and budgetary policy,” he added.

Exports too were a more dynamic element of total demand in the Portuguese economy accounting for 9.1 per cent in 2006 and 6.9 per cent of GDP in 2007.

“It shows we were able to accompany the recovery in trade, were competitive enough to do so, while there were changes in the composition of our exports to more technological products, representing 15 per cent of total exports in 2007 compared to just 7.3 per cent in 1996 (Organisation for Economic Co-operation and Development).

“If we count high and medium-high tech exports, the percentage went up from 36 per cent to 46 per cent in two years,” he explained.

Portugal had, for the first time last year, a positive technological balance of 60 million euros, one that was not sizeable but encouraging.

Exports outside the EU went up by 27 per cent in 2006 and 12 per cent in 2007 and the change in composition of exports in recent years from traditional textiles and clothing to technology and services showed an increase in productivity that was not driven by employment, investment of capital but productivity.

“This shows that firms have been rationalising, restructuring and improving their productivity,” said Vitor Constâncio.

However, there was a long way to go if public consolidated finance deficit was to fall from 2.4 per cent in structural terms in 2007 to 0.5 per cent by 2010.

“We have a level of firm and household indebtedness that indicates domestic demand must not be a very important drive for growth and we have to face that and face more competition from abroad,” he warned.

In conclusion, Portugal would grow in 2008 but less than the 2.2 per cent predicted in January, although it still would keep pace with the European Union average, and might even be slightly above.