Portugal Resident
Home Portugal News “There is no crisis” but “we have to do everything to avoid... 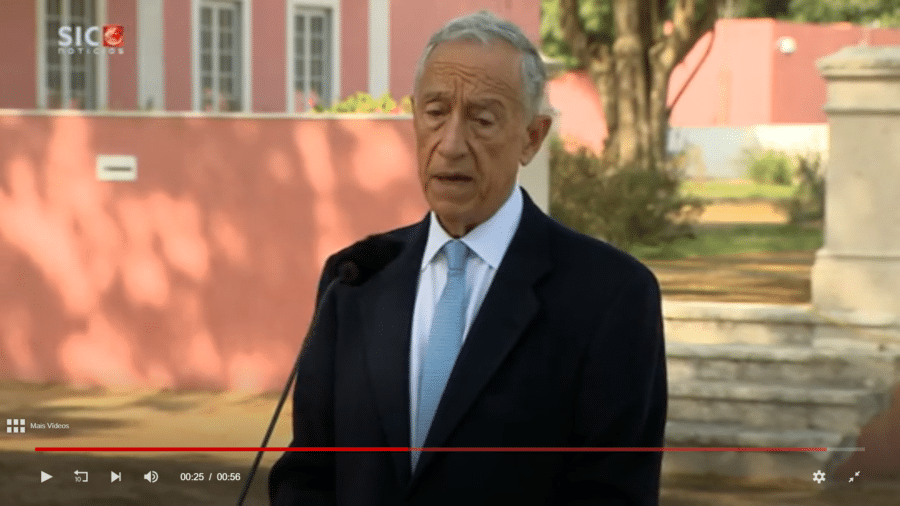 After another politically complicated week, President Marcelo took the opportunity when visiting an old people’s home in Lisbon today to talk to the press and say ‘there is no crisis’.

What he meant really was there is no further crisis. The Covid/ economic crises continue with neither bringing much in the way of joy.

In spite of ‘all the good news’ (vis-a-vis falling hospital numbers, reducing active infections), outbreaks here and there are still causing deep concerns – both in the Algarve and in the north.

While politically Marcelo suggests ‘there is no crisis’ (following the government’s recourse to the Constitutional Court over three ‘rogue’ laws for extra social support), elsewhere it is one crisis after another.

The message today was “we all have to do everything for the Rt not to increase”.

But it is increasing. It has been since the country started its slow creep out of lockdown.

Concerns particularly today are for areas in the south, and Paços de Ferreira, near Porto, where an outbreak in an upholstery factory has seen case numbers rise by 30%.

Said the president, this is a decisive moment. Everyone has to do their best so that “April goes well” and in order that the country doesn’t collapse into “a fourth phase”, which has already happened in other European countries.

He did his best with smiles and a positive attitude, but the overall message today will not have given anyone a great ‘lift’.

The only certainty is that Marcelo is looking at the big picture. If April does indeed go well, the moment will come to “look after all those who have most suffered in society”.

To that end, he did what he did with the diplomas passed by opposition parties because his role “will always be conciliatory”. He is, he explained, focused on ‘saving State Budgets in the name of stability, saving laws for reasons of the crisis…”

The next two State Budgets are fundamental for the government to reach 2023”, said the head of State. “If not, they won’t. No-one profits from a crisis”.

And so the country eases towards into an Easter where nothing looks like it is really getting an easier at all.