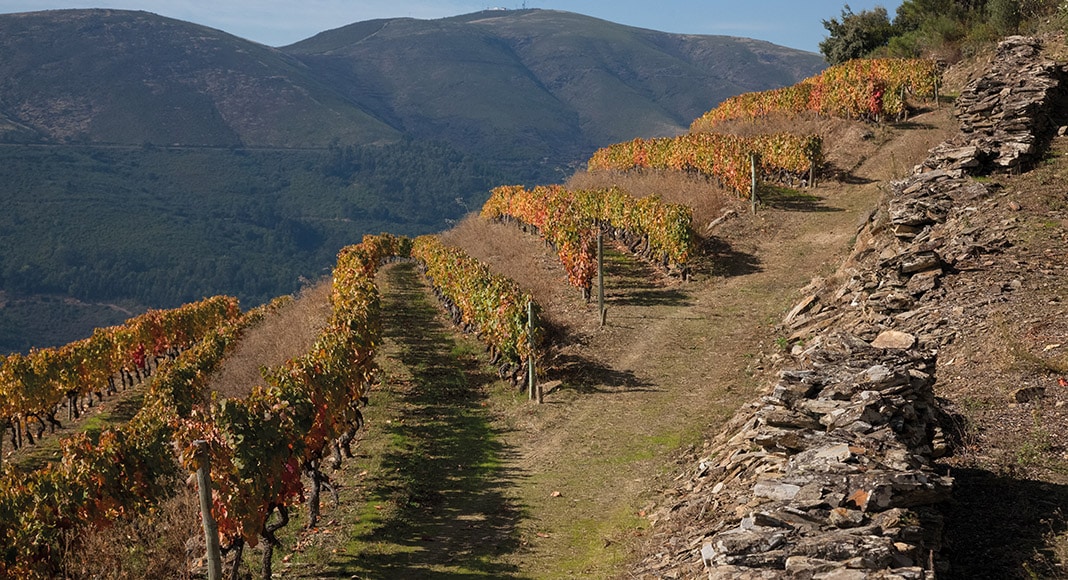 The Wine Show is back! This is welcome news for wine enthusiasts forced to spend more time at home over the next few weeks and, excitingly, Portuguese wines are the star attraction in Series 3.

Douro wine patriarch Paul Symington said to me last year that, in his opinion, “Portugal produces world-class wines from north to south”. There is no doubt that Portugal deserves its role alongside the classic wine producing countries, such as Italy and France, that you would expect to find included in the series.

Wine expert Joe Fatterini along with wine communicator Amelia Singer lead us on a journey of wine discovery through mainland Portugal, and across the Atlantic Ocean to the islands of Madeira and the Azores.

Our starting point is deep in the Douro, at Quinta do Noval, one of the region’s most famous estates, where Matthew Goode, James Purefoy and Dominic West meet up in each episode for much humorous banter and, above all, to taste a succession of unique wines.

I love the way The Wine Show makes wine fun, which is exactly what wine ought to be. It also reminds us wine is not just about tasting, it’s equally about stories and conversation. In each episode, we get a chance to learn about wine demystified, in the company of this group of cool presenters, as if we were guests at their table, which by the end of each episode we almost feel we are.

Quinta do Noval happens to be one of my favourites. The vineyards in Vale do Pinhão are some of the Douro’s finest and the views over the estate’s terraced vineyards with their old vines are stunning. The seven episodes of Series 3 were filmed during the grape harvest and include a hilarious scene with West, Fatterini and Co. traditionally foot-treading in stone troughs with the locals.

Noval’s ‘crown jewel’ is its famed Nacional plot, where each year a very small quantity of red wine or Port is made from ancient vines immune to the Phylloxera bug. The Wine Show boys get to taste some of this nectar on the estate’s terrace beneath the giant cedar tree. Bliss!

If Episode 1 is anything to go by, I have high expectations for the remaining six episodes to be rolled out over the next few weeks. In this episode, we visit Palácio da Bolsa, the neo-Moorish former stock exchange in Porto, a reminder of wine’s important place in Portugal’s economic and cultural history. The Palácio da Bolsa is a couple of minutes’ walk along from the British Factory House, citadel of the Port trade, which we will be privileged to get a peek at in a later episode.

Joe Fatterini takes us to Madeira and remarks that drinking a 70-year-old Madeira is like “tasting history”. The story of wine in Portugal is indeed closely linked to the country’s history of exploration, discovery and trade.

In Belém, we stop off to admire a mosaic pavement map of the world, marvelling at the audacity of Portugal’s early explorers.

Portugal is distinguished by more than 200 different grape varieties, many of them not found elsewhere in the world, and the country’s 14 wine regions have an exceptional variety of terroirs.

It is this diversity, combined with the talent of the current generation of Portuguese winemakers, which is now attracting the attention of wine critics and sommeliers around the world.

We hear about a rare Terrantez do Pico, a white wine from the volcanic soil of the Azores, in which it’s possible to detect the salty influence of the Atlantic.

In a later episode, we taste the wines of Bairrada legend Luís Pato.

The series includes an exciting smattering of next-generation Douro winemakers and equally a visit to the enchanting Quinta de la Rosa near Pinhão, where, alongside their superb dry wines and Ports, they have recently started making craft beer.

Portuguese gastronomy is also beginning to gain traction. This summer, I had a memorable lunch at Porto chef Pedro Lemos’ pop up restaurant at the Symington’s Quinta do Bomfim, and Portuguese chefs are equally beginning to get a toehold in cities such as New York, London and Paris.

The Wine Show pairs a Quinta da Boa Esperança white, from the Lisbon wine region, with a pork Vindaloo, a staple of Goan gastronomy where pork was originally marinated in wine and garlic.

So, enjoy The Wine Show’s enticing sampling of Portuguese wines and, as soon as it’s safe, why not venture out to taste the ones you are unfamiliar with.

You can view on Amazon Prime or ITV4 – www.thewineshow.com
By JAMES MAYOR
Grape Discoveries