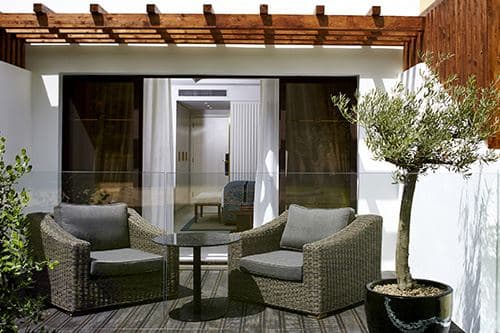 A sunny and warm weekend is expected across the Algarve tomorrow and on Sunday with the highest temperatures predicted for Saturday while a mixture of sunshine and cloud is expected on Sunday.

The high temperatures will only be made cooler by the prevailing northerly wind which will be strongest on Sunday across the region making it seem cooler than it is.

In the west towards Sagres light cloud cover is predicted for Saturday morning and also for Sunday morning with clear skies for the rest of the time.

Temperatures will reach highs of 23°C on Saturday and 21°C on Sunday with lows of 13°C on both Saturday and Sunday.

All weekend the wind will be from the north with very low speeds averaging only 6 kilometres per hour through Saturday in the east towards Faro.

Ocean temperatures across the Algarve are set to remain at 16°C all weekend for the entire region.

Wave heights will average 2.3 metres in the west on Saturday peaking around 3pm at a height of 2.4 metres while on Sunday the average wave height will be similar with averages of 2.2 metres.

In the east towards Faro the wave heights will be lower with waves peaking at 1.8 metres in height on Saturday and on Sunday.

Looking to the coming week, temperatures in the east towards Faro are to drop to average highs of 15°C with lows of just 6°C.

Clear skies are predicted from Monday until Wednesday but the strong winds will keep it feeling cool.

Thursday and Friday are to be partly cloudy, however there is no chance of rain and the start of the week and only a 4% chance by Friday.

Towards the west and Sagres the skies will also clear on Monday and Tuesday with intermittent cloud predicted for the rest of the week.

Temperatures will be similar to the east with average highs of 14°C and lows of 11°C.
1″>news