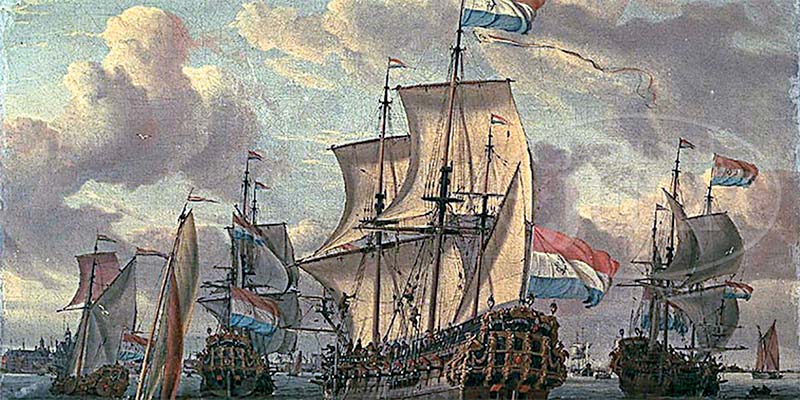 Portugal had a century start on the other European empires in the east and, in a sense, the Portuguese eastern empire lasted much longer than those of its competitors, since Goa was Portuguese from 1510 until 1961, 451 years. Yet the empire won with so much difficulty by Afonso de Albuquerque had by 1663 all but disappeared. All that remained in India was Goa, Damão, Diu, Chaul and Baçaim, Macau in the Far East; the sandalwoood islands of Indonesia; and Mombasa. Sofala and Mozambique in Africa.

In the early 16th century, there were two schools of thought about the best way to exploit Portugal’s monopoly in eastern waters: on the one hand, D. Manuel I (1495 – 1521) and Governor Afonso de Albuquerque believed that Portuguese interests could best be defended through strongpoints in territorial possessions; and on the other hand, those like Lopo Soares de Albergaria (who succeeded Albuquerque in 1515 as Governor of India) thought it was more important to seek profit by investing in trade routes in the Indian Ocean.

When one considers that during the first phases of Indian conquests, Portugal was already heavily committed in the Moroccan crusade (in the year 1510, for example, there were 11 Portuguese fortresses on the hostile Moroccan coast), the domination of tiny Portugal in eastern waters is truly astonishing.

By the end of the sixteenth century, Portugal acknowledged more than 120 outposts in the vast Estado da Índia, from the Cape of Good Hope to Japan. In India alone, Malabar, Coromandel and Bengal, they had 44 locations. And of course by 1600, Portugal was also investing heavily in its American empire in Brazil.

These territorial outposts sound fine in the abstract, but they were expensive to maintain, and their demands on manpower were too great for tiny Portugal. As early as the 1590s, it was clear that the Estado da Índia was corrupt and could not meet its own defence costs. For example, the captain of the fort in Chaul had only eleven soldiers but indented for the pay of sixty. The crown was reduced to exacting forced loans, and viceroys used their personal money to conduct government business.

The peak period of Portuguese pepper from Asia was between 1513 and 1548, and exports declined as competition grew. Anticipating the boom in cotton exports in the nineteenth century, the Portuguese began to carry finished cotton goods from Bengal and Gujarat. These goods came to represent a large part of Portuguese commerce. And considering that most contemporary Europeans were clothed in woollen products, one can imagine that fine cotton cloths were welcomed as luxury items.

After the death of the Cardinal King Henrique in 1580, Felipe II of Spain had also become Filipe 1 of Portugal. He was the son of a Portuguese Infanta, he spent enormous sums bribing Portuguese aristocrats, and an army under the Duke of Alba enforced his claim. He was fond of boasting, “I inherited it (ie Portugal), I bought it, I conquered it”.

As Portugal was now a part of the Spanish Empire, Portuguese possessions were fair game for the Dutch during their Eighty Years War of Independence from Spain (1568 – 1648). The struggle between the Dutch and Portugal was conducted on four continents (Africa, America, Asia and Europe) and this 17th century contest was so widespread that it deserves the title of First World War.

The Dutch reckoned that by attacking the Portuguese empire, they could make the money they needed to fight for their independence from Spain. The Portuguese outposts were all located on exposed sea coasts and were therefore more vulnerable than the Spanish viceroyalties of Mexico and Peru. The enormous effort over the globe by Roman Catholic Portugal against the Calvinist United Netherlands with their populations of 1.5 million each exhausted Portugal and enriched the Netherlands.

After the proclamation of Portuguese independence from Spain in 1640, Portugal had a new Spanish enemy on her own border. The Dutch state made peace with Portugal in Europe, but the Dutch VOC (their East India Company) disingenuously continued their fight beyond the line (ie, south of the equator). Many of the Asian conquests made by the VOC happened after the peace treaty was signed in Europe.

The VOC had been founded in 1602 and gained control of the cloves, nutmeg and mace of the Moluccas, the cinnamon of Ceylon and the pepper of Malabar. By 1663, the Dutch had also displaced the Portuguese in carrying trade in Asian waters between Arabia and Japan. Portuguese were also expelled from Japan in 1639 in favour of the Dutch.

The Dutch expansion in the Indian Ocean between 1600 and 1663 was in its way just as remarkable as that of Portugal a century earlier. Their success was based on their superior seamanship and leadership, together with a perfidious disregard of the international treaty.