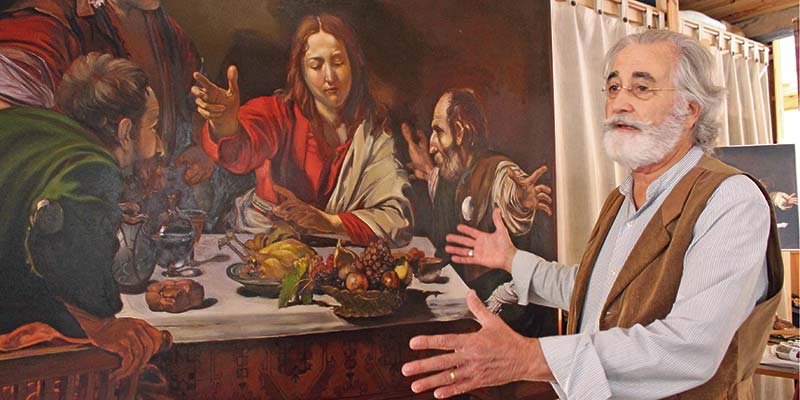 With over 50 years of experience, painter António Villares Pires ventures into unchartered territory to create his first Caravaggio.

It only took eight years for António Villares Pires to discover his love for art. During this time as a child in his hometown of Porto, António says he lived in the same neighbourhood as several artists who inspired the young prodigy, and – as it goes with many in the art field – the rest is history.

António moved to the Algarve 11 years ago and founded his workshop in Silves shortly after. The studio’s name, O Templo do Tempo (translated to ‘The Temple of Time’), is a reflection of his perception of art. “I have always felt that when something is truly art, it belongs to the past, present and future,” he says. “It is timeless.”

The artist’s main focus has been in painting and sculpting, with all of his studio’s showcased works created within the last decade. Though António has obviously stayed busy, it has not stopped him from pursuing new challenges, like with his current Caravaggio copy. “Caravaggio” is a style of art named after Michelangelo Merisi da Caravaggio, an Italian painter who created the technique in the 1500s. The master is known for his method of portraying humans in both a physically and emotionally realistic manner, with the setting of such paintings centred around a dramatically dark background and illuminated by a single source of light.

As António’s first time painting in this style, the artist says he embarked on this journey simply because he wanted to know deeply about Caravaggio. “To study properly, we must try,” António says. Earlier this year, he set out to recreate Caravaggio’s Supper at Emmaus. The second floor of his studio is all but devoted to this piece, with the canvas flanked by pictures of the painting for reference, a colourful collection of oil paints and a large, freshly cleaned palette. This is where the artist has spent five to six hours every day for the past six months – though that has far from made him grow tired of the process. “I love it more and more each day,” he says.

Using only oil on canvas, he has strived to make his painting match every last detail of the original, including its massive size. To the untrained eye, the works look identical, with António’s depiction a literal spitting image of the creation by Caravaggio. He says he chose this piece in particular because he finds it to be “an extraordinary painting with a lot of soul and humanity”.

Caravaggio’s Supper at Emmaus is dated over 400 years ago and tells a story following the rebirth of Jesus Christ, António says. In this tale, a reborn Christ is shown seated before a feast inside a village inn, joined by the innkeeper and two of his past disciples, all of whom do not yet know who he is. When Christ reaches out his hand in his renowned gesture to bless the meal, the men instantly recognise him. “This is the moment that Caravaggio tried to capture,” António says. “And he did so very well.”

Though the Portuguese painter has made a tremendous amount of progress, he says the work is not over yet. Following roughly another month of painting, he planned to finish the piece in November. During the last week of this same month, António travelled to the National Gallery in London to see the original masterpiece on display for the second time (with 30 years passing since his first visit). After getting an in-person look and making note of any changes needed, António is putting the final touches on his painting. Then, he will venture back to London to begin the journey of getting it officially certified. “I don’t know the process for this yet,” he says. “Right now, I am focused on making my painting the best I can.”

Upon completing this piece and having it certified, he plans to sell the creation. However, this is far from the end of his venture into the Caravaggio technique, as António assures he anticipates continuing to make more pieces in this style. He has been painting for more than 50 years, and feels Caravaggio welcomes a new “challenge to learn”, he explains. “When I am working like this, I feel again 28,” António says.

His studio is open to the public whenever he is there, which is quite often. While his pieces are for sale, António stresses the personal importance that O Templo do Tempo is seen as not just an art store, but a creative sanctuary that he pours his heart into. “This is my life,” he states.

O Templo do Tempo is open to visitors at various times during the week, and António also offers art lessons in painting and sculpting. 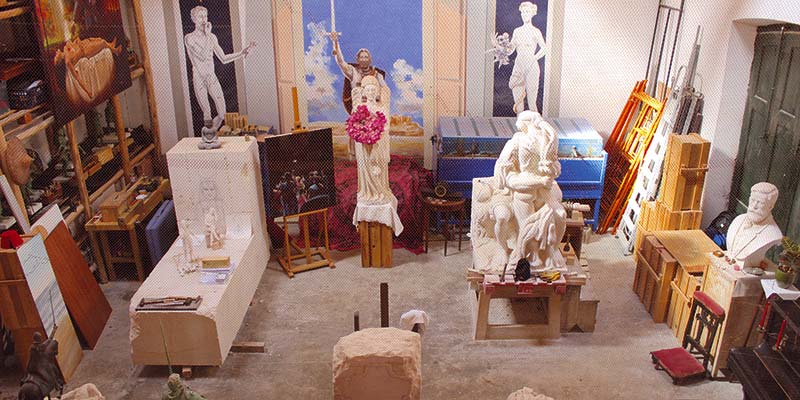 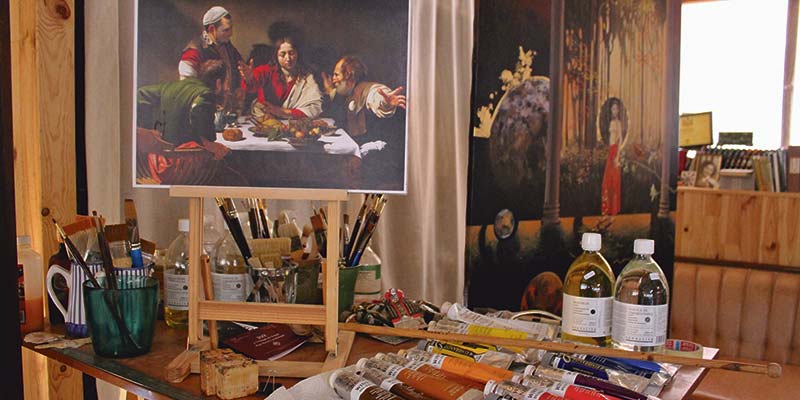 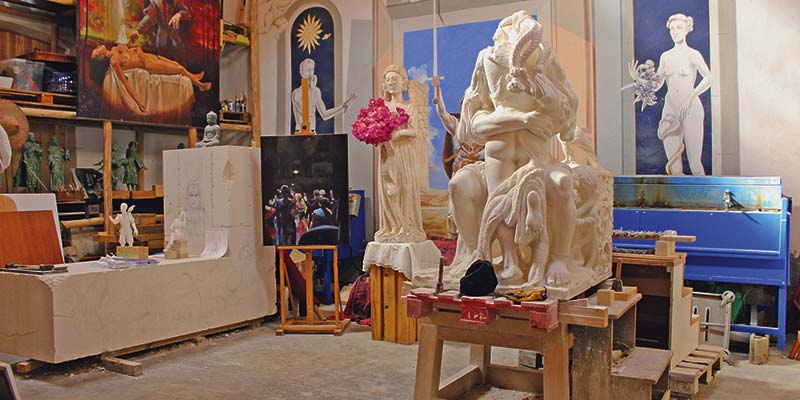