Portugal Resident
Home Portugal News The sun is out! Spring-like weekend ahead 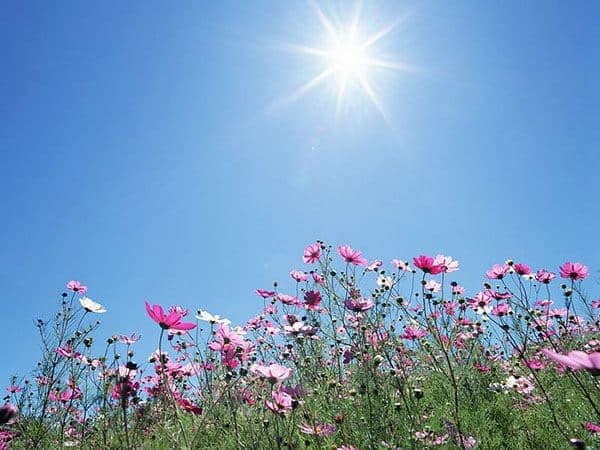 After weeks of heavy rain, strong gusts and freak waves causing widespread damage along Portugal’s coast, it is time to head outdoors and enjoy the sun and mild spring temperatures.
Clear blue skies and temperatures above 20ºC is the forecast for mainland Portugal today (March 6) – the start of a spring-like weekend ahead.
According to the Portuguese Institute of Sea and Atmosphere (IPMA), the highest temperatures today are expected in Évora and Faro with 22ºC, followed by Lisbon, Beja, Leiria, Coimbra, Braga and Castelo Branco with 21ºC and Funchal with 20ºC.
Temperatures are expected to remain above 20ºC throughout the weekend – except in the Algarve, where they are not expected to go above 17ºC in Sagres and 19ºC in Faro.
Generally across Portugal, temperatures will cool down significantly at night-time, especially in inland areas in the centre and north of the country where the occurrence of frost and fog is expected.
Winds will be generally weak throughout Portugal except in mountainous regions and in the Algarve where they may pick up slightly.
In contrast, cloudy skies, strong winds reaching up to 80kph and the possibility of light rain are expected in Madeira, with slight improvements over the weekend.
Azores is also expecting rainfall in some areas and moderate-to-strong winds. The Flores and Corvo islands are today under yellow alert due to the intensity of the rain.