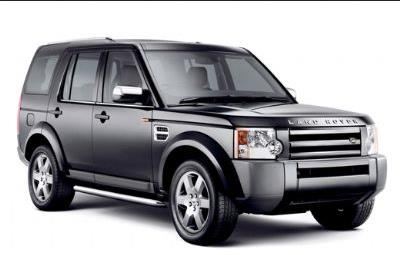 David Lewis lives in Praia da Luz with his wife Shirley, and two children, Ollie and Fraser. Having spent more than 25 years in the City of London, he is now Financial Services Manager with the Oceânico Group.

Those of you who have been following the story of our somewhat chaotic preparation for our new lives in Portugal will recall that, among all the other stresses that come with emigration, I had chosen the worst recession for 50 years in which to try to sell my British car, a big, black Land Rover Discovery.

Now, at the time we chose to leave the UK, owning any form of four wheel drive vehicle was akin to confessing to a history of cruelty to small animals. The message was very simple indeed. Driving a Land Rover quite clearly made you personally responsible for a greater output of C02 than China and America combined, and identified you as a greater threat to humanity than a North Korean satellite launch. Had he been elected at the time, I have no doubt we would have seen images of President Obama, personally overseeing the release of Guantanamo inmates, to be replaced by groups of orange boiler-suit-cladded Land Rover drivers.

Notwithstanding the fact that, where we lived at least, the roads were likely to be as pock-marked as a 15-year-old  adolescent with a hamburger addiction, Land Rovers were, by Government decree, to be reviled as a blight on society.

Of course, my first reaction to hearing that we had secured a job in Portugal was to take the car with me. What a great car for some of the less well manicured Portuguese roads. How comforting to know that my family would be safe from the occasional tourist who forgets which side of the road we drive on. How useful to have the extra space needed to move stuff to our new home.

But no. I had, of course, failed to factor in the vagaries of the Portuguese import system. Now we all know that what the Portuguese authorities do in terms of the importation of non-Portuguese cars is, technically, illegal. I can also accept that almost every European country bends EU rules in one way or another to suit their own economy. But no-one will ever convince me that stopping me from bringing my own, six month old vehicle – fully paid for, fully serviced and brimful of all of the latest safety equipment to help prevent accident and injury, is a bad thing for Portugal.

Anyway, she had to go and, as I have told you before, is now the transport of choice for sheep, pigs and other assorted animals on a farm somewhere in Wales.

The authorities might have beaten me with the Disco but they would not beat me with my wife’s two year old V50! This car was going to get an exemption from import tax even if I had to employ Lisbon’s finest legal brains to do it!

As it happened, we have encountered a brilliant chap called Miguel who promised that he would lead us, ever so gently, through the labyrinth of procedure and the maze of bureaucracy that would eventually end, we hoped, with that elusive Holy Grail, the import exemption certificate. Now, I’m a patient bloke, by and large. Those who know me would probably tell you that I am relatively laid back, not one to blow his top at the drop of a hat. I have to tell you, however, that if the French lay claim to the ‘crime de passion’ than, in Portugal, we must surely lay claim to the world’s first ‘Crime de Absolutely Bloody Beside Myself with Uncontrollable Frustration’.

Have you ever taken your car for its inspection at an IPO station? Firstly, if you haven’t removed the plastic cover that nowadays is found over most modern car engines, then don’t expect anyone to even start work on your car. The fact that removal usually involves pulling at two clips, before lifting away the offending cover is irrelevant. If they can’t see the engine then, as far as a Portuguese IPO inspector is concerned, it isn’t there.

Then, there is the engine number. Now, the engine number is usually found on the Vehicle Registration document but it is important for the IPO inspector to actually see it on the engine to ensure it matches. I assume that this is in case the owner is in the curious habit of swapping engines around between cars, even allowing for the fact that, on a two year old Volvo, this might appear somewhat extreme.

No, not only must the IPO inspector see this number on the engine but it is my wife’s duty, as the vehicle’s registered owner, to show them where it is. Competent at almost everything that she is, I suspect you can count the number of times that my wife has looked at a car engine on the fingers of a lobster’s hand.

Then there is the type of engine, of course. Innocently, and naively as it turns out, I had assumed that the term ‘2.0 litre diesel engine’ shown on the vehicle registration document, would suffice. But, obviously not. The type of diesel engine can, in fact, be one of three on our particular model although why this should be of any great concern to the Portuguese authorities is beyond me. However, we were duly required to obtain a certificate from the local Volvo dealer confirming it to be ‘Type 1’. The cost of this critical information? 170 euros. Splendid.

Getting the certificate is, to be frank, a pain in the backside. On the other hand, however, the satisfaction of finally seeing our new Portuguese plates being screwed to the car (by my wife, obviously. I have already mentioned that I don’t really do tools) was fantastic.

All I need to do now is to sort out our first tax return!

David’s book, Fifty/Fifty, is available from the Griffin Bookstore in Almancil.