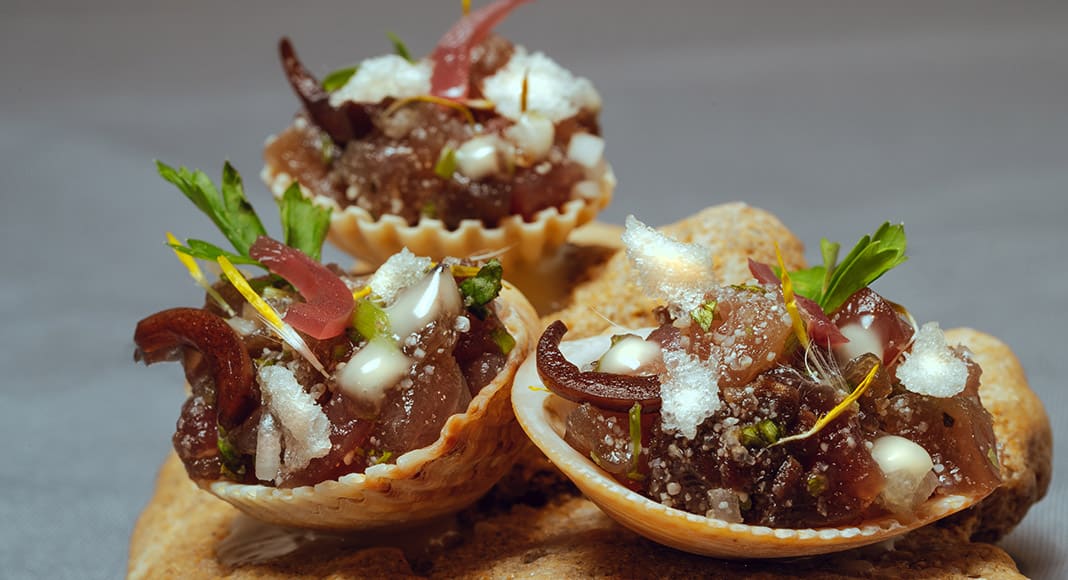 Getting a reservation at Loki is probably more difficult than at any of the region’s Michelin-starred restaurants. But here there are no pretentions of fine dining, no waiters, and no sommelier. Loki is the domain of one man; a chef with a near-obsessive passion for sustainability and regional produce, who singlehandedly cooks, serves, and even washes up for just six guests every night.

I had heard reports about this restaurant, which happens to be a favourite haunt of some of the Algarve’s top chefs, so in June, I decided to try and get a table for a group of six. Making a reservation here involves sending an e-mail to chef João Marreiros and asking when a table is next available. I was very lucky and managed to get in on someone else’s cancellation in July, by which time there was no more availability before mid-September and even October was already over half booked up.

Dinner service is at 7pm, and all guests must eat at the same time (this could be separate tables or one group of six on a single table, as was our case). We turned up to find the door closed of a restaurant that appeared to be shut but, secure of our reservation, I knocked on the door and João, immaculately turned out in chef’s whites and a smart leather apron, promptly appeared to grant us admission.

It was only after having visited that I learned João has a military background, leaving the army in 2011 after a tour of duty in Afghanistan. He had previously trained as a chef through the IEFP employment office in Portimão and, once back in civilian life, he went on to work at restaurants both in the UK and in Portugal. But wherever he worked, he felt that he did not fit in and eventually devised the idea of his own one-man show, opening Loki (named after his dog and the god of trickery in Norse mythology) in 2019.

It is only with military-style precision and a deep love of his work that one person could do what João does every day. But his work goes far beyond the kitchen and serving his guests. He has a near encyclopaedic knowledge of local produce. Raised in Monchique, he developed a passion for foraging from a young age.

Depending on the time of year, his dishes will include the likes of wild garlic and wild carrots from the countryside, samphire foraged from the Arade river estuary, and edible seaweeds that he dives for.

As we move into autumn, it is perhaps the most interesting time to visit Loki, at least for those of us with a love of mushrooms. He can identify 87 different edible mushrooms to be foraged in the forests around Monchique after the first rains. His personal favourite is Amanita caesarea, a mushroom only eaten raw, but his dishes in the autumn will also include others such as chanterelles and different varieties of boletus, some of which he dries for use year-round. He also dries his own fish and ferments ingredients such as dried turnip to make his own Mizu, both of which we enjoyed in an outstanding dashi soup dish with Jerusalem artichoke grown in his own allotment.

Every single ingredient and most of what it is served on, such as plates made by local artists, is from the Algarve and this is the guiding principle of his sustainability concept. This, however, is taken even further with his refusal to use ingredients such as sardines that are overfished and many other fish and seafood that these days are in short supply.

The only meat he uses is the premium-quality Ibérico black pig reared in Monchique, and as sugar is not allowed (since it is not made in the Algarve), desserts are sweetened naturally or with local honey. All wines are also produced in the Algarve.

A meal at Loki usually consists of around 10 small courses served over three to four hours and costing €75 per person (wine not included). What is cooked depends entirely on what he has foraged and what has been delivered from his local suppliers.

The meal starts with his own bread, which he makes from flour that he has ground himself from locally grown cereals, served with a selection of butters, likewise made by João from locally sourced fresh milk.

It is all but impossible to put a label on João’s cooking, as a dish is just as likely to have been influenced by local cuisine as it is by the food of Japan or elsewhere. What every dish has in bounds is imagination and creativity. One of the most memorable from our menu was an extremely unusual but delicious combination of fermented watermelon with seaweed and citric fruits.

As I mentioned earlier, there are no pretentions here of fine dining, and the interior of the restaurant is a humble and simply decorated space. However, the care and attention to detail both in João’s cooking and presentation take some of his dishes to the level we would expect of a Michelin-starred restaurant. 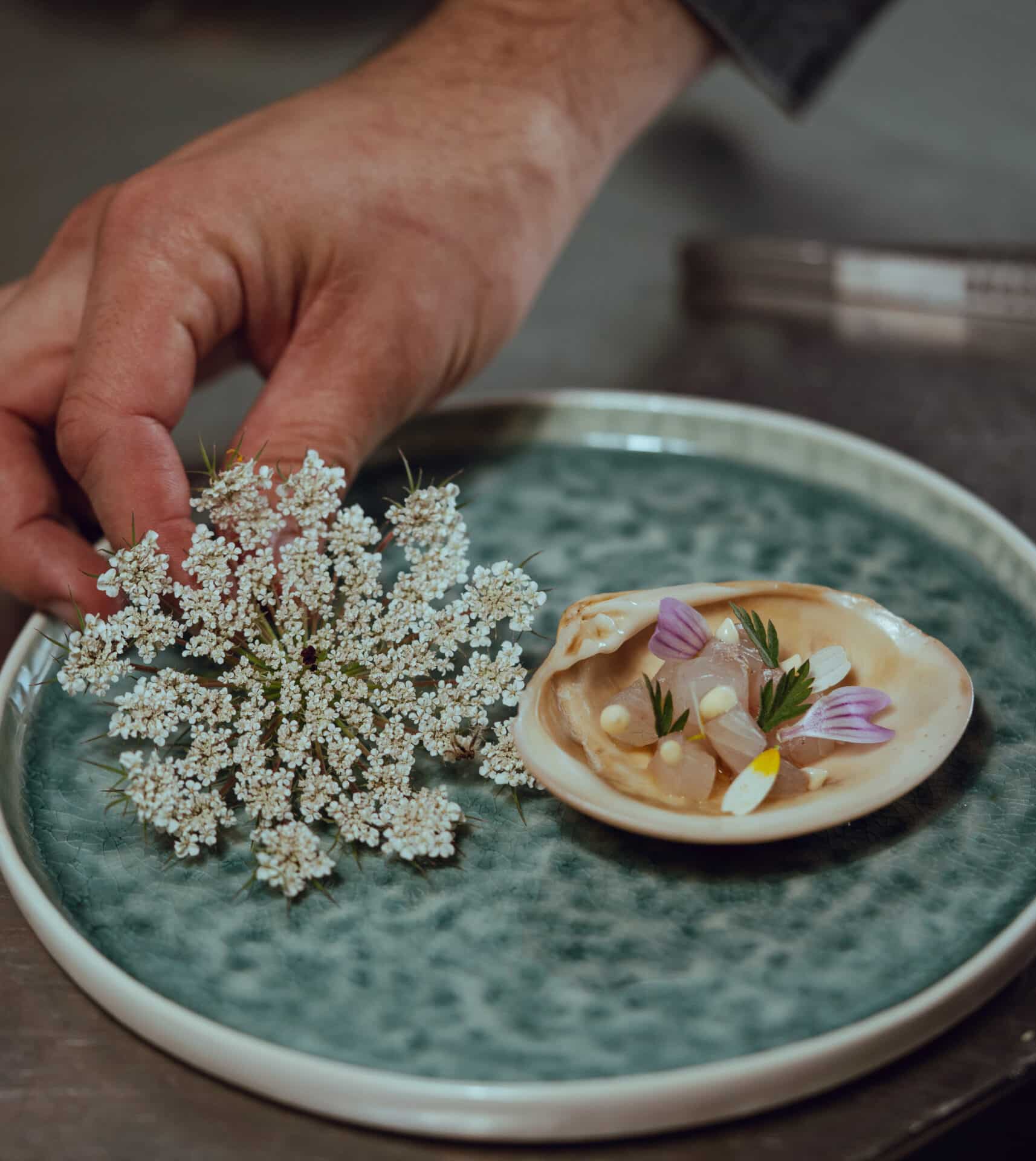 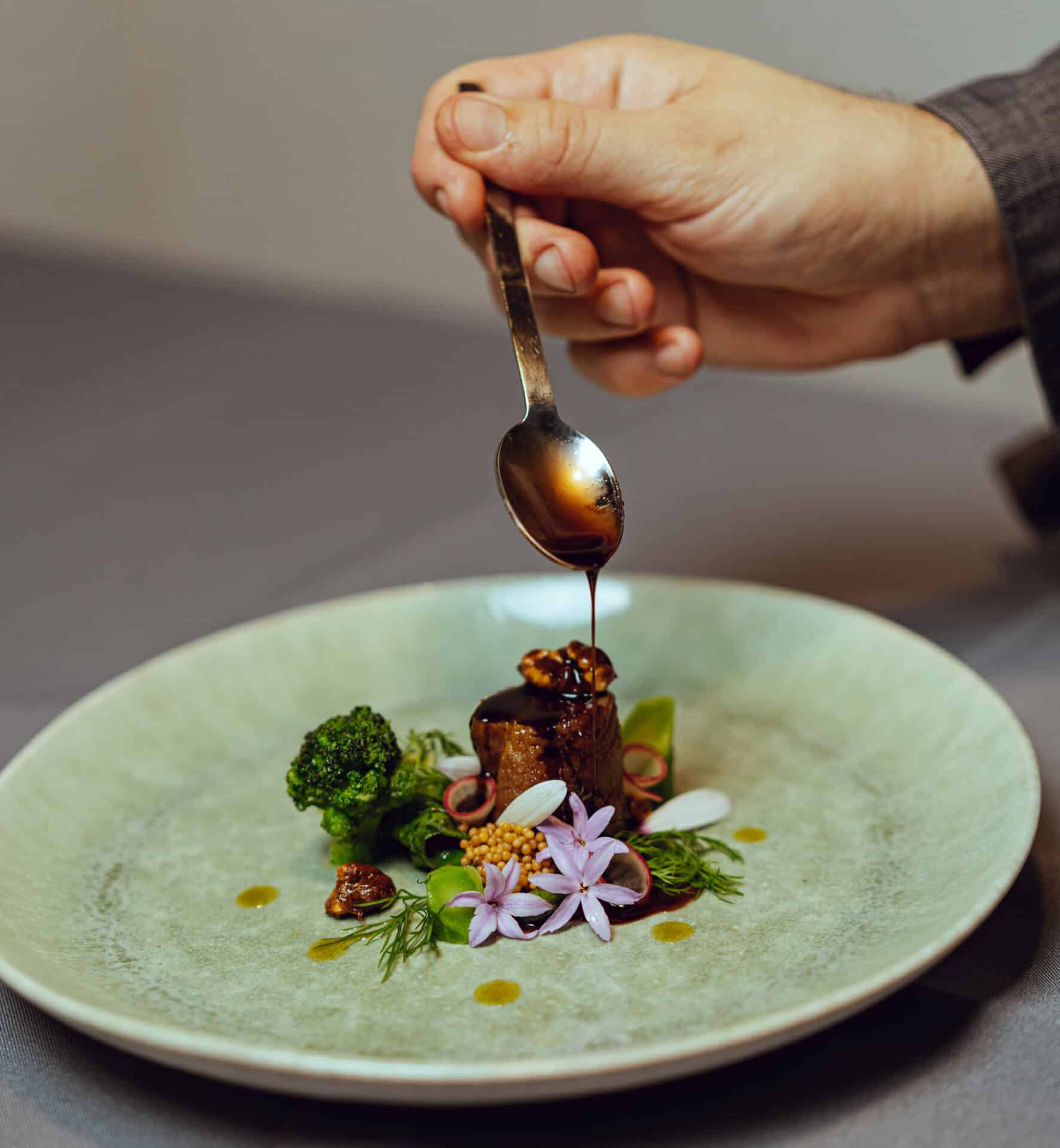 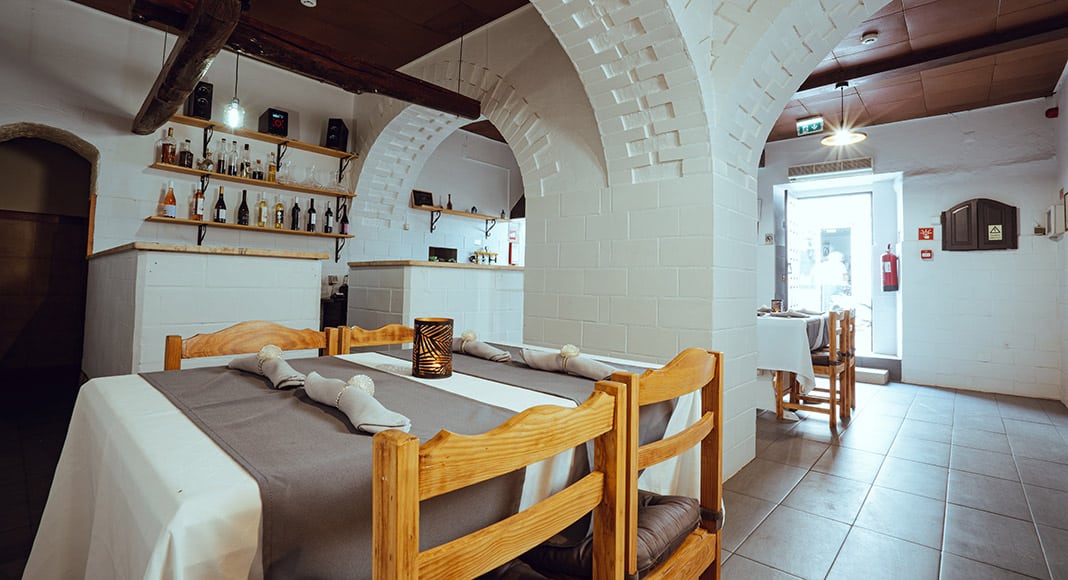 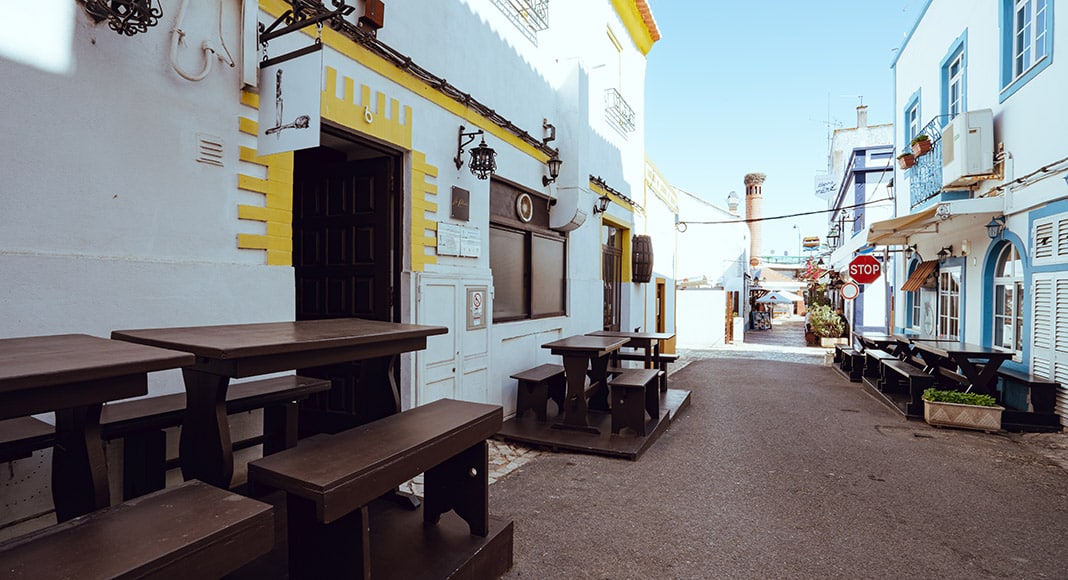 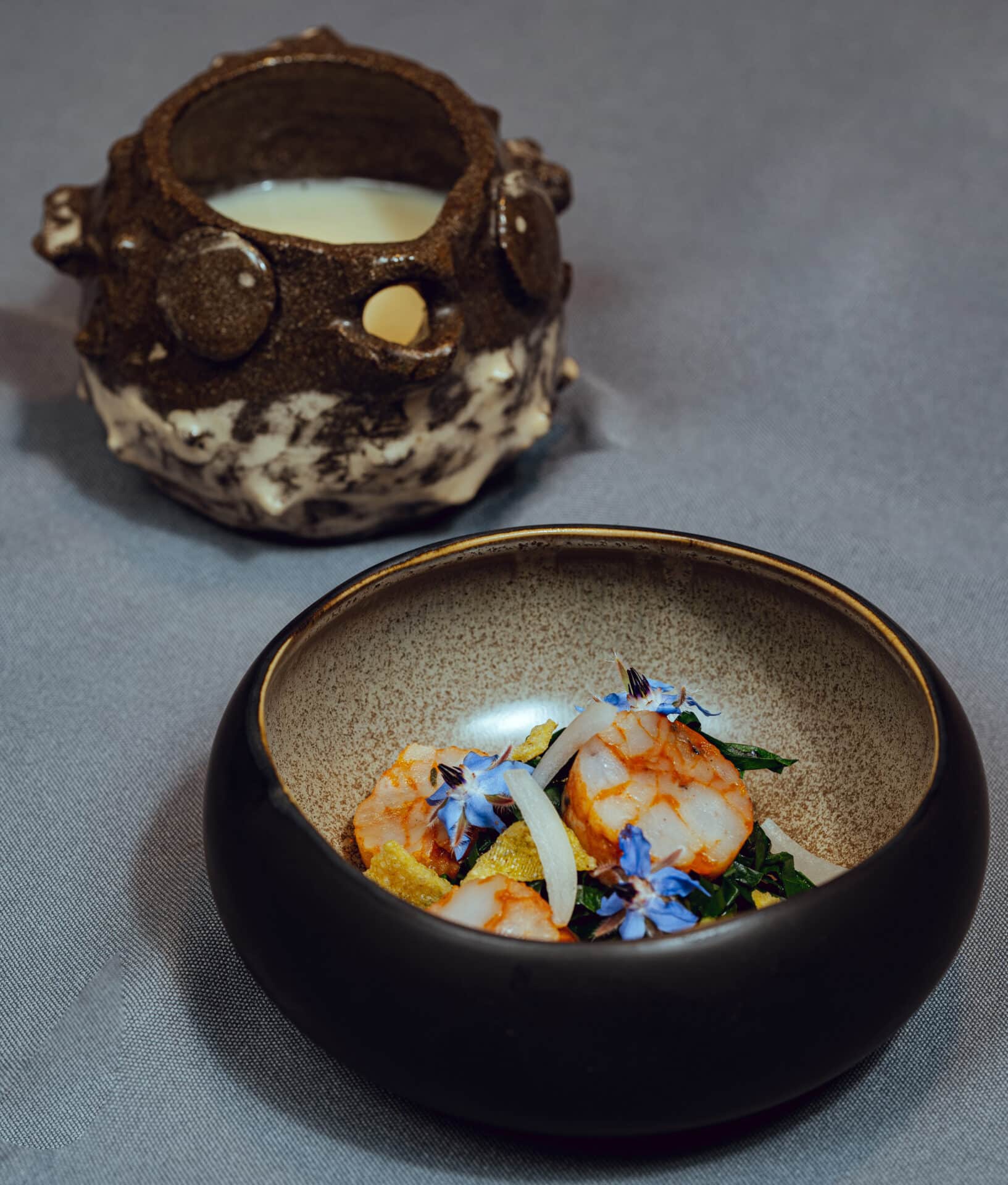 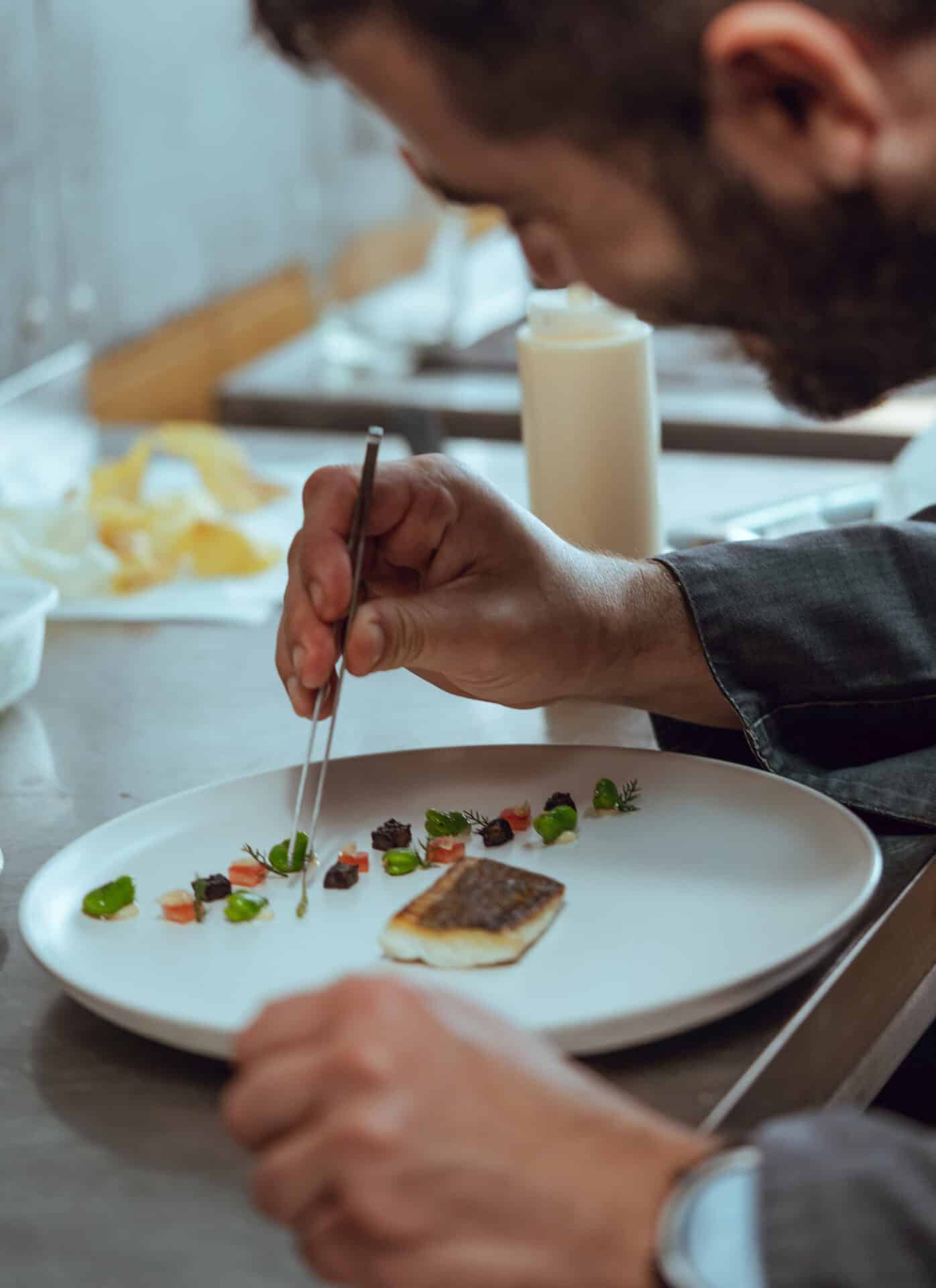 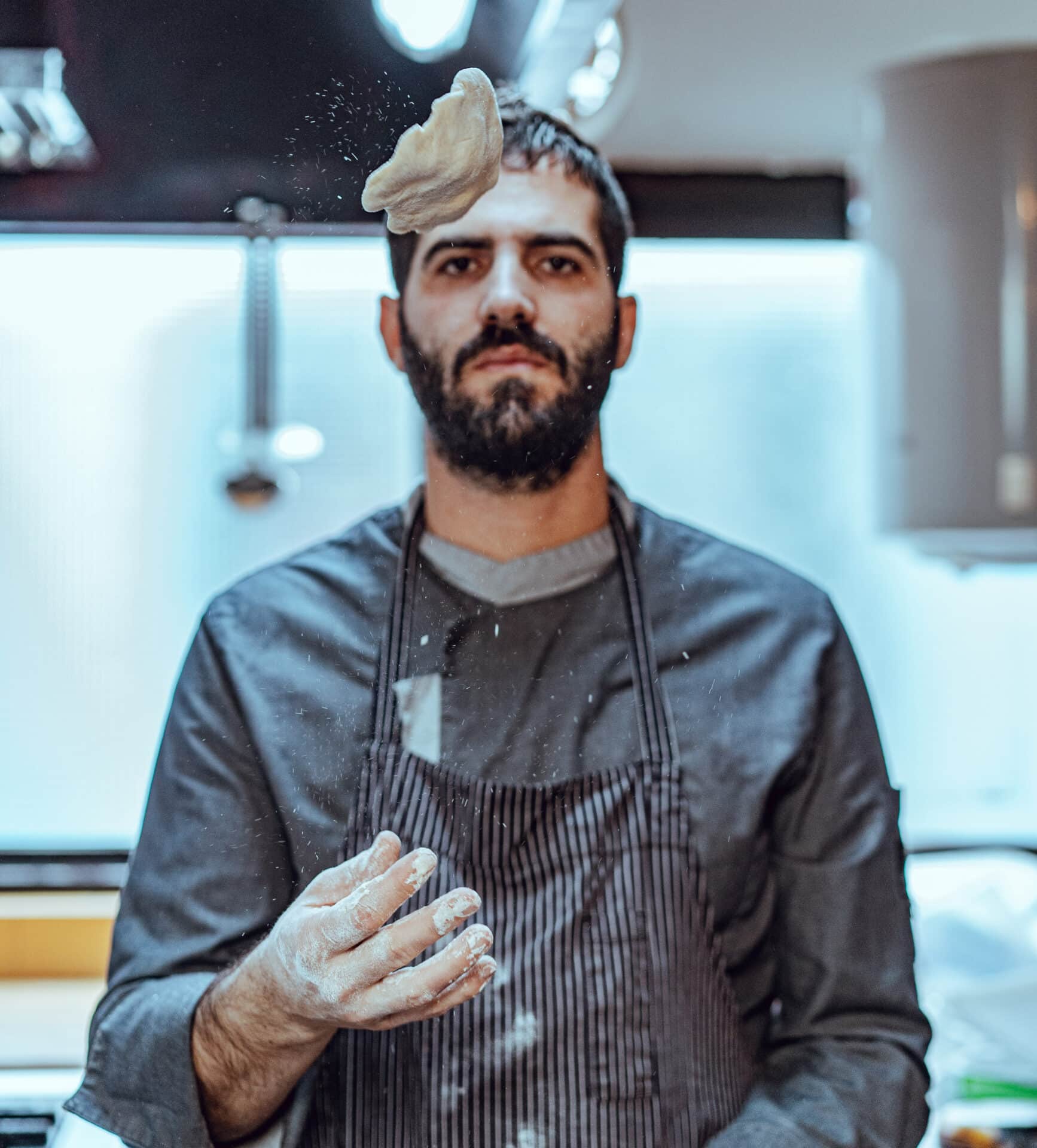 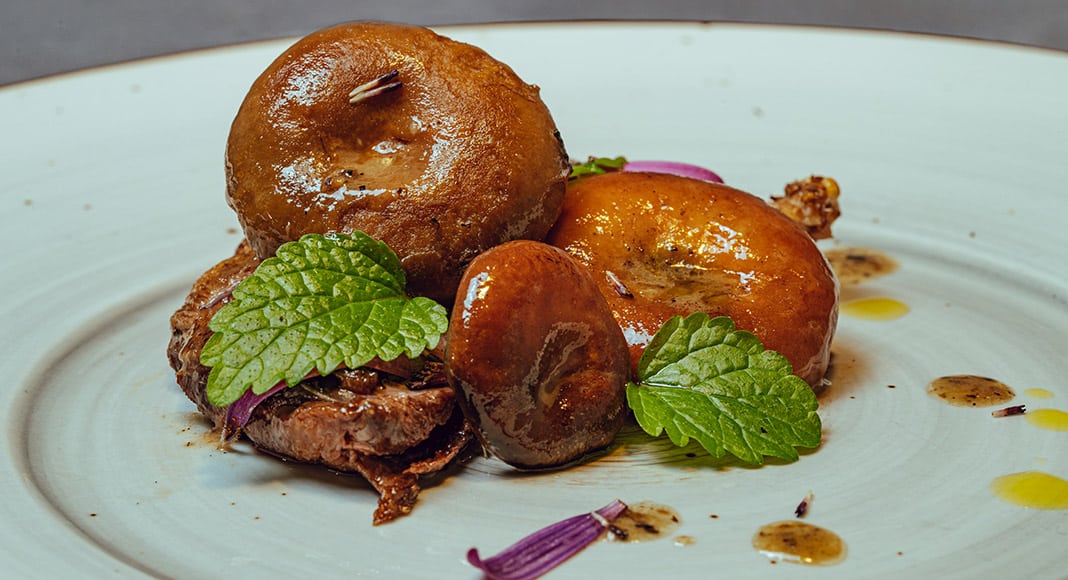