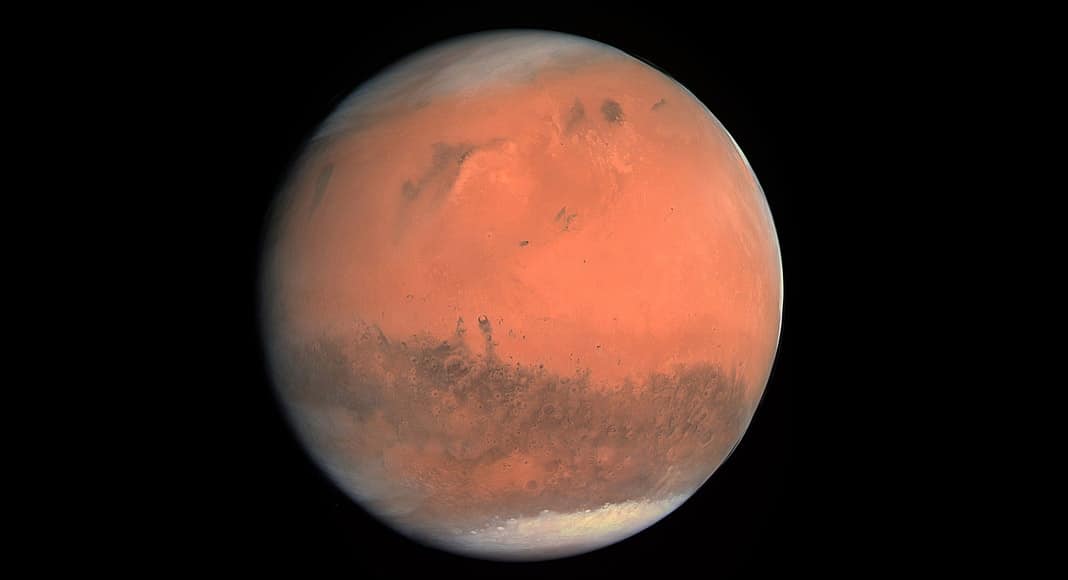 Welcome to the September night sky. This is the month of the Autumn Equinox in the northern hemisphere as the Sun crosses the celestial equator heading south. It happens on the 22nd of this month and, at that time, the length of day and night are approximately equal all over the world.

We have two reasonable meteor showers in September. The first is the Epsilon Perseids on the seventh and it is visible low in the northeast at nightfall. On the 23rd, we have the Alpha Aurigids also visible in the northeast late in the evening. This last meteor shower has been known to leave luminous smoke trails in the night sky.

The red planet Mars comes to opposition in October of this year and, at the moment, there are three space probes on their way there. They were all launched in the month of July of this year with the UAE Hope mission being the least ambitious with a simple Mars-orbiting spacecraft.

China has its HX1 mission to land a small Rover on Mars in April 2021. The most sophisticated is the NASA Perseverance atomic-powered lander due to touch down on Mars in Jezero crater on February 18, 2021.

The ESA and Russia had their ExoMars mission, but it is not ready yet; perhaps it will happen next year. NASA’s mission will also test a drone to fly over the surface of Mars in a proof of concept design as it carries no science instruments.

Jezero crater is the most difficult landing site yet but has the potential to be the most rewarding in the search for life and the suitability for human-landing sites. There is a plan to send a probe back to Jezero crater in a few years’ time to retrieve and return interesting rock samples. This is technically challenging but possible.

Planet Mars is currently in the constellation of Pisces and can be seen rising in the east as soon as it is fully dark. During the month, it will brighten noticeably and will show its characteristic red hue.

Through a telescope, Mars is still quite small, but, at opposition time in October, it will be possible to see surface markings with a 4inch aperture telescope at a magnification of 100 times.

Development Bank to be up and running by early November