Portugal Resident
Home Original The road and the roads 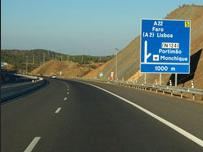 Eduardo Oliveira Costa is a journalist and publisher of several newspapers across Portugal. He is on the board of several organisations, is president of a football club, and has a keen interest in the press, among other media, and the business environment.

I would like to express my admiration of your capacity as manager of the public companies where you have worked in recent years.

You have saved many hundreds of millions of euros for our State by sorting out that entity RTP that sucked all of the money from us contributors, and on top of that making the television channel an exemplary Public Service.

Now they ask you to resolve another big hole in another public company, which everyone says has no possible salvation: the Estradas de Portugal, Roads of Portugal.

I am now worried, as I have found out that some of our politicians and members of parliament are against the salary that you will earn. From the numbers that have been published, I confess that I think it isn’t a lot, taking into account the task that awaits you!

Of course our politicians must be annoyed, because they ask themselves, what right does the manager of a state company have to earn more than they do!

I feel like reminding the members of parliament of the nation that they should rub their hands with glee when a public company is handed to someone who knows how to manage it! And pay them properly.

This, if they want to properly ensure their wages and many other perks.

For these reasons, my dear, don’t worry, because in the end they will be the first ones to say how well spent your salary was!