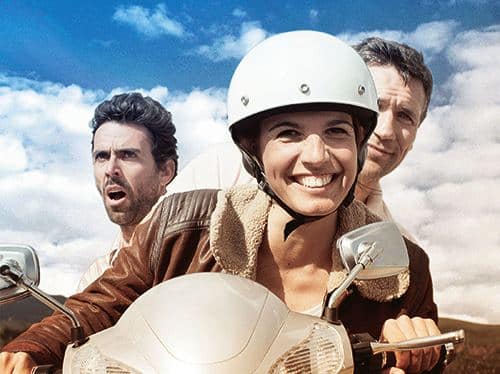 September 18, 2014
Directed by: Kristjan Knigge; Starring: Mark Killeen, Miguel Damião, Lúcia Moniz; Genre: Comedy | Drama | Romance; Age: +12; Time: 93min
If life gives you oranges, make The Right Juice. The film is a comedic drama about a 40-something ex-banker who moves from London to the Algarve to re-invent himself as an orange farmer. Through his quest to find water for his trees, save his marriage and make peace with his past he discovers that simply changing the venue and his career doesn’t deliver the life changes he expects. He finds out that he’s up against all odds but among new friends. In the words of one of the mentors he meets along the way: “Sometimes a man need not change what he does, but why he does it.”