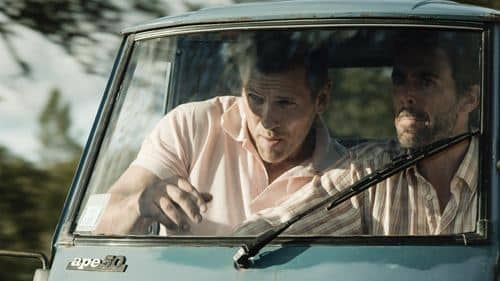 Cinema || Whilst its world premiere took place at the prestigious Atlanta Film Festival in the US earlier this year, those in Portugal will have to wait a little longer for the official Portuguese premiere of the Algarve’s first foreign language feature film – The Right Juice (TRJ). The movie’s producer, BJ Boulter, has told the Algarve Resident that they are planning to hold the premiere until late August or early September, as the choice of a date is still dependant on a venue.
The film’s team is also awaiting a decision regarding its distribution in Portugal.
The tongue-in-cheek dramatic comedy, financed by Portuguese-based companies and local people as well as a crowd-funding initiative, is a brave attempt at promoting Portugal for all the right reasons. Director Kristjan Knigge said at the outset that the low-budget independent film was designed to help boost the Algarve as a tourist destination, and showcase Portugal’s potential as a film location.