I have been writing about cars for 13 years. But it was a watch brand that made it possible for me to meet one of my heroes.

Two weeks ago, I was at Watches & Wonders Geneva for the biggest watch event of the year. It’s an otherworldly event with an enormous budget reserved for retailers and journalists from all around the globe.

The watch and the car industries are often very closely related for the obvious reason that many of the clients are the same. It’s not hard to find a petrolhead who also loves watches and vice-versa, and partnerships between brands from both sides are often established.

In the lead up to W&W, I was able to get interviews with two giant names of the automotive and watchmaking industry – who just happen to be best friends: Mr. Jacky Ickx and Mr. Karl-Friedrich Scheufele.

I will talk about Mr. Scheufele if and when I write about the Mille Miglia, the historical road race. Since 1988, the event’s main sponsor has been Swiss watchmaker Chopard, the last family-owned high-end watchmaker. And Mr. Scheufele is Chopard’s CEO.

Mr. Scheufele and Mr. Ickx met because the Belgian driver had bought a Chopard watch and, unlike us common mortals, could easily get in touch with the company’s owner. So he did.

I arrived at the Chopard stand and Mr. Ickx’s personal assistant took me to meet him. It was his first interview of the day, so that may explain why he seemed like the nicest man on the planet. Or maybe he actually is.

Bernard Jacques Ickx was born on the first day of 1945. He never dreamed of being a racing driver, but life had other plans and didn’t want one of the greatest natural talents in the history of motorsport to be lost to some other profession.

Jacky, as he became known, is a six-time 24 Hours of Le Mans winner, eight-time GP winner, he came second in the Formula 1 World Championship twice and, incredibly, after retiring from single seaters, he won the Paris-Dakar in a Mercedes G-Class with the actor Claude Brasseur as his co-pilot.

Mr. Ickx has a suave, soft manner about him, and his every word is a fascinating tale for someone like me. I had only 30 minutes to ask questions about 32 years of racing and his relationship with Chopard. There was not one second of silence, believe me.

At some point, I asked Mr. Ickx what was Enzo Ferrari like. The Old Man had a reputation for being hard on his drivers, of putting his brand first in any and every situation.

“Mr. Ferrari and I always had a very good relationship. I never had any problems with him, and I liked him a lot. You have to understand he had lost many drivers throughout the years, drivers with whom he was close, like Gilles [Villeneuve] and Peter [Collins], and so he built this armour around him, which meant he made a choice not to create those bonds again.”

Mr. Ickx came second for Scuderia Ferrari in 1979 and 1980. He lost to Jacky Stewart and Jochen Rindt, respectively, and never became an F1 world champion.

His greatest racing achievement is those six Le Mans’ wins, only bettered by Tom Kristensen in recent years with seven to his name. The Rainmaster, an expression coined by reporters of the time to describe Jacky’s skills in the rain, took one win for Ford in 1969, one for Mirage in 1975 and four for Porsche in 1976, 1977, 1981 and 1982. He is a living legend for both Ferrari and Porsche fans – a distinction he shares with just one other driver in history, his friend Derek Bell.

We talked about some other matters. How he, driving an F2 car at the Nürburgring in 1967, managed to qualify third, behind Jim Clark and Denny Hulme but in front of the rest of the F1 field. Got that? He placed 3rd on the F1 grid driving an F2 car. Man, I wish I was alive to witness that.

We talked about how he wanted to be a gardener but somehow got into motorcycle racing, developing his skills for five years in the wet and on ice before stepping up to four-wheels. And we talked about his love for watches, the Chopard brand and how it is an honour to be involved with what he calls “a family” that has taken him in and never let him go.

Jacky has now co-designed a total of six watches for Chopard, all in the Mille Miglia product line, a result of that sponsorship of the race he still attends every year. They look fabulous and are worth quite a lot in the second-hand watch market.

In the end, I asked Mr. Ickx if he saw himself as a Ferrari man or a Porsche man. There was a pause. He smiled. By then he already knew I was an obsessed Ferrarista and we had both agreed Charles Leclerc might take the F1 title this year for the Scuderia. So, he said: “You know … there is only one Ferrari and when you drive for this brand … it is unique”.

Being a gentleman, maybe he said it to make me happy, but I’ll take it. They say never meet your heroes. They are probably right, but I am glad I didn’t listen.

Jacky Ickx is one of the greatest drivers ever to sit in a racing car and a true living legend. He took 30 minutes of his life to talk to me and I am grateful for that. I won’t, however, hold it against him if he forgets all about them. Me? I hope he won’t hold it against me that I will always remember them.

You want to know how good Mr. Ickx was in the rain? Listen to this: 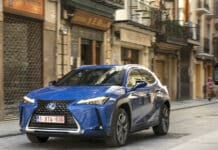 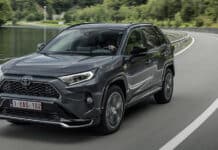 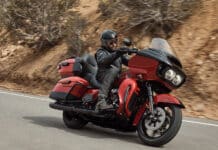 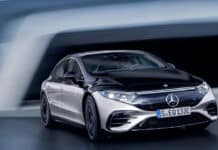 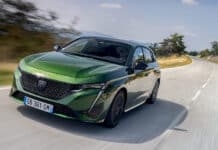 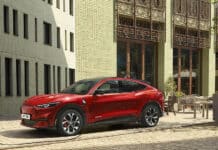