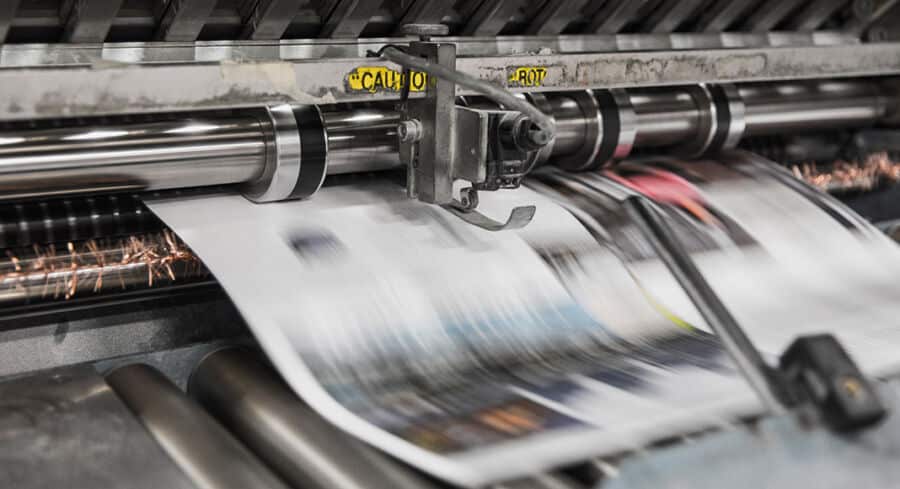 The United Nations Secretary-General António Guterres promotes World Press Freedom Day annually on May 3 to raise awareness of the fundamental importance of press freedom and remind governments of their duty to respect and uphold the right to freedom of expression enshrined under the 1948 Universal Declaration of Human Rights.

“Journalists and media workers are crucial in helping us make informed decisions,” the former Portuguese prime minister pointed out last May. “As the world fights the COVID-19 pandemic, those decisions can make the difference between life and death. On World Press Freedom Day we call on governments – and others – to guarantee that journalists can do their job throughout the COVID-19 pandemic and beyond.

Secretary-General Guterres said last week that, “during the pandemic and other crises, including the climate emergency, journalists and media workers are helping us navigate a fast-changing and often overwhelming landscape of information, while addressing dangerous inaccuracies and falsehoods. In too many countries they run too many personal risks, including new restrictions, censorship, abuse, harassment, detention and even death simply for doing their job – and the situation continues to worsen.”

The European Federation of Journalists and its members have observed clear deterioration of press freedom in Europe. It quotes a report of the Council of Europe published last week saying that the number of physical attacks on journalists and media workers as well as the cases of harassment and intimidation reached a record level in 2020.

The Reporters Without Borders press freedom index showing the independence of the media and how safe and free it is for journalists around the world to do their job shows a continuing improvement in Portugal’s status from 2013 to 2021. Portugal is currently 9th in the world rankings, after Norway, Finland, Sweden, Denmark, Costa Rica, the Netherlands, Jamaica and New Zealand. The United Kingdom is ranked 33rd and the United States 44th.

The main problem facing journalists in Portugal as in Europe generally has been pandemic budget cuts that has affected even some of the biggest news companies and has resulted in job losses or reduced pay.

The Washington-based International Consortium of Investigative Journalists (ICIJ), whose global team of reporters revealed the leaked ‘Panama Papers’ in May 2016, is an example of journalistic excellence, but even it regularly seeks donations to keep going.

Important information passed on to the public by local, regional or national media may not be as well researched and accurately reported as ICIJ, a major reason being that many are understaffed with journalists who are unduly pressurised not only to meet tight deadlines, but produce too many headline stories that fit with their employers’ political and commercial leanings. This in some cases encourages ‘churnalism’ as opposed to journalism. Some papers are prepared to virtually plagiarise even ‘exclusive’ stories from other papers.

Ironically coinciding with Press Freedom Day, Madeleine McCann disappeared 14 years ago on May 3. The mystery became the most reported missing person case in history. It has obsessed the media and millions of readers and viewers around the world. When reporting on the official suspects during the initial Portuguese investigation into the disappearance, some British tabloids published reports that were inaccurate or fake – or blatantly libellous. These papers were held to account in court and ordered to pay hundreds of thousands of pounds in damages.

On the other hand, the long libel action taken by Madeleine’s parents, Kate and Gerry McCann, against the former Portuguese detective Gonçalo Amaral for allegations in his book The truth of the Lie, was overturned on appeal by Portugal’s Supreme Court on the grounds that the author was entitled to freedom of expression. An outcome is awaited from the European Court of Human Rights in Strasbourg on the McCann’s appeal against the judgement of Portugal’s highest court.

Meanwhile in the social media, the ethics of those commenting in any way on whoever or whatever they choose is something else. With almost unlimited freedom of expression, anonymous social media trolls don’t mind making the most despicable comments knowing they can still get away with it.

In principle, universal freedom of expression is highly desirable, but it still has a long way to go.