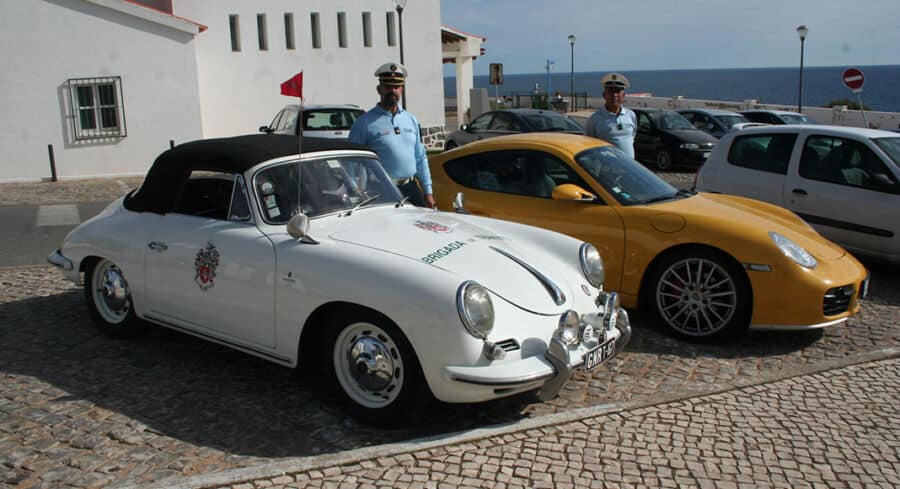 The international bicycle race that crossed Carvoeiro on Sunday afternoon was, in itself, enough pretext for venturing outdoors. For those who chose to watch the cyclists as they accelerated past the church after the steep climb, their attention was drawn to two prim and proper GNR officials standing abreast a white convertible patrol car …

Any car aficionado present would have quickly identified the unusual vehicle as a 356 model Porsche. The look of disbelief on many faces, however, was due to the bold black markings on all sides of the sportscar clearly indicating that this was a genuine ‘Brigada de Trânsito’ patrol car. Closer inspection, at the rear, revealed that it was a ‘1600 Super’ model.

On further investigation, the more senior of the two very courteous GNR officials indicated it was a 1961 model year, and one of two used by the Brigada at the time. The other one was unfortunately written off in an accident. It turned out that the duo had driven down from Lisbon for the bicycle event and, yes, they had the top down all the way here!

Germany also used Porsche 356s for motorway patrol while the Gendarmerie in France preferred blue Alpine Renault sportscars. As for the UK, had you been speeding in the early 60s, you would most likely have been nabbed by cops in a V8-engined Daimler Dart sportscar. A few years later, two-door Ford Lotus Cortinas took over as high-speed patrol cars. And in Italy, the Carabinieri even boasted a single 250 GTE Ferrari coupé in the early 60s! The V12-engined car still exists to this day.

A lengthy conversation with the two GNR officials also revealed that the Porsche is one of several cars used by police forces in Portugal that reside in a museum up north. Maybe Guilherme Marques, the Algarve Resident’s car expert journalist, can tell us more on that.

If you missed seeing the Brigada’s Porsche, there is a photo of an identical one (in 1963) on the last page of ‘Porsche em Portugal Os Primeiros Passos’, written by José Barros Rodrigues, a leading Porsche historian who is none other than the Porsche dealer in Faro. 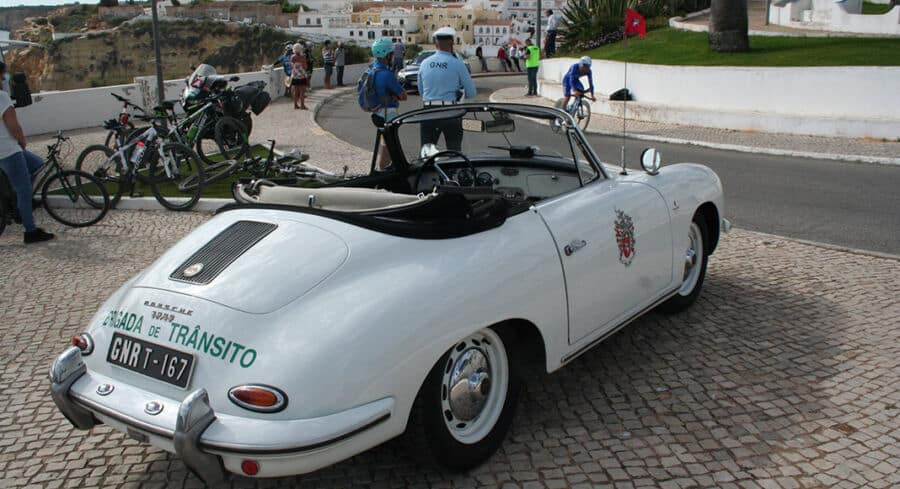 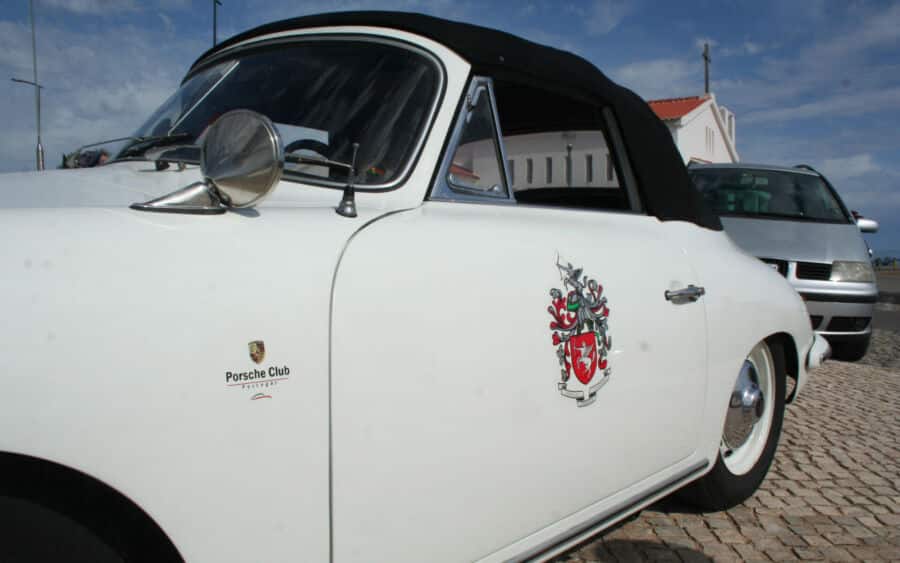 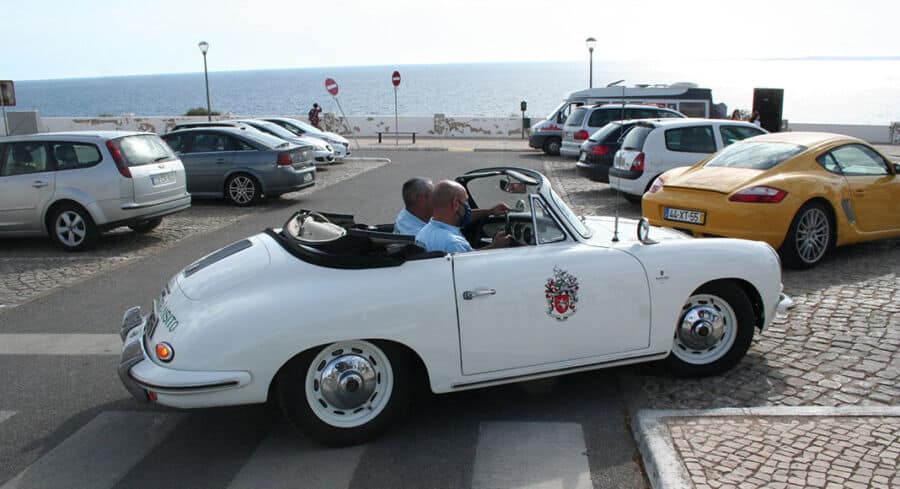 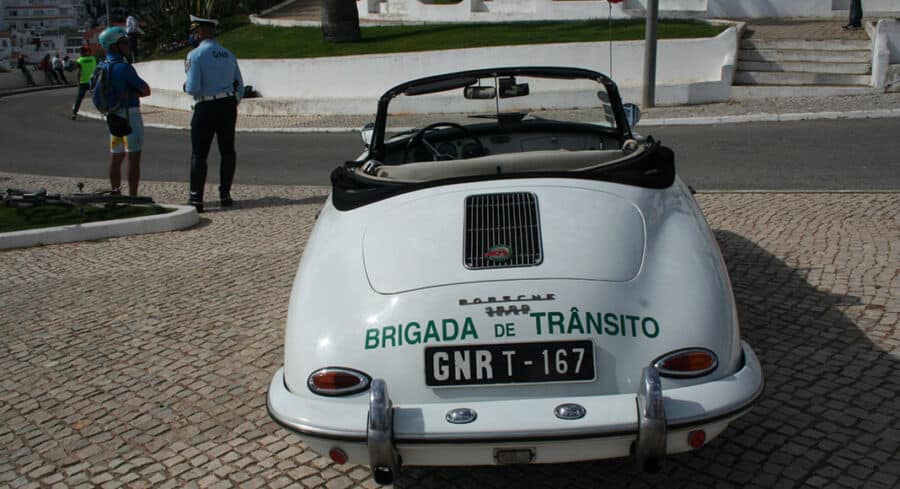 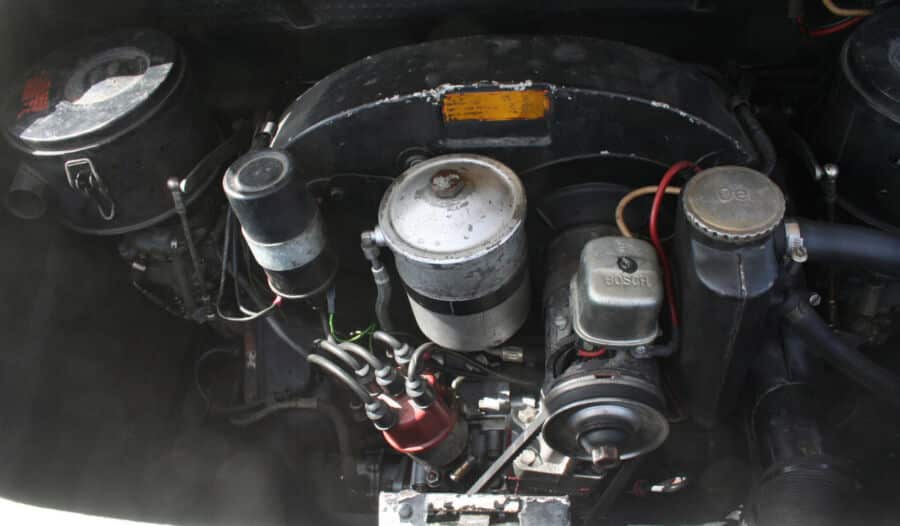 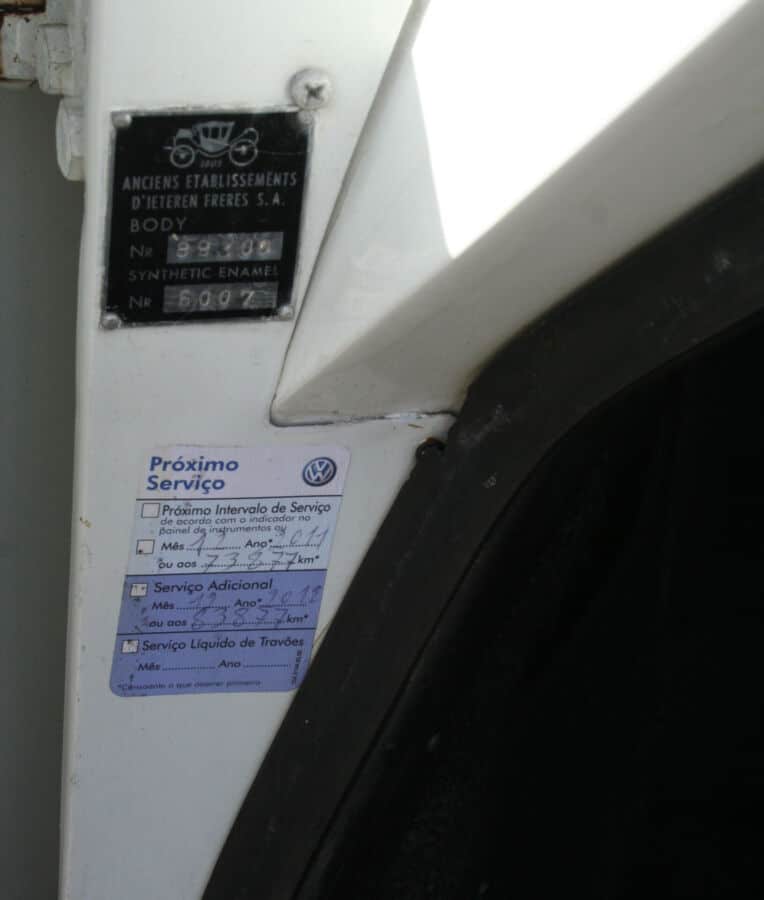