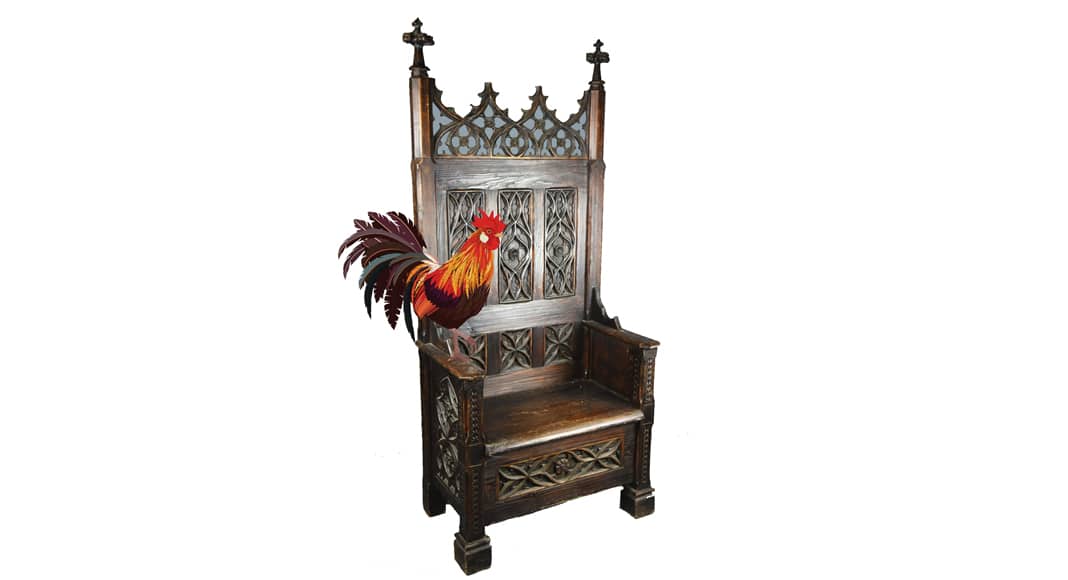 In a few weeks, the curtain will rise on The Algarveans’ production of “A Bunch of Amateurs” which co-writer Nick Newman describes as a love letter to amateur dramatics having never forgotten “the excitement, terrors, passion and sheer fun of Am-Drams”.

Hollywood has-been Jefferson Steel attempts to revive his career but finds himself amongst a bunch of enthusiastic amateur thespians. Jefferson’s monstrous ego, vanity and insecurity are tested by the local thespians – who demonstrate their own egos, vanities and insecurities. As acting worlds collide, Jefferson discovers he isn’t so different from the character he has to play.

We asked the cast of “A Bunch of Amateurs” to share with us some of their memorable am-dram moments.

Tracey Christiansen, playing Steel’s adoring fan Mary Plunkett, recalls the perils of Christmas pantos. “Matinée performances for young audiences were always unpredictable. As Alice in ‘Dick Whittington’, I had several solos but the moment a romantic song began, the children turned their attention to their snacks. It was challenging singing to the rustling of crisps and loud comments of ‘I hate soppy songs. This is so boring!’”

Having to adlib to cover an onstage problem requires fast thinking. Tony Sanders, playing Stratford Players’ pompous leading light Nigel Dewbury, remembers his role as Rochester in “Jane Eyre”. “I rang the bell to summon the housekeeper, played by Gloria Costa. Unfortunately, Gloria failed to appear – she was in the dressing room and didn’t hear her cue – so I quipped to Jane, ‘You can’t get the staff these days. I’ll show you to your room myself.’”

Gloria has never missed an entrance since!

Yes, mishaps occasionally occur both in professional and amateur productions, much to the cast’s horror and sometimes the audience’s delight.

“A Bunch of Amateurs” will be performed in English at the 300-seat Carlos do Carmo Auditorium in Lagoa on February 27, 28 and 29 at 7.45pm. Tickets at €12 are available at all Worten and Fnac stores as well as the Auditorium and Convento de S. José box offices, or online at www.ticketline.pt. For all enquiries, visit www.thealgarveans.com