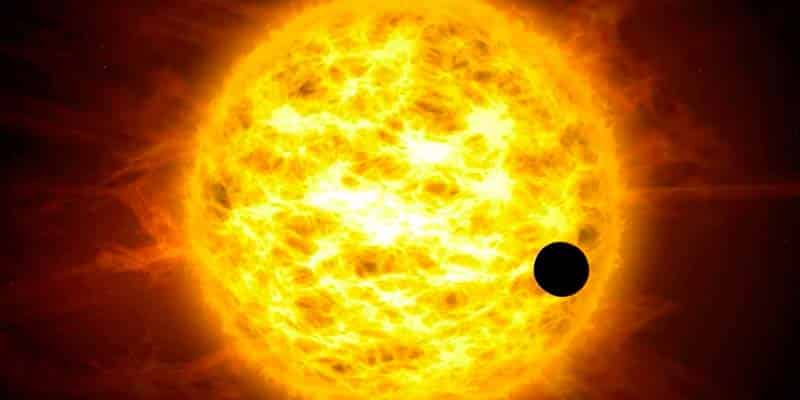 Welcome to the November night sky. This is the month in most of Europe, when the first night frosts appear, making any all-night meteor watching rather unattractive. To compensate for this, there is an astronomical event visible during the warm sunshine of a November afternoon. This is a transit of the planet Mercury across the face of the Sun.

Planetary transits are fairly rare events and, in the case of Mercury, they can only happen during the months of May or November. The last time this occurred was on May 9, 2016, and the next one after this year’s one won’t be until November 13, 2032.

The show starts at 12.35pm on November 11 when the tiny black dot of Mercury will start to cross the brilliant disc of the Sun. The total event lasts about five hours and 30 minutes, with Mercury leaving the solar disc at around 6pm.

This event has little scientific value now but, in centuries past, it was a method to measure the size of the Solar System. In order to see this event, you don’t need a telescope, but it is absolutely essential to use a proper solar filter made for visual use. Also, remember that in relation to the sun, the planet Mercury is very small and will only be seen as a pinprick of darkness against the glare of the Sun.

There are currently no bright planets visible in the evening night sky, but we have at least two good meteor showers in November. The first is the Taurids on the night of the 5th, and this shower is well known for producing so-called fireballs in the past. On the night of the 17th, we have the sometimes spectacular Leonids from the comet Tuttle.

The Leonids can be strong every 33 years, with 1999 being excellent with thousands of shooting stars seen. Coincidently, 2032 – the year of the next transit of Mercury – may also be the next best year for a Leonid meteor storm.

As far as the stars are concerned in November, the grand winter constellation of Orion the Hunter is well up in the east as darkness falls, and Sirius, the brightest star in the night sky, will be seen sparkling low down on the south-eastern horizon at this time.

When bright stars are low on the horizon, the depth of the earth’s atmosphere is at its greatest, and this breaks the starlight up into multiple colours of the rainbow. The effect of this can be quite startling with a natural effect appearing almost supernatural for someone who is not familiar with the glory of the night sky.