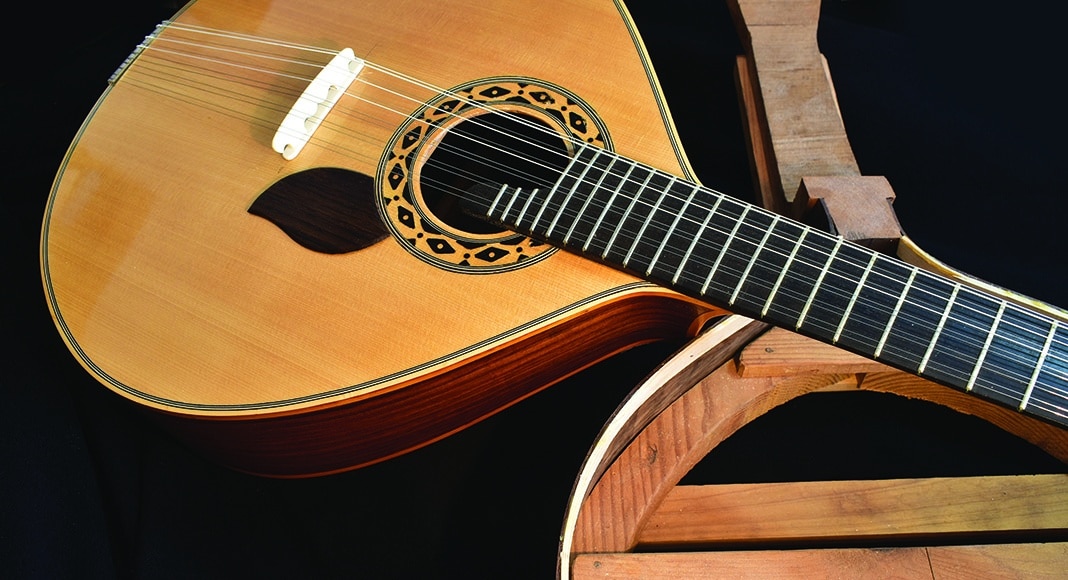 Bob Tidy delves into the makings of the perfect Portuguese guitar

I first tuned into the sound of the guitar when l was a child and l still love it today in all its various forms. For me, there is something captivating about hearing a Blues run on a vintage Gibson, a Spanish Bolero, or the strummed rhythm of an acoustic Rock ballad. But my fascination for the instrument runs much deeper than just personal enjoyment.

The Portuguese guitar, previously known as a Cittern, might be simply seen as a variation of similar instruments found around the world, but with its own characteristics, unique features and distinctive sound, it stands alone. It is often described as being symbolic of the nation or an icon of Portuguese identity, and whilst such a claim to fame is undeniable, this only tells part of the story of why it has become so iconic and so popular. 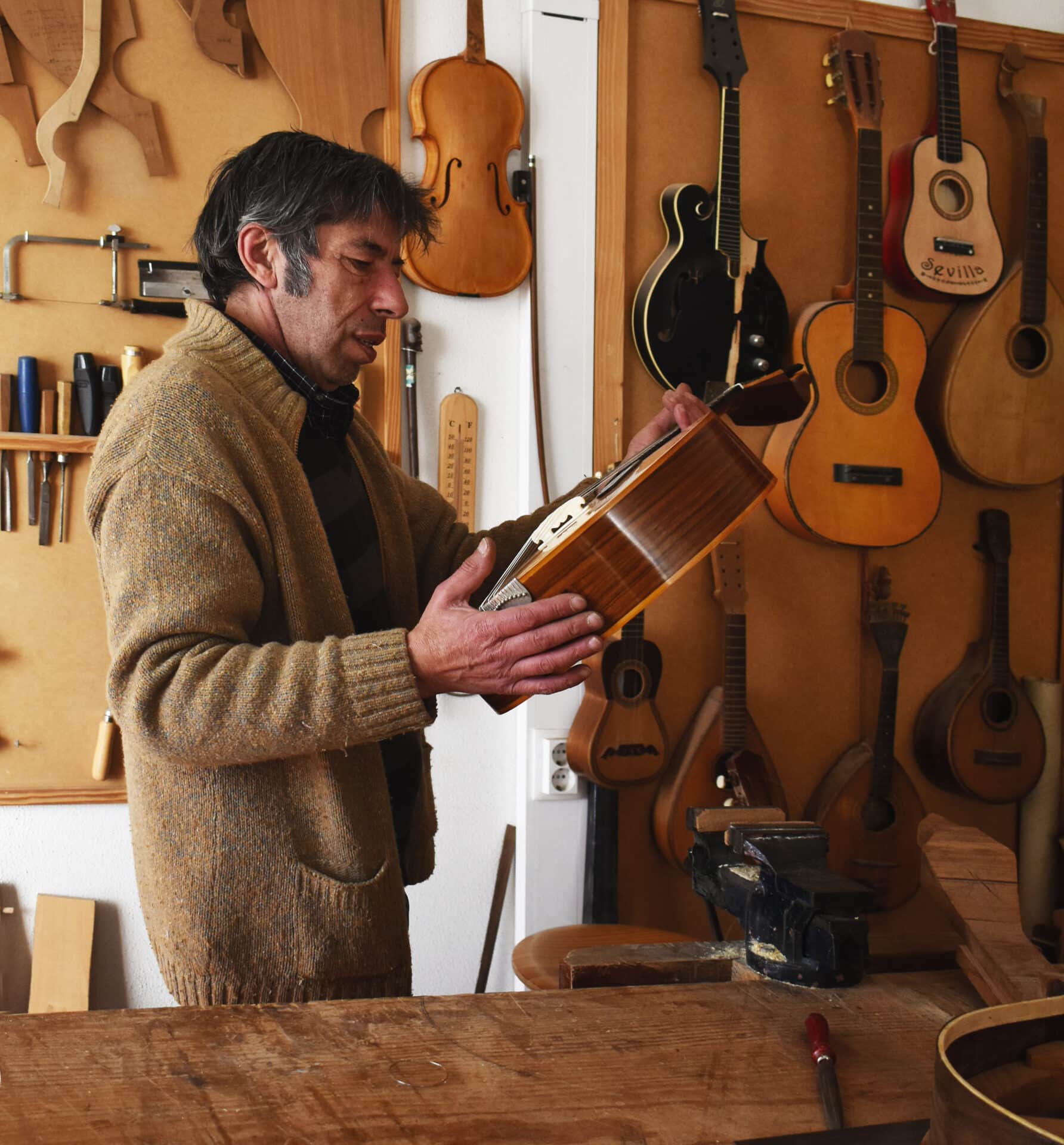 Any guitar on its own is just a musical instrument, but when combined and put into context with a style of dance or song, then the magic begins. In the same way that a Spanish guitar lives with Flamenco, Portuguese guitar is married to Fado and once that unbreakable connection was made and embraced by the people of the nation, it became their music and an expression of their passion.

Before l relate to the history of this social connection, l first wanted to understand why this wonderful-looking instrument sounds so good. Most guitars you usually hear have six strings, but the Portuguese guitar has 12 (six sets of two) that are strung with more tension than an acoustic guitar, and this combination gives it a really crisp and clear, resonating sound. 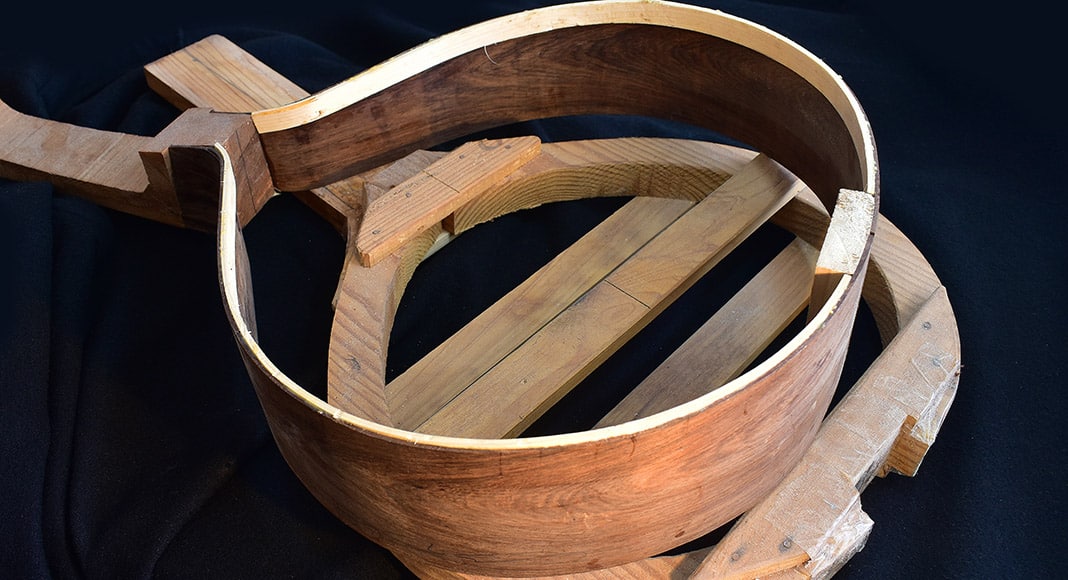 Being difficult to change the strings and to keep them in tune, it also has a unique ‘watch key’ tuning system at the top of the fretboard that is both very efficient and adds to the elegance of its design. Like so much of this country’s artistic history, attention to design and incredible craftsmanship have produced instruments of real beauty with the use of precious woods, carvings, gold inlays and intricate design.

Fortunately, one such craftsman, Manuel Amorim, has a small workshop in Loulé and he was very happy for me to squeeze in, have a chat and to explore. Here, the walls and shelves are filled with the kind of tools, glass jars and bits and pieces that you would expect to find in your grandfather’s shed. 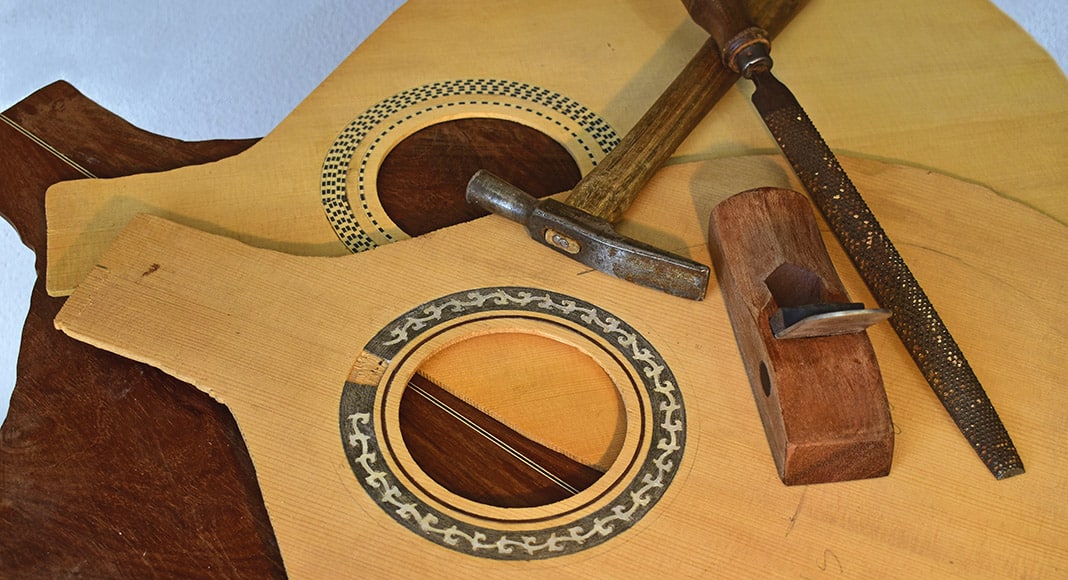 Naturally, a lot of today’s guitars are production made to a very high standard, but it felt reassuring that the tradition of making instruments by hand is still very much alive. I observed a modest man who likes taking his time, and clearly patience is a real virtue in his line of work.

Manuel tells me that it takes around six months to complete one, as he showed me the types of hardwoods that come from countries like Honduras and Brazil, the mother of pearl and other premium materials used to make finger picks and inlays for the carved decoration. 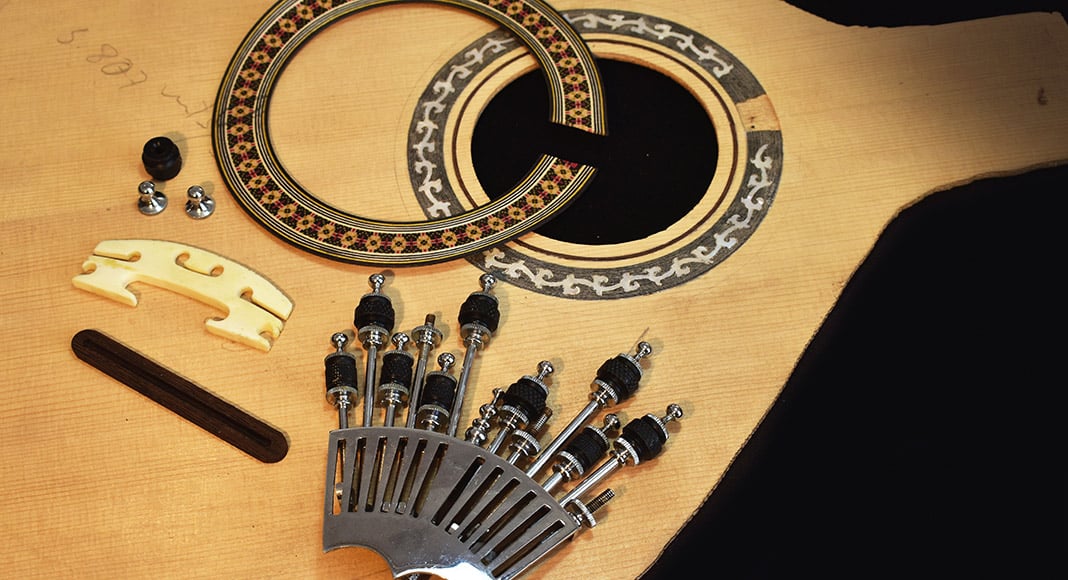 However, what impressed me most was a little jar of white powder that came down from one of the shelves. It felt like he was sharing a secret as he teasingly asked if I knew what it was. Of course I didn’t. It was finely powdered volcanic rock that is used to sand and smooth down the wood, at the same time sealing the pores to stop it breathing. Not only does this allow the varnish to coat it better but it also affects the acoustics of the sound.

Turning my attention to the history of the guitar and the tradition of Fado, there appears to be more than one version, and I prefer to let the historians sort out the truth from the myth and concentrate on another often-used expression that explains the origins of Fado and its melancholy mood. Fado is the Portuguese Blues. It may have been the case, as some historians suggest, that the slaves that were brought over to Portugal from Brazil introduced their songs of troubled times and hardship, like the slaves in the Mississippi Delta did to the rest of America. Probably nearer the truth is that it was the Portuguese sailors of the great Age of Discovery that were responsible. 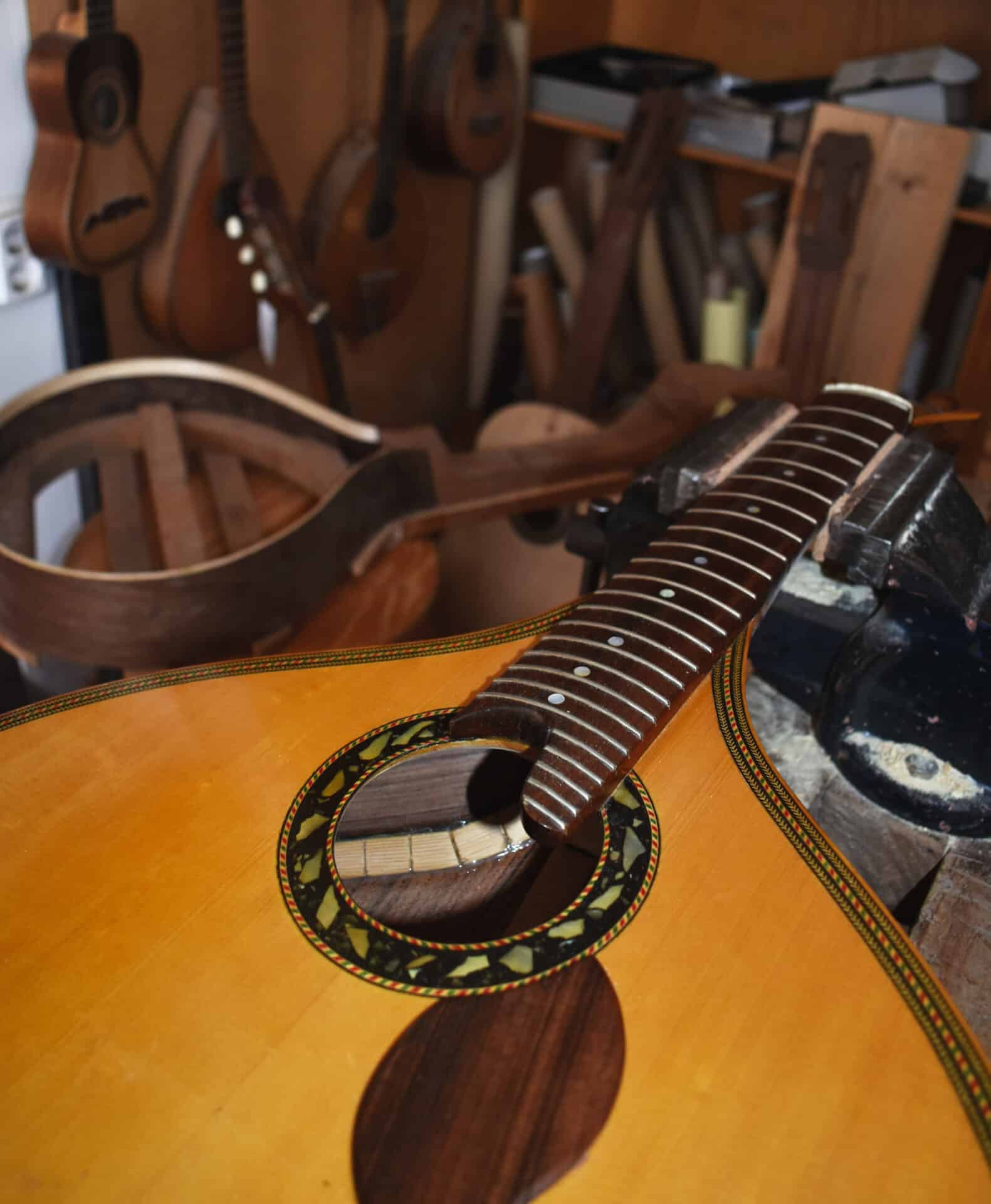 Either way, these songs of missing home and loved ones, frustration of a seemingly futile life and repression took root. Over time, it had become common for anyone with a message to share to sing their songs in the crowded taverns of the poorer areas of Lisbon, fuelled by alcohol and accompanied by the basic versions of the Cittern of the period. And there was plenty of scandal to add to the mix.

Maria Severa was born in Lisbon in 1820. Of gypsy ancestry, she has been described as a gracious courtesan and is one of the first to be recorded as both singing Fado and playing guitar in the downtown taverns. One of her notorious lovers was a nobleman from the court of Vimioso and she died young with tuberculosis at only 26.

But enough of history; the more important point of her story, that became popularised in both a novel and later a play, is that her life shows us the very humble origin of this icon of Portuguese identity. For me, this is the heart of the matter, because affordable musical instruments and a place to share your songs with others are all that people really need to have a good time, let out their frustrations and express their passions. 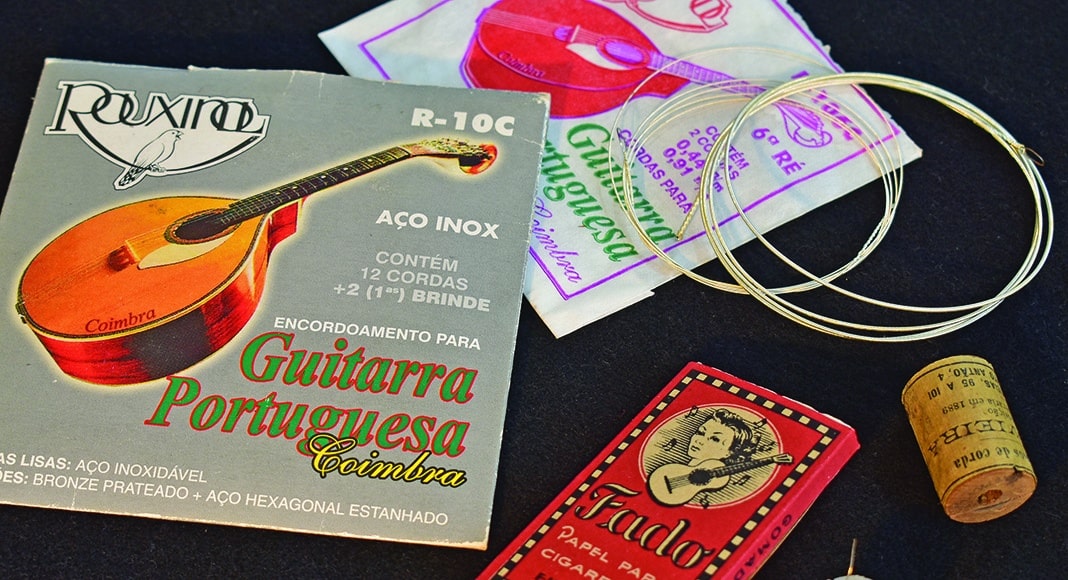 This concept of singing with passion highlights another important aspect of the Portuguese guitar – the difference between the Coimbra and Lisbon types. Apart from the difference in shape of the head of the fretboard, the Coimbra guitar is strung to a lower pitch for the male voice.

Being the country’s main university city, the young men of the period are said to have played their guitars under the windows of the young ladies and sing their songs of love and farewell to their bohemian days as they get ready for the next stage in life. The birth of serenading? I am not sure the Italians would agree.

If you thought there is rivalry between this country’s football clubs, then consider that back in the day, if you tried to take your Lisbon-type guitar to play in Coimbra, they simply would not let you in. It seems clear that this battleground of exactly where Fado originated and whose style of playing is the most authentic is still alive today.

Fado has developed with time and the sound of some of today’s performers is very different from that of the past, but the basic melancholy mood will remain at its core and the guitar will always reflect the nature of the song. It all reminds me of the wonderful philosophical song by the late and great George Harrison when he wrote, “I look at you all / See the love there that’s sleeping / While my guitar gently weeps”. 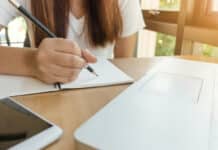 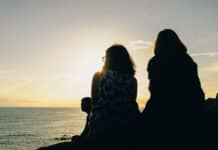 Redesign your life to experience ease, joy and fulfilment