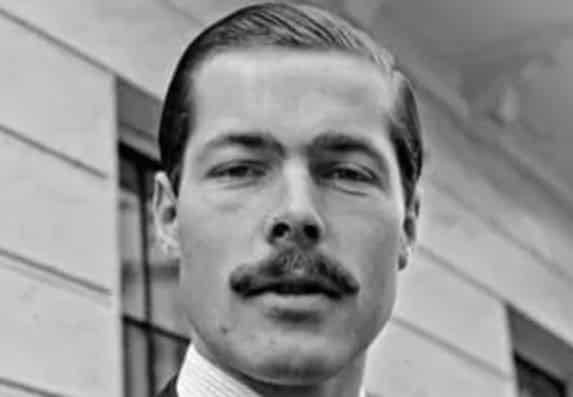 Almost half a century after the mysterious disappearance of John Bingham, the 7th Earl of Lucan, best known as Lord Lucan, two new pieces of intriguing information have emerged about his presence in the Algarve.

He is said to have vanished without trace in November 1974, the day after he allegedly killed his children’s nanny and brutally attacked his estranged wife with an iron bar in his home in Belgravia, central London.

The crimes were investigated by London’s Metropolitan Police who then held a cold case review in 2004, the findings of which had never been made public until some details were published last week by the Daily Mail.

The Met had apparently tracked down and interviewed a woman who claimed she had seen Lord Lucan at a party in the Algarve just weeks after his disappearance.

If indeed Lord Lucan was in the Algarve in late 1974, this would have been the first and only sighting of him anywhere after his alleged crimes against the nanny, Sandra Rivett, and his estranged wife, Veronica.

What we know for sure, as we revealed in 2017, is that Lord Lucan made a very private visit to the Algarve with his three children the summer before the violence in his Belgravia home.

The 1973 visit was confirmed by Lord Lucan’s wife, who believed he had committed suicide after the attacks. Lady Lucan, then officially entitled the Dowager Countess of Lucan, told me: “My late husband visited the Algarve with our three children, but I know nothing more about the visit.”

Lord Lucan’s presence in 1973 was confirmed in some detail by the person who arranged his visit, Liz Brewer, the former debutante who, after starting her business career in the Algarve in the 1960s, became an internationally renowned organiser of social events involving famous personalities. She arranged Lord Lucan’s visit with the London-based Algarve Agency run by her then partner Neville Roberts.

Lord Lucan, known to friends as ‘Lucky’, used to frequently walk past the agency’s office on his way to the Claremont Club, a top gambling venue owned by one of his best friends, John Aspinall.

Very few people had known of Lord Lucan’s visit in 1973 until Liz Brewer revealed in 2017 that he had stayed for a few weeks with another of his best friends, Bill Shand-Kydd, Bill’s wife Christina and their two children, in their large holiday home located between Albufeira and Quinta da Saudade.

Liz Brewer said she spent much time showing Lord Lucan around Algarve beauty spots, including some of its loveliest beaches. She found him a very personable man.

Just recently, Liz Brewer recalled that another very famous person stayed with the Shand-Kydds at the same time as Lord Lucan. It was Diana Spencer, a distant relative of Christina. Diana, who came to the Algarve with her younger brother, turned 12 that summer. It was eight years before she married Prince Charles, now King Charles lll.

Lord Lucan’s visit was said to have been a special birthday visit, but it is not clear whose birthday was being celebrated. Diana’s birthday was on July 1. Christina’s was on August 3. Perhaps the celebratory visit was for both.

That aside, Liz Brewer was not surprised by the claim that a woman, who has not been named, saw Lucan at a party in the Algarve in 1974. She rejects the allegation that he killed the nanny and battered his wife. She does not believe the popular theory that he committed suicide by jumping off a ferry into the English Channel.

She thinks it quite plausible that with the help of some of his many wealthy friends and his knowledge of the Algarve, he came here and then made his way to Africa. Portugal and its former African colonies, Angola and Mozambique, were in turmoil in 1974, the year of the ‘Carnation Revolution’.

Liz Brewer and others, including Lord Lucan’s younger brother, Hugh Bingham, said it might have been relatively easy for Lord Lucan to move to Morocco and then head south to live a new life.

Hugh Bingham, who died in South Africa in 2018, believed his brother probably fled to Portugal because he had little chance of a fair trial in England.

Unsubstantiated sightings of Lord Lucan have been reported from as far apart as Ireland, Australia and New Zealand. The latest claim that at the age of 98 he is still living in Australia as a Buddhist monk seems unlikely. While one facial recognition expert has little doubt, most analysts reject the notion.

So, the Lord Lucan mystery, like that of Madeleine McCann, remains unsolved, at least until a sure sighting or other evidence emerges.