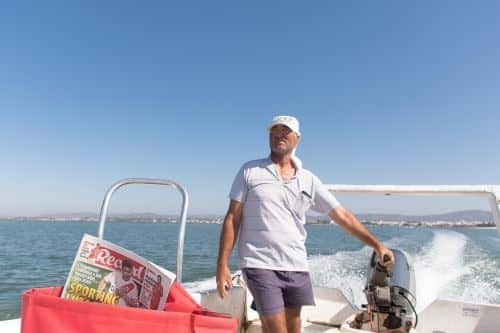 Welcome to the June night sky. This is the month of the summer Solstice when the Sun reaches its highest point in the sky as seen from the northern hemisphere and marks the start of summer. This year it occurs on June 21. This would be the longest day and shortest night of the year.

The red planet Mars is in the constellation of Leo and is high in the southwest on June evenings but it is much fainter now than earlier on in the year.

High in the south in the constellation of Virgo the ringed planet Saturn is still well visible and a splendid sight in a small telescope. The first quarter Moon will be close to Saturn on the 27th.

On the 4th to the 5th of June, there is a transit of the planet Venus across the face of the Sun. This is not visible from Portugal as it happens from 10pm on June 4 to 4am on the 5th.

Obviously the Sun is below the horizon for us at this time. The last time this happened was in 2004 and it was visible from Portugal. The next time it happens will be in December 2117 and it will not be visible from here. The next time after that would be in 2125. A transit is when one small astronomical object passes in front of another larger one.

There is a partial eclipse of the Moon on June 4 but unfortunately, like the transit of Venus, it is not visible from Portugal.

The month of June has more than a dozen documented meteor showers so on any dark clear night you should see some shooting stars. The best time for this would normally be after midnight. Also on the nights without a bright Moon.

Summer is the best time to see satellites orbiting Earth as they all shine by reflecting sunlight. At this season of the year, from hundreds of miles above the Earth’s surface, the Sun is still visible and it illuminates the satellites.

There are more than 3,000 satellites in orbit and in the summer time you can normally spot one every few minutes.

The largest and brightest of all is the International Space Station (ISS) and it can shine brighter than any star visible in the night sky. It is about 400km above the surface of the Earth and can pass overhead as seen from Portugal. It takes about 90 minutes to complete one orbit around our planet and is visible above the horizon for between three to five minutes.

Details of times during the night when the ISS is visible, along with other bright satellites, are available from specialist websites such as:  http://heavens-above.com/